In conversation with Susie Bower 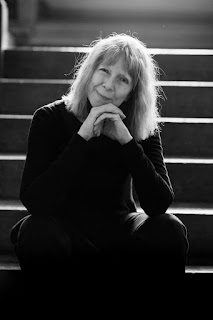 Thanks for joining me in cyberspace, Susie. Congratulations on the launch of School for Nobodies, your debut children’s book.  I know you as an artist, an author of adult fiction, and as a lover of carrot and coriander soup (when we used to meet at your flat in Falmouth, as part of a writing group).  I’m aware that you previously worked in children’s television; how much did that experience help you in writing children’s fiction?

Those were good days, when we all came together to share our work! Working in television – in Schools TV – certainly helped me write children’s fiction. I directed and wrote a series called ‘Rat-A-Tat-Tat’ for Channel 4, aimed at fostering a delight in reading and words. We animated lots of great picture books and I wrote the scripts, as well as some of the songs and stories. I spent a fair bit of time with children and it made me very aware of attention spans and what excited them. And I learned that every single word had to count.

What was the catalyst for writing a children’s book, or was it something you always wanted to do?

The catalyst was my complete failure to write another adult novel! After ‘The Making of Her’ I abandoned two novels. Then I came across an online writing community called The Novelry, run by Louise Dean. She’d just introduced a new course, The Classic, which was all about children’s literature. Doing The Classic was like stepping back in time to my own childhood – to a magical world where anything could happen. Within a week of beginning the course, I had the idea for School for Nobodies.

Is there some of you in one (or more!) of the characters?

People often ask where writers get their ideas for characters. Mine are mostly drawn from inside myself. For several years I’ve been having Internal Family Systems Therapy – a therapy exploring the many different parts or sub-personalities in one’s system and the way they work. So it’s quite therapeutic to give them expression in the characters I write – especially the crazy, bad ones! And writing for children allows me to re-experience parts of myself that never had expression in my own childhood – in this case, the inner ‘Nobody’. Because we moved so often when I was a child, I was often the newbie, the odd-one-out. Flynn personifies that misfit child inside. 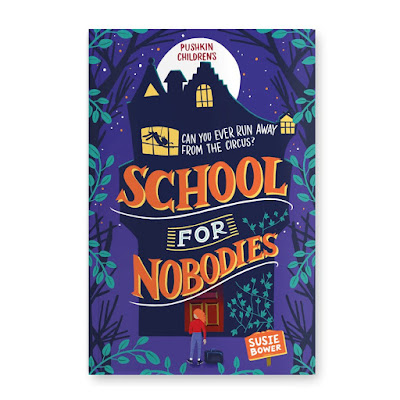 Would it be a stretch then to say that some writers write those unexpressed aspects of themselves in order to, hopefully, achieve greater integration? Or, looking at it another way, do you think we write to give those aspects a fully realised expression to make them whole?

I can’t speak for other writers, but I guess that’s why I like to write about restoration and transformation – by writing/reading about these processes, perhaps something may be activated towards them happening inside (though I wouldn’t count on it!). I do believe in homeostasis, so perhaps by giving voice and life to these less-acceptable parts of the self, some sort of internal balance can be achieved.

Do you think you will return to these characters or do you have a different book in mind for next time?

School for Nobodies is a stand-alone book – I think the ends are tied up too neatly to take it any further. And I’ve almost finished drafting the next one, another stand-alone – a very different story, which is a mash-up of Pygmalion and The Red Shoes!

Did you approach both books in the same way, and if not how did the creative process differ?

Because I write mysteries (which are like very complex and intricate jigsaw puzzles) I tend to write in a particular way. As a dyed-in-the-wool plotter, I like to have the skeleton or architecture of the book in place before I write the detail, so I’ll spend a lot of time writing what’s known as a Zero Draft – a draft-before-first-draft which is really an extended outline (my present book had a Zero Draft of 12,000 words) in which there is absolutely no craft at all – it’s just ‘getting the story down’. Then I’ll write a first draft (my least favourite part of the process) in which things may change. After that, I’ll edit. I edit rather in the way I paint – I begin by looking at the ‘big picture’, the structure. Does the story make sense? Is it being told in the most effective way? Then I move to the medium ground of character and voice. Finally, the particular, fine detail of the words themselves (though in practice, I’m moving around between all of these – it’s not an exact science!).

Zero Draft is a new one on me. It sounds preferable to my own method (for the past two books) which is to sort of walk around the book until I find a way in! I know what I’m trying to do, broadly, but it’s not structured. Do you see yourself as an author now, as opposed to a writer, and does that come with new expectations?

I love the idea of ‘walking around’ a book. Do I consider myself a writer or an author? Hmm, interesting question! ‘Author’ is sort of static. I guess I can say I’m the author of my books, but I prefer to call myself a writer. ‘Author’ sort of rests on the laurels, whereas writing is an ongoing process. If I call myself a writer, I can’t get away with anything less than actually doing it! As to expectations, I think it’s foolish to have them, particularly now. Hope, yes. How do you see yourself?

To my mind, an author is a published writer or someone who is acknowledged as the creator of something. It feels like a sales term! Do you find it easier to write 'the next book' or is there a weight of expectation?

No – the second one has definitely not been easier to write! For a whole raft of reasons – there was so much excitement and so much happening with School for Nobodies – revisions with my agent, revisions with Pushkin, copy editing and so on – that it was quite distracting (in a good way!). Then, more recently, I managed to fall and break one elbow and crack the other, needing an operation, and this was immediately followed by COVID, and the publication of School for Nobodies, which was twice postponed because of it. So focusing on writing the next one has been challenging! The difficulty of writing a second novel is that you are so aware of the process that the previous one went through, and it’s so hard not to compare the ‘shitty first draft’ with the final, polished version of the previous one...and yes, the weight of expectation (mine and others’) sits heavily on my shoulders too.

How did you get past that hurdle? (Asking for a friend…!)

Because my second book was contracted, the hurdle had to be jumped. A delivery date is a remarkably efficient incentive! I think I try to address the inner critics, the terror and the expectations in a two-pronged way: first, by sitting down and paying heed to Isak Dinesen, who wrote: ‘Write a little every day, without hope, without despair.’ Second, taking the pressure of perfection away as much as possible by writing a Zero Draft (or No-Craft-Draft) and only looking at the language in the final, ‘beauty edit’ stage of the process. Doesn’t always work, though!

Getting it down on paper / screen makes it real and I think we can lose ourselves without boundaries or form. A Zero Draft sounds like a good way to create boundaries and focus at the very early stage. Do you find that your final version is close to your original vision, or do you welcome deviations as part of the creative process?

As an inveterate plotter, I find the overall architecture of the novel tends to remain the same. But new characters and situations invariably find their way in during the writing. And revisions – both for my agent and for my editor – can also change things (for the better). During the process of writing and editing School for Nobodies, I lost two characters and gained two more!

Do you have ambitions or dreams for your books, or for yourself creatively? I have always been drawn to the idea of starting out writing something at ‘Point A’ and then, through a series of serendipitous events (which can’t, of course, be planned for!), ending up doing something I had never imagined. Whether that would be seeing one of my novels being adapted for radio, or being invited to work on a collaborative project, I want the journey.

Yes, I really relate to this! I’ve always been a dreamer and a wisher and a what-might-happen sort of gal. But it’s very weird – since lockdown, it’s as if the future’s out of bounds, and I’m focusing much more on what is, and what I’m thankful for. So it’s enough for me that I have books coming out for the next three years, hopefully; that I have an agent who really supports my book and a publisher with lots of expertise and experience.

It has been a pleasure to catch up again, Susie. I’d best let you get back to your writing!

School for Nobodies is published by Pushkin Children's Books.

Thoroughly charming and endlessly intriguing, Bower’s accomplished
debut combines a magical mystery with a heartfelt account of adoption
and trying to fit in. Written with grace and flair, School for Nobodies
exerts a luminous hold on the imagination from start to finish.
Praise in the New Statesman
https://www.newstatesman.com/best-childrens-books-fiction-summer-2020-pandemic-coronavirus-crisis
Posted by DT at 12:47