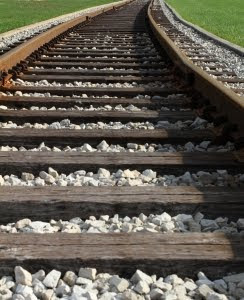 Yes, I am still cartwheeling at least four times a day. [Not literally. These are mental cartwheels. I don’t like to think of the orthopaedic consequences if I attempted a real one]

So yes, it’s all great etc, but it still has to be written and I’m realising how much of challenge it is to pull this off.

I started off by thinking about books I love with a sequel and why I love them. Unfortunately, I couldn’t put my finger on why any of them worked exactly. ‘They just do,’ said my stubborn reader's brain. So then I decided to ask online and got some very helpful advice. The tip that seems to come up again and again is the importance of having characters people really care about. I realised straight away that this was the common element in all the stories I’ve loved, from Katniss Everdeen in the Hunger Games, to Jackson Brodie in Kate Atkinson’s books to... many more I can't think of right now.

I guess every story is a journey, and if you want readers to take one to the end of one book, let alone feel like going further, they have to seriously give a damn about the characters they’re travelling with. This for me has been the single most useful piece of advice so far.

My editor tells me it can be the devil’s own job to sort things out in a second book, like wishing you hadn’t killed someone off, or making them an orphan when they need a cuple of parents later on. ‘Much better,’ she said blithely, ‘to have a good idea of the story in book two when you write the first one.’ Easy, right? Trouble is, my pesky characters have a habit of acting in unexpected ways.

So I got Googling on story structures and found a diagram that appealed to my geeky side here. I had to print off two of them and stuck them side by side on a large piece of paper. Then I drew a rough arc over the top of both that represented the overall story.

At the very least it gives me something to concentrate on when my eyes start revolving round in my head. I think it’s helping.
But if anyone out there has any further tips on carrying a story over two books, I’d love to hear them.

*I realised there isn’t even a decent term for a book and a sequel. Series implies more than two. Something like’ trilogy’ is needed, but as I saw suggested online ‘bilogy’ doesn’t quite do it. Any suggestions on that too?
Posted by Caroline Green at 06:00

Twology? No it doesn't sound quite right. Sounds like you've got your work cut out, and I have no tips as I've never written a sequel!

The character likeability factor is so important though. One of the problems I'm having in my current w-i-p is that my main characters is supposed to be not very nice to start with, but I can't make her so awful that the reader loses patience and gives up before she becomes 'nice'!

I like the idea of a structure graph though :o)

A biology? Best of luck with it, Caroline - why not do something that few, if any, writers have done, and bring a dead person back?! ;) Like Dallas! ;) I'd love to see the reviews!!

Karen, I think the key there is to make people want to know what they're going to do. I don't think you have to LIKE them as such...you can care about what happens without liking them if that makes sense?

Ooh, I love that there Film Paradigm thingie! I also loved reading this great post. Good luck with your "trilogy in two parts". That's the official terminology. ;)
Keep turning the mental cartwheels!

You had me searching dictionaries when I should be writing (thanks).
Seemingly there is no proper English word for a duology. Sequel is the best we have as far as I can see.

I like the idea of bringing back the dead. It worked for Matthew, Mark, Luke and John.

Best of luck with it!

I think it's a fab idea that you're sorting all this out beforehand.
Believe me, it will save you a hell of a lot of time in the long run.
HBx

Lol.
When I wrote book one, I didn't imagine it would ever be published, let alone become a series...so I got stuck with many an ill thought out detail.

There was also no overall story arc, though that has presented itself to me since.

I had in mind a Duet of books, which, now I've written it, sounds like something you'd probably see on a posh menu someplace.
Oooh, Bobby Ewing in the shower - happy times!

I vote for 'cause for celebration'!

Thanks for this fab diagram - makes it look so simple. ;)
AliB

This is something that thriller writer Lee Child does with brilliance in his Jack Reacher novels. The pull is Reacher himself, a larger than life badass who will stop at nothing to right the wrongs that he's drawn into.

Along the way, we find out about his past -- his family background, how come he left the military, and so on -- but those aspects are fully pertinent to the stories you encounter them, and make sense whether or not you've encountered Jack before.

Now, to blind you with science, if you want a term for how that works structurally, it's holographic. That is, each part contains the whole. Huh? Think of The Simpsons too. Every episode has consistent characters, but there's no need to see them in sequence for the stories to make sense.

From all this then, my suggestion would be that you don't necessarily need the two-book arc. Aim instead to create books that can be read whichever round way, and could even lead to further installments...

Further installments? My brain is almost melting with two!
Thanks Adrian..