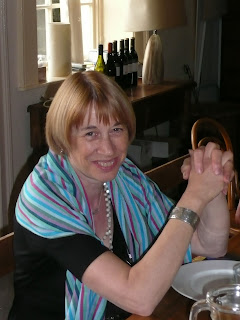 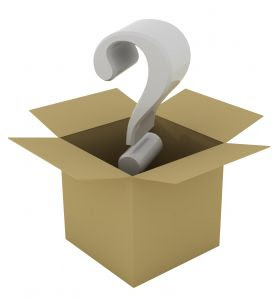 I think poetry chose me, as so often happens with poetry! I was always in love with language, and read poetry and fiction from the very first. There were lots of miscelleous books at home, and at my grandfather's house. I read poems in old school textbooks belonging to my mother and her older sisters, and even older Victorian anthologies...it was a lovely random way of discovering lots of different poems. I was particularly struck by the poem OVERHEARD ON A SALT MARSH by Harold Munro. Then in my midteens I started to write poetry and fiction.

There isn't one dominant poet for me, it is too rich an area to single one poet out. But again from the beginning Edward Thomas has been one of my key poets. Also Rilke, also Emily Dickinson.

Sometimes (rarely!) a poem arrives in ten magic minutes, needing very few tweaks from me. This is one of the Muse's rare free gifts, which poets get. Sometimes I work on a poet for over ten years, there are often multiple revisions, and also times when I set the draft aside for a fallow period. Then I go back to it. I write in longhand first, and then type up the piece, and then revise on screen, though often take it back to handwriting as that often seems necessary and useful. Eventually I have a sort of palimsest of drafts!
Every poem is an individual, with a will and a fate of its own. The poem has a desire to find its appropriate form, so it is a long process of allowing the poem to take shape....poems are often much longer in first drafts, than they are when they reach print. I cut, I try to get the poem pared back to a concentrate of language, yet remaining accessible.
The sheer process of being-in-language can often generate poems for me. The subject doesn't always occur first. There are atmospheres in language, mysteries, utterances out of the blue. Getting into the slipstream of language you discover poetry waiting for you.

- What is your shortest poem?

Years ago Peter and I challenged one another - on a long train journey - to write 100 one-line poems! And we did. But I haven't published any of them, I think they went into other poems! Maybe I should write some more one-liners!

1 Spend as much, if not more, time reading widely, all kinds of poems, as you do writing. That is a way to find your own voice, by nourishing it through reading

2 Find a good workshop and learn how to absorb criticism of your work. Also, critiquing other people's poems will sharp your critical skills on your own drafts.

3 Read your poems aloud as your draft them, and it is also worth recording your poems, to see how they sound. When you trip over a line, maybe the syntax has got cumbersome, or meaning is unclear.

4 Don't be in too much of a hurry to publish.

That I've never found my way back into writing fiction, which I had a shot at in my youth.

That wondrous one-line poem I wrote in the wet sands of Gyllingvase Beach back in June 1971.

Pass me my crystal ball.

One I wish I'd written.

- The hardest thing about poetry?

Poetry is simultaneously the easiest and the hardest thing to do in life. For me.

Time, landscape, weather, dreams, chance - such as things overheard in the street, random stuff in newspapers, etc, Memory, Paintings, Music, Travel, Found Poems, everything in the world that is strange, everything in the world that is familiar, everything that is both strange and familiar.
But over the past few years I've written a number of poems about loss. It isn't a favourite theme. But it has simply been unavoidable, given the circumstanceas in my life. But challenging situations of all kinds are helped and healed by poetry, and so it has been for me.

Emily Dickinson (though she might talk too much!)
Rilke
John Clare


Penelope Shuttle was born near London but has lived in Cornwall since 1970. She is the widow of Peter Redgrove (1932-2003).
Her most recent collection, REDGROVE’S WIFE (Bloodaxe Books 2006) was described as a book of ‘lament and celebration', and was short-listed for the Forward Prize for Best Single Collection, and for the T S Eliot Award.
Her new collection, SANDGRAIN AND HOURGLASS, appears from Bloodaxe Books in October 2010.
Penelope gives many readings of her work, and leads poetry workshops and residential courses for The Poetry School, The Arvon Foundation, Second Light Network, etc, and for Almaserra Vella (Spain) and Chateau Ventennac (South of France).
Posted by Susie Nott-Bower at 06:00

This is very timely for me with really good advice from Ms Shuttle for beginners. I am in the midst of the section "writing poetry" for my open uni course and 4 weeks in, I'm just about in the latter half of the above quote!

I find it very interesting that Ms Shuttle writes in longhand first. Maybe I ought to try that too? And of course read more poetry (esp now that I have a new author to look up in my local library!).

I found this blog really interesting - thank you, Penelope! Poetry is something which I never really read, but I do enjoy writing. And (I'm not sure if I should admit this or not!) I do find them relatively easy to write. Perhaps my poetry is rubbish? I've often wondered too what makes a good poem and I feel more enlightened now!

Will definitely try my hand at more scribblings - thanks for the inspiration, Penelope :)

A hundred one line poems! That makes flash fiction look easy! Thanks Penelope for a thought provoking post. I'm always amazed at anyone who writes anything in longhand. I seem to think quicker into the keyboard but then require a lot of editing. Maybe I should try longhand, maybe the slowing down of the process may in itself be a good thing?

This is fascinating for me, hearing about the processes involved in writing poetry...an art form I am shamefully ignorant about. Thank you Penelope for a very interesing post.

Thank you so much, Penny!
Susiex