Guest Blog by Vanessa Gebbie - The Art of the Short Story 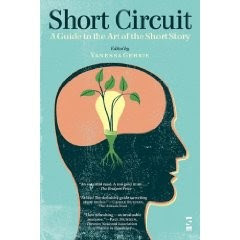 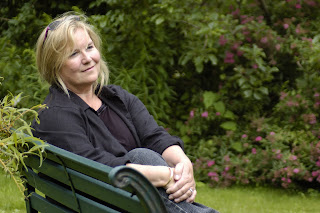 It’s a slippery thing, fiction! So I looked up a few definitions.

Story: a fictional narrative of briefer length than a novella. Then I looked up ‘Novella’ and discovered that the original ‘novels’ were probably the verbal relating of news from one town to another. The news was told to entertain as well as inform. The sequence of events changed. Some was held back, making the listeners desperate to know more…and so was born the ‘art’ of the story.

Art: the process or product of deliberately arranging elements in a way that appeals to the senses or emotions.

The short story is one of the most powerful forms of fiction. An arrangement of fictioncraft elements to elicit a response from the reader. ( Something that varies from mere enjoyment through to a real emotional punch in the gut). It is also one of the slipperiest forms of fiction –on one level it is easy to write (anyone can scribble a story in a few minutes – a sequence of events; a beginning, middle and end). But it is one of the most difficult to do well –that is the challenge for those of us who adore the form.

Maybe we love it for its power. The strength embodied in so few words, the way it can elicit a depth of emotional response that cannot be sustained (and rightly, or the reader would collapse!) for a whole novel. The way it can literally be life-changing.

Life changing? What IS this woman talking about?

I am not talking everyday page-fillers here, although they have their place. Instead, read ‘A Small Good Thing’ by Raymond Carver. Or ‘The Ledge’ by Lawrence Sargant Hall. Or ‘The Shawl’ by Cynthia Ozick. If you don’t feel changed, a little, you have not been reading properly. (All in Best American Shorts of the Century, ed: Updike)

Behind those stories is the craft of writing short fiction, applied by the masters.

I wanted a text book that would show me what was possible. Written not by a single writer but by many. By prize-winning writers who are also superb teachers. I wanted a book that did not treat me like an idiot. But neither would it treat fiction as though it was the province of academia, of the intelligent and cloistered few. It had to be fun, encouraging me to explore my own creativity whilst being solid on craft. It would not pretend that writing is a mystical happening. And it would, once I had started my journey, continue to feed me, to give me ideas, and most of all remind me that I am in the company of others.

That book now exists. It’s called Short Circuit. It has been out exactly a month today, and is already on the recommended reading lists of many writing courses. It is recommended by those behind the Bridport, Fish, Asham and Frank O Connor awards, by teachers of writing and by writers. It works.

Vanessa Gebbie’s short fiction has won many awards, including prizes at Bridport, Fish (twice), Per Contra (USA), the Daily Telegraph and the Willesden Herald, from final judges such as Zadie Smith, Tracy Chevalier, Michael Collins and Colum McCann. She is a freelance writing teacher working with adult groups at literary festivals as well as school students. In 2010 she will be teaching undergraduates at Stockholm University.
Many of her prize-winning stories are brought together for the first time in Words from a Glass Bubble (Salt, 2008). A second collection, Ed’s Wife and Other Creatures, is forthcoming.

Vanessa asks you to support independent publishers. The book can be bought direct from Salt with a 20% discount. (Also available from Amazon and the usual suspects.)
http://www.saltpublishing.com/books/sgrw/9781844717248.htm/

Thanks, Vanessa. Sounds like a most useful book - will spread the word!
Susiex

Thank you Susie, and thank you Julie. I think it's pretty good too!

I am a heathen about short stories and don't enjoy them at all, but I think this needs to change in 2010!
Thanks for an interesting post, Vanessa.

I have never written a short story. But having said that, i suppose i wrote a few in my current novel set in Ancient Egypt. Ancient Egyptians loved telling stories and spent many a night time regaling each other with tales of spooks and crocodiles, so i included a few in my novel (it was also a useful tool for giving information about a character who didn't appear until the end!).

Still, i am in awe of you 'proper' short-story writers.

Just for those of you who are unlucky enough not to have read Short Circuit yet: I bought it when it first came out and it is BRILLIANT. I recommend it wholeheartedly to anyone who is remotely interested in writing short stories, and even to those of you who are not: the short form is such a difficult one to get right that if you manage it, anything else you write is going to be improved, too.

Vanessa, thank you for writing such a useful and inspiring book. My copy is bristling with Post-It notes now, which are full of my scribbled questions and ideas. I could work from it for years!

I have asked Father Christmas for this for Christmas (directing his elves towards Salt's own website, of course)

Fingers crossed I have been a good girl this year, it looks brilliant!

Aimee's are quirky, and mesmerising. Tanias are resonant, strong, emotionally straight as a die. Nuala's are sexy. Jump in, the water's great!

Thanks Samantha - the Egyptian stories sound rather fun. Good on you. Im not sure what a 'proper' short story is! I prefer improper ones, I think...(!)

Thanks geraldine - I hope you love the book next year or whenever!

Jane - wow. What a wonderful comment. Im delighted you loved it, and want to ask you all sorts of questions!!

I hope you love the book, Jenzarina!

A thought, coming out of this comment thread. We'll try to hve a short story discussion forum linked to the SC website.. thank you for the idea, Jane S!.

I got the book a few weeks ago. It's excellent. Very well written contributions from writers who really know what they're talking about. I'd definitely recommend it. (And I'd also recommend buying it direct from Salt - small publishers like them need our support.)

Vanessa, Twitter might be a good place to have that discussion--it can work very well for such things.

Thanks, Jane, I will explore Twitter! And Anthony - thank you for a lovely endorsement. happy writing.

A Small Good Thing was startling. It didn;t seem to have a standard beginning, middle and end, and was all the better for it.

I'd recommend Irwin Shaw's collection 'God was here but he left early'. And also the stories of Damon Runyon.

My copy of SC arrived a couple of days ago. Haven't started it yet but am looking forward to it. Will take it skiing next week!

Hi womagwriter - I hope you really love the book - enjoy!

Cash Making Opportunities - The Beginning The working life is already tough enough, but the worries of being out of work was even tougher. The unsecured working environment have prompted me to search the internet for an alternative source of extra income so that I could learn how to Make Money Work for me and be Financially Independent. I listed down a number of Free Internet Business Opportunity Ideas while researching ways how people earn money online while working-from-home.......

This kind of information is very limited on internet. Nice to find the post related to my searching criteria. Your updated and informative post will be appreciated by blog loving people.