Is There Anybody There? - Guest Blog by Rosy Thornton 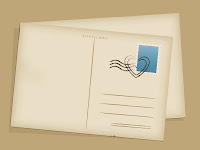 Writing – any writing – is an exercise in communication. Writing fiction, in particular, is a peculiarly intimate kind of communication. The writer creates a private world which she wants others to share and enjoy; she puts down on paper, through the medium of story, some of her most personal thoughts and feelings about life, relationships and the things that are truly important, because she feels she has ideas to impart. And then…?

For the unpublished writer, the hoped-for dialogue is all in the future; the lack of anywhere to obtain feedback and validation is a perennial and much-vented problem. But when I am published, you tell yourself, all that will change. At last people will read what I have to say. I will get to communicate.

So, your book is eventually published, your words go winging out into the world. And… nothing happens. There is no dialogue – only the same buzzing monologue there always was inside your head. After a time you receive figures of sales, and of library borrowings, and you stare at them and tell yourself that, yes, some real people must actually have read your book. But what did they think of it? Did they get past chapter three? Did they agree with you?

HELLO, you want to shout, IS THERE ANYBODY THERE?

Then one day you receive your first piece of ‘fanmail’. Now, I shouldn’t want to give the impression here that I am some kind of popular writer or anything. With three novels published, my mailbag has contained to date – from persons to whom I am unrelated – precisely five letters. But each one has been a pearl, a diamond, a precious drop of glistening response from out of the otherwise echoing void.

What I have loved about my (five) readers’ letters has been their diversity – and also the way in which, in every case, something I wrote spoke very personally to somebody somewhere whom I don’t know and will almost certainly never meet.

My first novel ends with Ipswich’s first gay wedding, on the day that the Civil Partnership Act came into force. I received an e-mail from one of the staff who was on duty at Ipswich Register Office on the day in question, and actually presided at the town’s first civil partnership ceremony. She said she felt as if the book had been written especially for her.

My second novel is set in a fictional Cambridge college. A gentleman who was at my own college many years ago wrote me a letter (signing himself gloriously with the words ‘matric. 1957’ beneath his name) to tell me how interesting it was to hear what the place was like these days – what with there being women about now, and everything.

A widowed grandmother in Western Australia got in touch to say how much she had enjoyed my book. Just one sentence, in particular, out of the many thousands I had written, had connected with her – about how the little everyday things, which used to be imbued with such meaning, suddenly seem empty and valueless when there is nobody there to share them with. She still sometimes talks to her dead husband, she admitted, even after twelve years alone. It was a comfort, she said, to read about someone else feeling the same way.

Have you read a book recently and enjoyed it? Did it resonate in any small way with the experiences of your own life?

If so, then think of the lonely and frustrated writer, sitting in isolation at her keyboard. Dig out some notepaper – or click on the author’s website and find the contact page. Write back. Let her know she has communicated: that she has been heard and understood.


Rosy Thornton is an exciting, original author of contemporary women's fiction and has three novels published by Headline Review - "More Than Love Letters", "Hearts and Minds" and this year's "Crossed Wires". Do visit her website at http://rosythornton.com/
Posted by Administrator at 15:49

How lovely for you to receive those letters, Rosy.

Great post - i'll certainly think about this next time I finish a book I love.

That's soooo true. Those rare words of appreciation are like jewels in a rather bleak desert ...

What a lovely post! I so often enjoy reading a book and wish I could tell the writer how great it was ... but then I think he or she probably hasn't got time to listen to a saddo like me, who might be a potential stalker.

And yet ... if someone comments on my blog I'm thrilled, and if anyone emails me through my website I'm doubly thrilled.

If I ever get an actual fan letter when my book is out, I'll be in raptures!

So true, Rosy - whether published or unpublished. Julia Cameron describes having no response as 'dropping pennies down an empty well' and it's sooo disheartening. I guess a longing for response is hardwired into our souls from the moment we're born and everyone (hopefully) coos over us...
Susiex

How lovely to have those letters. Makes me really, really want to receive some after my books come out (strangely it's not something I've really thought about before. Scary Amazon reviews - yes. Lovely letters - no. But that probably says a lot about me!). Did you write back?

I've never written a letter or email to an author but now I feel guilty about not contacted Lisa Jewell after something she wrote in "Vince and Joy" really resounded with me. I assumed she'd probably get loads of letters so decided not to bother. Hmmm....

Feedback - oxygen for the writer's soul! That is the nice thing about blogging - you get pretty good feedback even from the horrid trolls that don't like your work!

I agree, MOB. One of the great things about writing on the net - blogging, fanfic - is that it gives the authors immediate feedback.

Rosy - what a great post!I'm not 'famous' either but I do receive some messages and emails from readers. Like you say, each one is precious.

Caroline - I think there can be few writers who don't enjoy a message from a reader. The vast majority of us don't get that many so go ahead and write. Your words might just save a fed-up author from throwing their current book on the fire (or the cyber equivalent.)

A wonderfully warm and wise post. Thank you, Rosy!

I've contacted authors when it's been easy (ie via websites) to tell them I've loved their book, and once did it face to face. I took a writing course run by Maggie Gee and had just read a fabulous book by her. Plucked up courage to tell her how much I'd enjoyed it, feeling a bit shy about it. But she was so delighted, it made me realise that even highly successful and prominent writers need to hear praise and know they've touched someone.
Great post and has made me think about doing this more often.

Thanks for your comments, everyone.

I suspect all writers are secret approval junkies - sad but true!

Lovely post, Rosy. I'm always writing to people to tell them how much I love their stuff. I once went up to Sir Ian McKellan and had a lovely chat with him about how much I'd enjoyed his Richard. He seemed genuinely delighted. Funny how we assume these people already know how we love their stuff, but unless we tell them they won't.

Great post, Rosy. And you're so right: most of the time it feels as if you're standing on a mountain-top, singing (or whispering, or screaming) into the wind. I think the reason I'm even more moved by the PLR figures for Large Print loans is because it's small enough, and the group who'll be reading it are specific enough, that it begins to be possible to imagine them as Real People.

Sadly, the two most special and personal messages I've had (much too personal to quote here), and wanted to respond to, both ended up with my replies being bounced, though I tried every way I knew. Alison, in NZ at the time but hailing from NW United States, please do get in touch again about TMOL: your mail made me cry...

There's a great story that Jeremy Isaacs tells, of being a new young producer, making The World At War, and still not quite believing his own cheek in having persuaded Sir Laurence Olivier to do the voice over. And on the first day of recording Olivier was absolutely terrible. And on the second. Eventually Isaacs rang Olivier's agent, who said, 'Have you tried telling him he's wonderful?' Isaacs said, 'How can I tell HIM he's wonderful.' And the agent said, 'Well, he won't be any good till you do.' So he did, and he was...

We all need to know we're being heard.

I felt like a schoolgirl when I wrote fan-mail to Jaclyn Moriarty, but luckily she writes for teenagers anyway :) The most tongue-tied I've ever been was trying to tell Kate Grenville how much I loved her work. But you're right, Rosy, as readers we should do this more often. I recently had a very generous email from a fellow teen author about my book, and I didn't stop grinning for hours. Is it wrong to admit that when I feel shitty I get that email out and read it over? ;)

"Is it wrong to admit that when I feel shitty I get that email out and read it over? ;)"

No. I have a little file called 'Cheerer-uppers' of a cherry-picked selection of that kind of thing, for those awful, sinking-stomached, have-I-got-it-all-horribly-wrong, three-in-the-morning horrors.

What a great idea!