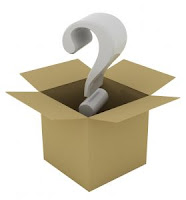 Trilby Kent has written for the Canadian national press and publications in Europe and America; her short stories have appeared in Mslexia and The African American Review, among others. She currently lives in London, where she is about to embark on an English PhD with a focus on Creative Writing. Her first novel for children, Medina Hill, is published by Tundra Books (McClelland & Stewart) on October 13.

Which 3 writers, living or dead, would you invite to dinner?
Unfortunately, most of my favourite writers are (or were) highly neurotic and unsociable creatures and would no doubt make rather terrifying company! Having said that…Truman Capote would be a hoot. Wendy Cope, too. Dulcie Deamer, simply because she’d probably turn up wearing a leopard skin, Stone Age-style.

Longhand or computer?
Computer – although I do sometimes wonder if it makes the process rather too easy. Longhand probably produces more considered writing. I keep telling myself I’m going to try it some time.

As a child I read…
Quite a few books that I wasn’t supposed to, or that were too old for me at the time. I discovered Lord of the Flies when I was ten, and it terrified me. I loved anything that featured hapless orphans being shoved up chimneys and forced to eat gruel. My boyfriend still jokes that I was the freaky kid who knew a bit too much about bubonic plague and wanted nothing more than to be a nineteenth-century street urchin.

Daily Mail or The Times?
The Times, definitely. The Daily Mail brings me out in a rash.

The best thing about being published is…
The thought of my characters coming to life for someone other than myself.

Independent bookshop or Amazon?
Please don’t make me admit to buying books for a penny on Amazon...! Actually, there’s a splendid indie around the corner from us (West End Lane Books - plug, plug!) and I do try to support them whenever I can.

Left on a cliffhanger or told all?
It’s a question of timing. Ending a chapter with a cliffhanger is good; ending a novel with one isn’t. That said, I try to avoid telling all – you’ve got to leave the reader space to imagine.

Age-banding is…
Misguided at best. Young people should be encouraged to read as widely as their interest and ability allow. Readers shouldn’t be pigeon-holed; neither should books.

I write for children because…
If you ask someone to name one book that has significantly influenced them, chances are it will be something they read as a child or teenager. Perhaps this is because young people are receptive to stories and new ideas in a way that adults often aren’t.

Enid Blyton was…
The source of my childhood fascination with tinned tongue, girls who look like boys, and the modifier “ripping”.

You really must read…
If you are a reader looking for exquisite writing by a Canadian author about an English icon, it doesn’t get much better than Helen Humphreys’ The Frozen Thames.. If you are a writer, The Paris Review Interviews. They are my comfort and inspiration. If you are a young person (or young at heart!), do seek out some of the wonderful children’s and YA books being produced across the Channel. There is so much really exciting writing available to us in translation now, and many gems don’t receive any press here. Guus Kuijer (The Book of Everything) and Anne Provoost (In the Shadow of the Ark) are two that I’ve particularly enjoyed.

My biggest tip for a children’s writer is…
Never underestimate your audience.

An author should never…
Underestimate the value of the humble ‘Delete’ button.
Posted by Administrator at 06:00

Great answers, Trilby. And many congratulations on the book launch.

Good luck with the book.

Great answers, Trilby, than you...

I think we'd have hit it off as children because I was just like that too! Or we'd possibly have just sat, quietly reading and pointedly ignoring each other... :)

Despite having had a brother living in Canada for 20 years, I am intrigued by what the heck a butter tart is though....

That was meant to say 'thank you', Oops.

Thanks for the contribution, Trilby! I particularly like your 'must read' tips.

Caroline, the next time you're in the Frozen North, pop into any half decent bakery and ask for their gooeyest butter tart - preferably with raisins and pecans. You can thank me later. (And yes, it does sound as if we'd have hit it off as children - provided you'd agree to be the nasty workhouse beadle once in a while!)

Thanks so much to the Strictly gang for having me. It's been fun!

What fab answers Trilby. Your mentioning Enid Blyton reminded me of a recent pub quiz with friends where I was the only one able to name all of the famous five including Timmy the dog. Where were all these people when I was growing up?!

All the very best with the book.

Great answers, Trilby! I loved Enid Blyton too and based my first story on a Secret 7 Mystery when I was about six.

Good luck with the novel!

Enjoyed this, Trilby. And West End Lane Books was my old local!

Very best of luck with the book.