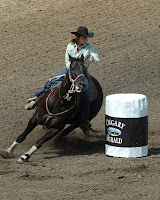 Don't use passive voice
Don't use adverbs and adjectives
Avoid the verb 'to be'
Delete anything that you actually like
Shoot yourself immediately if you ever feel tempted to use a dialogue tag other than 'said.'

All right, so I exaggerate just to be stupid, but sometimes it feels as though the advice given to 'aspiring' writers is designed to stop you ever actually writing anything. How come you can pick up any published book and find adverbs, characters whispering or shouting things rather than saying them, and the verb 'to be' used perfectly sensibly without ruining the entire story?

I don’t think there’s one rule for published writers and another for first-timers. I think what’s really going on with advice like this is that the same problems crop up over and over, and helpful people want to warn against them. The trouble is that there’s nothing to catch the writer before he or she tips too far in the other direction, and one analogy that springs to mind here is with learning to ride.

When getting on a horse for the first time, many people subconsciously feel safer if they hunch their shoulders forward. The ground doesn't seem so far away, which is comforting, and the horse's mane is nearer for the rider to grab. A side-effect of hunching over is that the rider's toes point downwards. This whole posture looks ugly, but more pertinently than that, it’s not safe at all. It shifts your centre of gravity and messes up your balance so it doesn't take much for you to hit the deck.

That’s why anyone who had riding lessons as a kid will remember some demotivated, weathered fag-ash-Lil of an instructor bawling 'HEELS DOWN!' every five seconds. So you concentrate hard on keeping your heels down, and then she bawls 'HANDS DOWN!', and when you start thinking about the hands, you don’t notice the heels creeping upwards again.

I’m not a 'natural' rider, so any ability I have is down to trial and error (mostly error). As a pony-mad but nervous kid, I was a prime target for the 'HEELS DOWN!' shouts. Eventually, I started remembering not to let my toes point at the ground – hooray! I’d got the hang of it! Or so I thought.

I pushed my heels so far down that I ended up leaning back like a water-skier, with my feet sticking out next to the pony’s shoulders. Just as off-balance as I’d ever been, but in a different direction.

Some years later, it all became clear when a different instructor told me: 'The soles of your feet should be parallel to the ground.'

So that was it! Pretty simple, eh? Why hadn’t anyone just said that in the first place? They didn’t mean 'Heels down,' at all - they meant 'Heels not so far up!'

I think the same is true for the rules of writing. They are there for a reason – ignoring them altogether makes your work ugly and ineffective. But taking instructions too literally is just as likely to send you toppling into the dirt. In riding, recognising your centre of gravity becomes instinctive. It’s more difficult to achieve that with writing (for me, anyway) – maybe because it’s not so much of a matter of life and death – but I think it gradually becomes possible to recognise when the rules have a point, and when they’re tipping you off balance.
Posted by Caroline Rance at 06:00

Excellent post, Caroline, and it rang very true for me. I sometimes think the people who write those rules don't want to encourage writers at all or, if they do, they've failed to take account of the fragile nature of our confidence at the outset. Improvise! That ought to be a rule. And Have Fun! should be another.

It made me very happy to read your post, Caro, because I also feel that the so-called 'rules' tend to have an unbalancing effect for rookie writers. Avoid passive voice and modal constructions, trim out those adverbs and adjectives, keep your sentences short and punchy and your descriptions to a minimum. It may be good advice for someone who starts out writing very over-scented, floral prose but it tends to push people much too far in the other direction, exactly as you suggest.

The horse-riding analogy is a great one. I remember being told that my shoulder, hip-bone and heel should be in a vertical line. But, since I was on the horse and not standing in the middle of the school looking at myself, I could never tell whether they were in a line or not - without breaking the line and probably falling off in the process! But after a while, with experience, you can just FEEL that you're sitting right. And it's much the same with writing: yes, it's good to listen to advice about the common beginners' faults, but in the end we'd probably all be far better advised to forget following 'rules' and try to find our own natural balance.

Great post Caro. (And yes, I, too, have given myself cramp trying to keep my heels down excessively, in my time!).

I don't believe in rules either, but I do believe in guidelines for beginners, and the majority of the writing I see could do with a lot more practice in understanding them, and THEN, by all means, improvising.

I think to a degree the internet is to blame, in the way 'the rules' can proliferate from actually quite few sources, until they seem like an orthodoxy. Plus the kind of prescriptiveness necessary in textbooks for undergrad Writing programs in the US - where there must be rules to follow otherwise how will they know what marks to give - proliferates a certain orthodoxy even further.

Leaving aside the issue that plenty of books in the bookshops are badly written, the point surely about finding good writing which breaks all these rules is that those writers know what they're doing. The lavish adjectives add, rather than weakening, the long sentence lilts and runs and coils fascinatingly back on itself, rather than being a serious of short sentences with comma splices which reads like a python with hiccups.

Love that analogy, Caroline. I guess finding your own sense of balance (in anything) means rocking back and forth between extremes so that you KNOW where the gravity lies. I've moved from florid overwriting to very spare simple prose in the course of a couple of years. Now it feels like I need a bit more description, which feels scary: like edging along a seesaw, never sure when the plank will go crashing down.
Susiex

It's the old adage, isn't it, of needing to know the rules so that you can break them. My first book was full of adverbs, with my next i tried to cut them right down, and now, in time, i feel i've found the right balance. There's nothing like a well-placed adverb that sometimes saves four or five unnecessary words.

Ha ha - she said hysterically! Someone recently said my work was too fast, no time for reflection and slowness to balance. So, I rewrote - then someone said, why did you slow down. You must keep up the pace and the tension!

In future, I shall strap on the blinkers, take a firm hold on the reins and trot along at my very own pace.

I think the creative writing that we do is such a subjective thing, we're so uncertain most of the time if we've gotten it right, that we welcome the objectivity of such silly rules to give us something to hang onto. Good writers come to see the dangerous dependency such rules create.

I think the best way to overcome this bogus respect for "rules" is to read all range of writers, even the most challenging and obscure. Through an unconscious process, we can find our own style and authorial voice, which we can rely on to deliver the goods without the constant need to run to stylebooks.

Interesting post, Caro. I think this is where the skill of the person teaching you those rules comes in, to some extent. The trainer who told you to keep your feet parallel to the ground just knew the right way to impart that information. So maybe the 'rules' can really be helpful sometimes, depending on how they're suggested?

Good p;post and I agree a lot of advice does seem to almost be discouraging you from even trying.

I like the horse riding analogy! Great post, Caroline. But some rules are made to be broken! It's all about being relaxed: rules make novice writers so uptight that the only result is a blank page.

I honestly think that beginning writers can learn vastly more about how to write by studying the rules of rhetoric rather than the rules of grammar.

I really loved this post, Caro. I've never ridden a horse but I really get what you're trying to say.

Um, i know, going to look dense now, but Paul, what are the rules of rhetoric??

Samantha - Just google "rhetoric" and scroll threw a few hits. There are all sorts of structures of words, sentences, metaphors (a rhetorical device), and so forth that help fortify meaning in good writing. Grammar is for craft, I think, while rhetoric is for art.

I've come back to a lovely lot of comments - thank you all!

A well-known riding tutor, Mary Wanless, talks of 'feelages', which are the equivalent of visual images but involve learning to recognise how everything feels when you are riding correctly, and remembering that feeling for next time. I think it's equally possible to build up an instinct for what's working in writing - even though I'm not particularly good at (or interested in) deconstructing exactly why it's right.

I see quite a lot of other parallels between riding and writing, but I won't go on about them too much!

"I guess finding your own sense of balance (in anything) means rocking back and forth between extremes so that you KNOW where the gravity lies. "

This is such a wonderful blog.

What an inspirational post Caro and timely for me - have just spent days labouring and rewriting a first chapter only to go back to the original! Fx