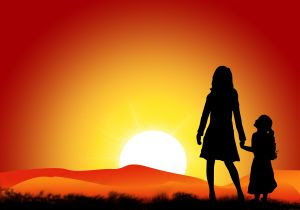 *Claps hands!* - I’ve managed to blag an extra hour on the laptop to do homework. Little does Mum know I’m here to write her blogpost. I mean, it’s not like she’ll get around to it herself - *rolls eyes*. She's going through another of her writing crises.

You’d think I’d be the over-emotional one. You know, with boyfriend probs, SATs exams, pressure to binge on cider, do ecstasy (yeah, I read the Daily Mail) or shag (Mum hates that word). But none of that compares to her latest rejection letter or crappy editorial report. And those supportive emails she gets from her writing friends, covered in smilies and kisses… Ugh! I’m never going to be like that when I reach their age. It’s so unsophisticated. You should see the flirty emails she sends to various men at WriteWords… Yeah, okay, I peeked at her inbox. That’ll teach her to read my school journal and spot the detention I forgot to tell her about. Anyway, I left one open on the screen so that Dad might ‘accidentally’ take a look - but all he did was close it so he could Google the football results.

It’s so unfair! I’m not allowed to make friends on Myspace and here she is practically snogging strangers over the internet – some of them have even met up. I mean, how dangerous is that, even writers could be vampire lesbians or axe murderers! And you should see her whenever we shop in Waterstones, announcing their book titles in a loud voice… It’s not like they’re Stephanie Meyer. Or JK Rowling. Or Jordan.

So, what’s all the latest fuss about? *Removes ipod plugs from ears*. Oh God! She’s still ranting on to poor Dad.*Puts plugs back in*. Apparently everyone thinks she should rewrite her latest book for teens. God, that’s random – as if Mum understands anything about being young. So if you’re out there, you sick people (no offence) who suggested this, you are soooo wrong. It’s embarrassing. Did you know Barry Manilow sings her ringtone? She calls funky short skirts “tarty belts” and can’t understand why I’d kill to snog Robert Pattinson. She fancies Simon Cowell - Simon Cowell! - and tries to be what she calls "street" with my friends, chatting about music and downloads. She doesn’t even know her Pixie Lott from Geldof. Why can’t she be like Megan’s mum and just say ‘That’s nice, dear’ before disappearing off to make tea? What’s even more random is that my friends don’t seem to mind and laugh at her jokes.

Then there’s the food – she still adds up my five-a-day and thinks I’m anorexic if I miss breakfast. Although that’s nothing compared to when I brought Tom home last month. Mum had been on at me for weeks, saying its her biological, God-given right to meet my boyfriend. Fine, I eventually said (after she bribed me with several chunky caramel Kit-Kats), as long as she didn’t wear her M&S lycra leggings (she thinks they’re really cool). And it all went okay, even when she asked if his phone had got Greentooth - until she served the pudding: home-made fairy cakes, decorated with pink icing and silver balls.

So please, any of you lot with half a brain – or heart – DON’T GIVE MY MOTHER ANY MORE BONKERS IDEAS!

Better go now. I promised I’d make her and me hot chocolate with marshmallows on top. We’re going to drink them in my room and if she’s still set on this mad teen lit idea, I suppose I could show her some of my favourite books. Then I’ll test out my new foundation on her skin as blotchy red eyes really aren’t a good look. Perhaps I’ll let her try my dazzle eyeshadow from Claire’s. She’ll like that. And I might even laugh at one of her jokes…

Wonderful post, Sam! If this is anything to go by, you shouldn't have any problem finding that 'teen voice'!

Not sure about that, though - i always knew it was hard writing for kids and i had to really concentrate and anaylse every word doing this (and still feel it's not brill). I can't imagine doing a whole book!

Still, it was an interesting exercise and great fun!

In fact i've just read it through again, and can hear my adult voice in parts...

So, hats off to all you kidsfickers!!!

Great idea for a post, Sam! But what a narrow-minded daughter!

Hmm, i might need to widen my idea of what a teenager is:)

Love it, Sam!
Though how your husband could wilfully ignore your shameless flirting with the Rodster is incredible...
Susiex

Brilliant! I LOLL-ed and loved this.
Come on now, you know that book's calling to you in a teen voice..

Voice is so strange. Once you get 'into' a charaacter, it can suddenly just flow - along with traits and expressions that have nothing to do with you.

Mind you, I've never tried writing as a man. But I'd love to have a go.

Oh, and I've met some very narrow minded teenagers... girls can be very prudy about their mums. But already, in your post, you've got the great basis for 'insecurity' issues on both sides.

Oh, Sam, that did make me laugh! And yes, what everyone else says - not probs with a teenage voice...

Thanks for the kind comments, everyone!

I have only had one teenage character before and i find my main problem is not falling into stereotypes of what a teenager is. I try hard to remember what i was like - but then wonder if there is any point as the 'me' in the late 70s is so divorced from the life of today's teenagers, it isn't true. Having said that, i suppose some things never change - worries about school, spots and boys, cringing at embarrassing parents...

Brilliant, Sam. That made me giggle hysterically. Of course, none of us are qualified to comment on the voice. Have you road tested it on some actual teenagers (yuk)? I remember how Hornby's attempt at a young girl POV in A Long Way Down made me cringe.

I'm also intrigued to know who's the recipient of all this internet flirting as all my correspondence with you has been strictly professional.

What a fantastic post Sam. I loved it plus I think you have the voice spot on. Did you not feel your self 'becoming' her after a while or was it really as hard as you think?
I know you feel pressurised to aim the book at teens but you have to do whatever YOU want to do and go whereever YOUR gut pushes you. In the meantime, you have all your loony mates out here to support you.
x

So funny! I really enjoyed this. It's clear the book's going to be great.

Sam, this was really great! Thoroughly enjoyed it. :)

Excellent, Sam! Really enjoyed it. I reckon you've cracked it.

Thanks so much for the encouraging comments, everyone, appreciate it.

I don't know any teenagers yet! Although your emails to me are always very young at heart;);)

Tee hee, i imagine Rod has left the room now:)

God, forget trying to create a new voice, i think i am still a teenager sometimes...

I'm intrigued that you say that yourself as a teen is very different from a modern day teen and in the next breath you admit that you don't know any teens. So how do you work that out?

Be careful you don't fall into the trap of confusing the image of teens - as projected by both themselves and the media - with the inner life of an individual teenager, which I am convinced is no different from what it was 30 or 40 years ago. They just use a different language and have more technology at their disposal, but they're all just as crazy as the mixed-up teens of the post war generation all dancing to Bill Haley and the Comets.

You are right, I don't think the basic problems for teens have changed - worries about appearance, peer pressure, exams etc (i think i said this earlier!)

But i do think a lot of other things have. Dress certainly and i do think image affects inner life - i dressed nothing like an adult until i was 16 and as you yourself know, Ms Fashionista:) dress has a knock-on effect to how you feel about yourself. I also think aspirations have changed amongst teens and well... i feel lots of thinks are different nowadays that affect their inner life.

But not the basics and that's what i've got to remember.

I don't know teens personally no, but i observe locals and have watched many fly-on-the-wall docus which relate real lives not media images.

That recent one which made all those teens diss their make-up, phones, laptops, ipods etc for a couple of weeks was fascinating!