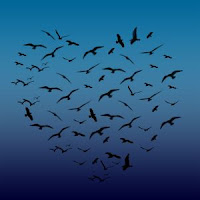 Some say Twitter is essential for writers; others sneer at it as a time-wasting exercise in vanity. I wouldn't say it's essential (which for me means stuff like oxygen and water), but I do find Twitter useful and, what's more, fun.

I've only been on Twitter a couple of months, having resisted joining for ages because it seemed pointless. Like many people who have never looked at it, I thought it would consist of morons informing the world that they're about to eat a doughnut, or that their baby is a genius because it just did a poo.

I was finding, however, that most people I knew elsewhere on the net were other writers, and could not necessarily be expected to have an interest in my history blog. I wanted to find people with shared non-writing-related interests and - dare I say it - I wanted a change from the kind of tortured writerly discussions that always include the phrase 'oh God that's so depressing'. I joined Twitter mainly to promote my blog, but was pleasantly surprised to find there's a lot of interesting, intelligent and funny tweeting going on.

I am certainly no social media guru, but from my limited experience, the advantages of Twitter are:


So, is it worth a published writer joining Twitter to publicise their book, or for an unpublished writer to build up a following ready for when that six-figure deal comes along?

Well, yes and no. It's worth it if you will enjoy it anyway. Joining purely to promote yourself or your work could backfire – either people will get bored with your egotism or you'll get bored because your heart's not really in it. And if you aren't published as yet, there is the possibility that you never will be, so being on Twitter under sufferance purely to prepare for a deal that might never happen is a bit sad. If you don't want to join Twitter, don't. You and your writing will survive without it.

If, however, you plan to enjoy it for its own sake and are prepared to join in the conversation and appreciate what other people are saying, then give it a go - it could have a lot of benefits for your writing career.
.
.
www.carolinerance.co.uk
twitter.com/quackwriter
.
.
UPDATE: Nicola Morgan at Help! I Need a Publisher! has a great post today about how to get started on Twitter - click here for her excellent advice.
.
Thank you to Crystal Church for the picture.
Posted by Caroline Rance at 06:00

Interesting post, Caro. I'm not a Tweeter, largely because I don;t need any more excuses for procrastination! Which it definitely would be in my case..
This has made me think though, so thank you.

Yes, naughty, Caro, this has made me think again too!

Stand up for Twitter!! Enjoyed the blog, Caroline. It's all about getting the word out when you have a book published, no matter what way!

Interesting.
I've avoided twitter like the plague because I already waste some ludicrous amounts of time on the Net, but you do make it sound fun. Which I guess is the point.
HB x

What a coincidence - I blogged about using Twitter today! Since it's so relevant and since we follow each other's blogs anyway, do you mind if I give the post url? I know it's not normally the done thing to plug one's own blog in someone else's comments but I'm guessing in the circs you won't mind ... So, here goes:

Thanks Nicola - love your post! I've added your link above.

Hmm, this has made me think again, too! I've only recently joined Facebook - as others have said, I was already wasting so much time on-line, but thought I should give it a try and damn & blast - I love it so now waste even more time! If I start tweeting too, will I ever write another word of my novel or another short story? Or will I just stop doing anything else, like eating, cooking, cleaning, washing ....?! Hmmm! x

I found Twitter odd at first and had just decided to stop using it when the veil dropped - Facebook = social/friends and family etc. Twitter = more 'professional' contacts - but no less fun for that and I'm really loving it now.

I haven't really got to grips with the following and seem to spend most of my time 'blocking' unsavoury followers - why so many prostitutes, and why are they targeting me?

I try with Twitter but am not very good. I did join in with a competition recently and as I boast on my poetry blog...I won! I will be mentioned on two websites out there by other authors, so for me it is worth plodding along with Twittering, Tweeting...oh you know what I mean LOL :0

Argh, Caro, another social networky thing? :( I joined Facebook (just to see some photos) and still haven't got to grips with it. In fact, I've only got to GRIPES with it - the rivetting details of other people's random thoughts are...not very rivetting, often. But I can see how it could be useful as a networking thing, and if you are published. Hope it brings you lots of publicity for Kill Grief and thanks for an informative post.
Susiex

Hi Caroline et al
Came here via Pitch Parlour and so pleased you are championing Twitter. Waste of time? Well maybe, but great for letting off writerly steam and most importantly takes a lot LESS time than other net stuff!
AliB
http://debutnovelist.wordpress.com
(sorry, blogger won't recognise my ID today)