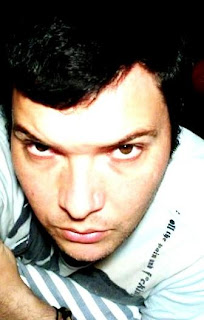 Does sexuality govern how we write? As writers, do our preferences enslave us?
Our desires bend us in certain ways and every experience spills onto the page, coloured by our own personal wants.
Dreams really do shape reality.
This question popped into my head while writing Unrequited, this notion that while I was writing something personal (and no doubt, unmarketable) in terms of gay relationships, it was, at heart, only an unveiling of experience. Perhaps that’s all writing is, coaxed and prodded to within an nth of the make-believe, that capricious landscape that we call Fiction. But all Fiction has its roots in Truth. Would I have written graphic gay sex scenes if I were straight?
Doubtful. Or so I thought at the time.
If art reflects life, then it might explain why the majority of mainstream novels deal largely with straight experiences. How we, as humans, are rarely drawn to desires beyond our own, but as writers, how frequently we plumb the depths of passions unknown. The girl who grows up dreaming of Prince Charming is unlikely to generate the passion to write an account of Cinderella falling for an Ugly Sister instead, amusing as that might be. It’s improbable that the boy who grows up fantasising about the cheerleading team will write a boy-meets-boy coming of age tale. Generally speaking, of course. If the biggest sexual organ is the brain, then that surely stems from the imagination. Sexuality influences, if not governs, the imagination. It seems obvious, at least on the surface, but like every question – and please remember, it is a question, always a question – there is often more to it than a yes or no answer.
The answer I’m giving here today is that I think the whole idea is a myth. We do what we do from desire, more so than from design. Desire is strong enough to surpass our biology, our genetic framework to create life, and defy any ‘moral’ upbringing. The heart goes where it wants to and we come to learn – hopefully – that everybody has a right to love. We may have no choice in those desires, but they do not chain us, any more than a writer’s preferences chains them.
In contemporary literature, the evidence is all there, from Annie Proulx’s At Close Range (that later became the landmark movie Brokeback Mountain) to the gay MC in China Mieville’s Iron Council and likewise in Richard Morgan’s The Steel Remains, brilliant books that transcend the concept of preference-specific literature, let alone genre. Novelist Anne Brooke does a fine line in leading gay men. I can’t speak for the experiences of these writers (although I’m pretty sure they’re all straight), but I can speak for the imagination.
As times change, so has sexuality in fiction. The imagination finds new and fertile ground to play with. The established order shakes. The walls are coming down.
And imagination? Well, we are only ever catching up with it, because imagination knows no bounds.

James Bennett is a British writer of dark fantasy and the occasional contemporary fable. The Lambda Literary Foundation (US) nominated Unrequited for Best Debut Novel in 2007 and he is currently working on a second book, a dark fantasy epic. This is his first guest blog. He thanks you for reading and welcomes your opinions.
For further info, please visit: www.freewebs.com/waxlyrikal

Very interesting post, James. I agree that the imagination is a strong beast and will take you to uncharted terrorities. That's the joy of writing, for me. What sparks the exploration is a deeper question but, as writers, don't we sometimes feel the urge to bend expectations (including those around gender) and, when that happens, don't we harness imagination to help us do it well? I'm a straight woman who has led a very safe (some would say dull) life. But these days I deliberately try and write stories that push at the boundaries, even if just a little. Writing is my way of exploring - desire, doubt, fears - my way of exploring life. Being blessed with an unsafe, unstraight imagination lets me do that.

What i'm finding is that as the years pass, i'm becoming more adventurous with my writing and giving greater rein to my imagination - my next book features a mythical creature, a far cry from my derivative mum lit of few books ago.

In other words, as you grow in confidence, i think anything is possible and new worlds open to us as writers and we leave the confines of our daily life.

I'm still not sure about Cinderella fancying her Ugly Sister though...:)

Fantastic post, JB. I love what you say about questions - everything is always a question. Nothing is ever set in stone. The imagination knows this, at its best. And I suspect we all only use - and understand - a tiny tip-of-the-iceberg of ourselves and of our potential.
Susiex

Thanks for your contribution, James - a really interesting post. It's clear your passion for your writing shines through. And I'm glad you gave Annue Proulx a mention, as she's a fave of mine :) Congrats on your success so far too!

Great post - I love the idea that the only limit is imagination - which is by its nature limitless.

A subject close to my heart, James! The market I write for is generally thought to be a conservative one, and it has taken a while for gay characters to be given a voice. But it is happening, even in the womag market.

Yes, Jem, it's unnerving to find that photo, ahem, rather... sexy. There might be a gay hero waiting to jump out of my imagination yet...

I find the whole subject fascinating, the transcendental nature of the imagination, if that's not an overblown word. And yes, it's all about the confidence! I agree that nothing is set in stone. I think part of the problem with prejudice and discrimination, whether sexual, racial, religious or due to gender, is because society has taught us to think in terms of boundaries, which the imagination proves time and time again are illusory.

In light of the above, I'm not unnerved by Sam's comment. I was going for a 'blue steel' look a la Zoolander and it seems to have worked! ;)

Thanks everyone for reading.

That's why i like it then, cos Zoolander is one of my all-time fave films:)

Yes, i hadn't realized until recently just how much i'd pigeon-holed myself with my own writing. But as you say, JB, we do that in real life and it's bound to creep into our creativity.

Yes, great post James and it seems the goalposts of what we can imagine are always shifting as we gain more experience in both writing and life.

Can I just add that I love the photo too :)

Well said, James! And thanks also for the mention - my leading gay men send love ...

Hi James
Thanks for a really thought provoking post - sorry I'm late getting to it.F