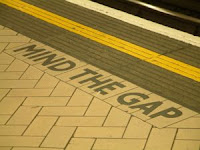 Anyone else forget things all the time? Due to the fact that I’m a woman of a certain age, (more than forty, less than fifty), my memory cells aren’t what they used to be. In fact, they’re really quite awful. I fight it, of course, like I fight my alarmingly grey roots with a popular brand that tells me I’m worth it. The gaps in my memory, however, need a different tool, so I have notebooks placed all over the house. The idea, and it does work, is that if/when what I’ve forgotten creeps back into my head, I can write it down. I then recommit it to memory by repeating it aloud ten times, whilst tapping my head with my right forefinger. Mad as a box of frogs, I know, but as I said – it works.

Yesterday, I was on the tube from Camden Town to Bank, when I found myself surrounded by several disparate characters I felt the urge to write about. Needless to say I’d forgotten a notebook, but I did have a pen and one of these characters, complete with enormous cello, was scribbling on an A4 pad. So I did what any writer would do and asked him for a page.

Right beside me, there were two men chatting. They were dressed similarly, both wearing dark formal trousers and lace up shoes, with more casual jackets. I imagined them having been on some conference together, or perhaps journeying from a work shift. I placed them as policemen, lower ranking. Here’s a snippet of their conversation:

Ooh, the mind boggled. I SO wanted to know what they were talking about, I had to resist leaning across and asking.

Beside them sat a woman, Japanese, difficult to age. Her hair was died peroxide blonde and her roots made mine seem insignificant. She was tiny. I mean she had the the body of a small child, yet I placed her at least in her twenties. She was reading and had almost finished ‘The Life of Pi.’
Cello man sat directly opposite me. He held the hard instrument case between his knees during the journey. Through John Lennon glasses, he scribbled on his pad and I imagined him penning something musical, something beautiful that would live forever. Okay, I also thought he might have been a hit man with a BIG gun. When I asked him for a page of his pad, he handed it to me, but never met my eyes…

To his left the final character in this scene, occurring in two rows of eight seats in a London underground carriage, was the hair man. This man was so thin, I wanted to feed him. He had craggy features, wore a long leather coat, was dressed entirely in black and had waist-length hair. Late thirties or early forties, I thought. When he sat down, he reached into a (black) rucksack and removed a large (black) paddle brush and began to slowly brush his mane. I swear! He looked like an aging, goth-like siren, prepping to lure willing creatures of the night to danger.

When I left the train, I tucked the page into my bag, as the ironic voice that is standard at Bank station warned, ‘Mind the Gap’. I grinned widely, delighted that the characters I’d just ‘met’ would never fall into one of those memory gaps, thanks to the trusty tools of pen and paper. All I had to do was get home and remember to file the piece of paper in the proper place. Hell, I had the makings of a thriller, a tale of international espionage, a Gothic underworld full of long haired killers…or maybe even a blogpost?
Posted by Fionnuala at 05:00

Fabulous - I love this! Felt as if I were right there, watching these people. They feel so real. I had a horrible fear you were going to say that as you stepped out of the carriage, the paper slipped out of your bag and fell down the gap - thank goodness it's now here, for posterity!
Susiex

Great post Fionnuala! Do you think you will use some of this stuff later?

Wonderful! It's made my Monday morning. Maybe Strictly should have a swap-shop for characters...

Ooh, what an interesting bunch!
I must say it is one of the things I love most about London - the people watching. I sat opposite a woman recently who was dressed like something from The Crucible and reading a Doctor Who novel.

Hope they make it into a story, F.

What a great post, Fionnuala! You couldn't have made up more interesting characters!

Glad i'm not the only one with a memory like as sieve.

I always curse myself whenever I forget a pad ( most of the time if I'm honest) because I'm shockingly nosy and eavesdrop all the time.
I often wonder what starngers would amke of it if they knew we were storing them up.

Yes, great people-watching! Tubes are a good place for it, aren't they. Hope you manage to use all those lovely characters!

Isn't it wonderful the way stories are everywhere if we have the eyes to find them.

That's the joy of the Northern Line for you. Character studies at no extra charge. What happens, I wonder, if you put several of the characters together?

Thanks to everyone for your comments! So sorry but I was offline yesterday - not ignoring you all! Think my next post may be a flash fiction piece I write with all these folks from the tube featuring..? Fx