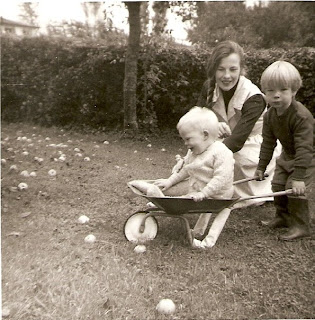 At first I thought to skip my turn this month and ask one of the others on the Strictly Writing team to fill in for me. The energy needed to post something here was going to elude me, and more importantly it might not be appropriate or respectful this week.

My mother breathed her last breath on Wednesday 20 May and I spent the week before sitting at her bed, watching every single breath. So what could I possibly say for Strictly Writing? The only thing that mattered had gone with that breath.

Then I thought again. This would not be the only inappropriate act on my part. My mother would not have wished for me to get drunk ten nights in a row – she hardly touched a drop. And let's not even think about the (temporary, I hope) resumption of smoking. Worse than that, I confess, even until the day she died I was taking notes. Unable to read, I must have attempted the same page of the Patrick Gale novel a hundred times and anything beneath the headlines on the newspapers quickly blurred - who cared about MPs' expenses? All I could do was watch her breathe and wait for anything she might say, or talk to my brothers and my father about whether we should call for another injection of Oxycodone.

Was it shameful that I was able to jot down notes? I wanted to capture some of her last utterances, it’s true, and that seemed a plausible excuse. It wasn’t just that, I must admit to hoarding details too – the name of the disinfectant in the plastic spray bottle at the end of the bed, a description of the pink sponge swabs we used to roll moisture along her lips, the hospital visitor with dementia who repeatedly lost his wife’s bed and had to be guided back – each morning they break the news to him anew. I can’t pretend I was storing all those for emotional reasons alone. You know my guilt: I’m a writer.

Then I thought a third time. After all, Mum was the one who taught us to love books. She read several thousand herself, scouring the shelves of the Upton public library and, years earlier, plundering the box of newly published Pans and Picadors that arrived each month because my father was a director at Macmillan.

Her vocabulary was immense. Whenever I craved the precise word for a story and the dictionary failed me I would dial her number. Even in her last days, profoundly sick and disorientated by high calcium levels and the elaborate cocktail of analgesics, when she had to force out every phrase, her precision in diction was commented on by many. Two days before she died one of my brothers came in and said, in that voice of forced hope we all used, ‘You're looking really well today, Mum.’ She replied, ‘There’s no need to talk to me as though I were an inebriate.’ My family all worked hard to suppress the laughter we often tried to mute so as not to disturb the other three patients in the ward. When I thanked her for acting as my telephone thesaurus, my ever self-deprecating mother said, ‘I was wrong to glorify myself in that way.’

And she wrote. Her letters were each a work of art, both the distinct writing voice and the crisp neat strokes of nib against paper. She accumulated thousands upon thousands of words in journals with grey cardboard covers. These she kept safe for decades, never showing them to a soul until, a few months ago, when she knew she was dying she passed them to my youngest brother to burn. She was confident he could be relied upon to do so without reading them, a temptation that might have been too much for me. Adam stood in his garden in the cold rain and tossed notebook after notebook onto a bonfire. How unpublished is that?

One day, if I have the will to make use of those notes in some fictional account of death, they might help pin down more clarity and detail than writing from memory alone. The books my mother loved were real, stories that boomed with emotion not by shouting about it, but by accurately depicting the circumstances that generate it: T S Eliot’s objective correlative. If I can manage even a little of that, my mother will forgive me.

For now, and for a long time there is no possibility for me to write well about these matters. All I can do is shout . . . Oh, my mother I miss you so much. I miss your example of how a human being should be. I type through tears, trying to stop them falling onto the laptop.

Picture: Mum with me and Matthew (before Daniel and Adam were born).
Posted by Roderic Vincent at 06:00

Thanks for posting about such a personal and difficult subject for you. It's often in times of great sadness and adversity that we turn to our writing - or our writing comes to us. It's nothing to feel guilty about, it's just what we do.And I think you're right, should you need to write about death and dying you can look back through your notes and will be able to write the heart and soul of the subject because you were there.

Your mother sounds like a wonderful lady. I'm so sorry for you and your family. My own mother died in 2001, but she's never left me, not really, and she continues to inspire me today.

What a wonderful post, Rod, you were clearly very close to yor mum.

I wonder how many of us have found inspiration in our mothers? Mine too was a prolific reader and wrote marvellous children's stories for us. She also drilled into me that i could achieve anything i wanted to.

Chin up. And as Julie says, i don't think our mum's ever truly leave us.

Oh, Rod, what a stirring piece of writing. I think you'll have moved many of us today with your words. Your mum sounds a formidable lady indeed and has bequeathed you your talent for expression and sensitivity.

Look after yourself, won't you. Lots of love and huggs from Geri.

A beautiful post. Thank you for sharing.
I have given you a blog award - see my blog for the info.

It's a well-written and succinct post - your mother would like that. As writers we deal in truth and that extends off the page. The space you're in right now won't last forever (believe me, I know of which I speak) but it will change you, leaving you with gifts even as it robs you of something else previous. Rest, heal and be where you need to be.

Rod, Your words have moved me to tears. Your mother sounds like she was an inspiration and a much loved lady.
My Dad too was an unpublished writer masquerading as a banker and I still like to think of him watching over my shoulder as I type. Big hugs to you at this difficult time. It never quite heals but it does ease the pain.

My deepest sympathies, Rod, and my thanks to you for sharing these words.

What a beautiful, moving post Rod. I am sitting here with tears rolling down my face. What better tribute can there be than to recognise the gifts that another has given us freely out of their love?

Heartfelt good wishes as you start to try and create some sense of things in the shape of the spaces that lie in the days ahead. Take all the time (and the booze and the cigs) that you need and be kind to yourself. Katy

Thanks for your very moving and thoughtful words.

"So, maybe my mother wouldn’t mind me posting this memento."... Well, as a mother myself, I think she would be proud.

My deepest condolences to you and your family.

So moving, Rod. Thank you for sharing this.

A lovely post, Rod, and thank you for sharing with us.

Lovely, moving post, Rod - a beautiful and appropriate tribute to your mum.

What a beautiful post, Rod, and a wonderful memorial for your mum. She sounded ace. And I think she would be extremely proud of you.

I'm so sorry for your loss Rod, I echo the words of everyone else in saying that I was very moved upon reading your post.

It's a very touching tribute to an incredible sounding woman.

My condolences to you and your family.

Thank you everyone for your lovely comments.

A beautiful breath towards your mother's inner breath in you... her photo made me almost jump; she looks so beautiful, and like a friend of mine.

I would probably drink too.
(came over from Annie's blog; tag)

Rod, what a beautiful post. I'm sure she would be proud. And my heart goes out to you.

Your post was so beautifully written, it moved me to tears.

Oh Rod, I'm so so sorry. With my very best wishes at this time.

I am so moved and sorry, Rod. Your tribute to your mother is so beautiful and memorable and glorious, and really, she lives on forever in this, in you and in your family.
Look after yourself, and know that you are carrying and using her legacy in your writing and in your wonderful ability with words.
Big hugs,
Susiex

What a beautiful post - and I'm absolutely sure she would be proud.

You expressed your situation beautifully.

This is a beautiful tribute. Your mum would be proud, of your writing and your love.

I note now that lots of people have used the word 'beautiful' - I posted without reading the others, but just to add, it IS beautiful, and I think there's a reason that we all chose that word - the beautiful being things that aren't just well written, or aesthetically pleasing in some way, but also that 'pass understanding', like love, and like the effect your post had on us readers. Sorry, this is rambling now, but it's an important thign that I'm trying to express, and failing to express.

Sorry to come so late to this, particularly as I can only really echo all the other comments. I particularly agree that your mother would appreciate this tribute. Very sorry for your loss.

Hi Rod,
my Dad died in March and your post brought tears to my eyes... Judging by that post, the only inappropriate thing you could do is NOT write... write on!
take care, and so sorry for your loss