Silly Gene Is Not My Fault 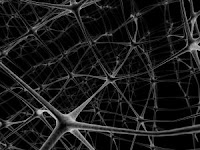 It’s difficult to comprehend that there are approximately 20000 to 25000 genes in human DNA, made up of three billion chemical base pairs. I do feel I have to tag the word ‘allegedly’ here as this information comes courtesy of a well known search engine and I am no scientist. What I am however, is a writer. And I blame at least one of those three billion thingys. It’s not my fault.
Some day, in some far off land and time, some learned being will discover the creative section in the DNA strand, perhaps a single chemical synapse doo dah that is responsible for my urge to write.

My standard response to this inate urge used to be to stick my fingers in my ears and chant, ‘La La La La.’ I told myself not to listen to it, because I had a living to earn and a family to raise. Eventually, I strangled the urge and it became nothing more than an intermittent nag in the furthest folds of my brain. Still there…but definitely muted.

Now my two daughters, who have inherited the silly gene from my DNA, (hereinafter referred to as Strand Bits or SB) have flown the coop and are blissfully embracing their creative sides. Their Dad, my ever supportive, hard working, non creative husband, looks on all three of us smiling. But I know he’s secretly worried about them willing themselves into a life of potential penury. I know too that he wonders where the hell his SB scarpered to.

So why have I used the word ‘silly’ to describe the creative gene? It wasn’t just so you could sing the title to a well known Michael Jackson tune. I also wanted to evoke a harmless, innocent, sometimes misbehaving image - to describe a part of me that’s playful and spontaneous. But the words ‘blame’ and ‘fault’ also appear in the first paragraph seemingly implying that the writing urge is some defect or failure. Sometimes, particularly on receipt of one of the many rejection letters, it feels like it is. So if I could change it, would I? Progress in science already provides us with gene intervention. Would I have them erase my silly gene if I could?

Never. Not now. Not since I understand and embrace this part of my psyche. I only wish I’d been brave enough not to ignore it quite so well when I was younger. I love my job and yes because, as yet, I remain unpublished, it’s taken me a long time to use the word ‘job’ and to say out loud ‘I’m a writer.’ I am. I’m almost certain some yet to be discovered minute part of human SB plays its part in dictating this. And if having the silly gene proves to be my worst defect/failing, I’m a lucky girl.
Posted by Fionnuala at 07:00

I think to some people it is a silly gene, and part of the journey us writers take is learning to take our craft seriously and not be self-deprecating - something i have struggled with, but feel i am getting there.

Ooh wonderful post, Fionnuala. I read somewhere that there IS in fact a so-called writing gene. My father has always had an urge to write too, which fits with the theory.
Thanks for a fab post.

Brilliant, Fionnuala! I love your clarity that writing is your job. I hope that many people get to hear/read this, because it's time that this was understood (*gets down off soapbox*).
Really enjoyed reading this.
Susiex

Great post, Fionnuala. I agree, we must have a different strand in our DNA from our non-writing aquaintances! Our creative side seems to be plumped up doesn't it - I suppose the more we flex our writing muscle the stronger it gets.

I'm being strong at the moment, when people ask me what I do I tell them I'm a writer. It's not easy though and I get various reactions. It's easier since I got my first ever short story accepted by That's Life (Australia) at the end of last month. I now feel that I can validate my writer status?! Does that sound silly?It's that pesky DNA again!

I wonder if a reading gene can morph into a writing one? All my family are voracious readers.

I definitely inherited everyone's share of the silly gene o)

Yes, i'd agree with that about the reading, Karen.

Hi everyone, thanks for commenting! My father was a totally unfulfilled banker who always wanted to write and unfortunately never got the chance to. My brother is a published poet. My Mum is an artist so there's definitely a silly gene in there!
As for the 'job' front, I've only recently been brave enough to say it aloud having had too many episodes of people believing that real writers can only be seen on the front table at Waterstones.
We are all WRITERS!

Yay Fi! Well done, great post - I knew I had a medical condition - now to convince everyone else I'm just as normal as them (apart from that one pesky gene!)
I didn't know you were a closet scientist!!

Loved hearing about the silly gene and I'm glad I now know what makes me write.

Great post, Fionnuala. It is a whimsical little thing isn't it? But it gets quite cranky if you ignore it :-)

F, Let me give you my words of wisdom. Brace yourself ;-)

"Sillineess is an art form - never allow them to water down your childlike ways." ;-) TFx

I have that gene too, and would never want it taken away. It give me far too much fun.

Saying "I'm a writer" is so hard, isn't it? Just typing it on my profile took courage. I can't tell you what it cost me to set up my website! I find people's reactions vary from "I'd do that if I had the time"(implication being they're too busy getting on with the serious business of making money) to thinking I must be earning a JKR type fortune. You're so right Fionnuala - we're all writers. Heaven knows we're not in it for financial reward so genetics is as good a reason as any!

Hmm, I rather like the idea of us writers having different DNA, I must say! Hey, at least we're not desperate to be X Factor contestants. Now *there's* a silly gene for you...

I do actually believe there's a writing gene - just as there are people who inherit a particular ability in music or art, the same must be true of creative writing. My three daughters all love writing, and one writes features, stories and a magazine column; one works for a publisher; one is a medical writer. And you're right - in a way it's a 'silly' gene ... we have to be a bit silly to do it, but we can't help ourselves!