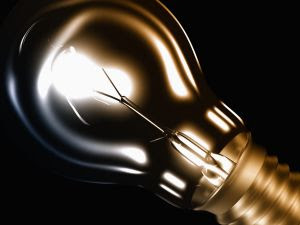 Why do some novels make me want to write?
It’s certainly not a feeling that I could do better. That couldn’t be further from the truth. But this inspiration doesn’t happen with everything I read. I’ve noticed lately that while I may have enjoyed two books equally, one of them will make me itch to pick up a pen or reach for my keyboard, and the other I’ll enjoy simply as a reader.
I’ve been devouring children’s and YA books lately because that’s the kind of author I want to be when I grow up [This is taking longer than anticipated].
Take a book like Skellig, by David Almond. It is the story of a boy who finds a dusty old angel living in an outhouse and is one of the most perfect works of children’s fiction I’ve ever read. It’s so gorgeously written, I am weak with envy at Almond’s skill. However, I enjoyed it solely as a reader. But when it comes to another of my recent favourites, The Knife of Never Letting Go by Patrick Ness, I felt a powerful creative tug. The Ness book is set in a world where everyone can hear everyone else’s thoughts. A boy called Todd and his talking dog stumble upon a patch of silence, which proves to be a discovery that puts their lives at risk. This book is every bit as beautifully written as Skellig and literally made me cry, gasp and laugh. I know I couldn’t write something as good, any more than I could have written David Almond’s masterpiece. But something about it fired my imagination in a way that made me want to sit at my own desk and write like a demon.
Another book in this vein is The Hunger Games by Suzanne Collins, bought because I’d heard so much hype about it. Like the Ness book, it is set in a brutal futuristic world and here teenagers must fight to the death on a grotesque reality TV show for the nation’s entertainment. I read it greedily, gripped and transported, and then I devoured the sequel equally quickly. [My eldest son didn’t actually speak for two days over Christmas when he read it. It’s that kind of book].
The Hunger Games gave me that same itchy-fingered feeling and made me realise that I’d love to put all my fears about not being up to the job to one side and write something that would definitely be called High Concept. I have no idea if I can even begin to carry it off. But at the moment, the trying seems a huge adventure, rather than a terrifying mountain of imminent failure.
So I come back to my original question, which I’m asking because I genuinely don’t know the answer.
Why do some novels make me want to write?
Posted by Caroline Green at 06:00

I do so understand what you mean, Caroline! Recently I read Elizabeth Taylor's "A Game of Hide and Seek" and I longed to pick up my pen and try to emulate that thing she does of not saying anything but saying everything about a woman in love.

I think there are several things about a book that can make us want to write. I'll illustrate with three examples from my experience. When I read Kundera's Book of Laughter and Forgetting, I instantly picked up the pen and wrote for a week solid. The reason was simple - he had showed me a way of doing things of which I was completely unaware until then - the fragmented short story with its mini-chapters; the interconnectedness of works within an anthology - the oblique narration. They were new to ma and I wanted to try them out - it's like an artists discovering a new medium - or a musician hearing a new instrument - you want to know if it's for you.

I first read Murakami (Sputnik Sweetheart at first) just after I started my last but one novel. It rescued the novel, breathed life into it. That was about the way he used reality - he showed me not a new technique, but made me aware of something in the nature of storyteeling I hadn't been aware of before - that if you are true enough and have enough conviction in your writing's worldview, the physical possibility of events is less inportant than their emotional truth. It inspired me that subtlety was possible where I'd been using bluntness.

Third, I read Josephine Hart's Damage shortly before starting my current novel. Reading the book was like being punched in the stomach. Other novels have done that to me of course, but why this one made me want to write was the connection I felt between my heroine and Anna Barton - of course we have to be extra careful with moments like this - if we launch unreflectively into writing after a book has inspired us we end up with pastiche (not necessarily bad - most of the first draft comes out in the edit anyway). But what CAN happen - and did for me with Damage, is that the block we feel, or rather the distance from our protagonist's voice, is removed - for me it was as though Anna stopped speaking at the end of the book, but I could suddenly hear my MC loud and clear.

I think it's because we like the idea of the story, but feel we could do it better. Or maybe just want our own take on it.
More often than not though, for me I read and think, oh my, I'll never be to that standard!

Louise, I know what you mean about not matching up! But it REALLY isn't about thinking it could be improved upon in my case...couldn;t be further from truth. I think it's more as Dan says, it gives you a glimpse of techniques or ideas that just fire your imagination.
Geri..I love Elizabeth Taylor's elegant and cool prose.

For me it's always the structure.
I'll read a book and think 'I'd love to wtite a book in that structure'.

So I'll read something written in multiple first person and want to give it a try. Or parallel narrative. Or continuous first person in deep voice.
HBx

This is a fascinating question to me - thanks for posting on it, Caroline. I paint as well, and it's always puzzled me how some pieces of art awe me, but don't inspire me to work, while others make me long to go up to the studio and begin.
For me, I think there's a sense of unfinishedness about the latter ones. How to explain? Not unfinished in the sense that there's any more work to do to them - they are beautifully complete in themselves - but it's as if there's a kind of window in them that says 'you can continue in this vein, can bring your own ideas/feelings/abilities to bear on this.' I suppose it comes down to affinity.
Susiex

It is a very interesting question, Caroline, and there is probably no concrete, logical answer.

Maybe the ones that inspire us to write are the ones that push boundaries, and make us feel you know what? If they can high jump out the box, maybe i can wiggle my toe in the air and climb out of mine too...

I'm like that to, I also get the same effect with certain TV and films. I think when something is beautifully written, whether it be novel and script, it can remind me just how powerful words are, like drugs and boy do I then want some of it, so I write and write and write.

Thanks everyone for your comments. It's wonderful hearing all these interpretations - the narcotic effect of words, the toe-dipping...all brilliant stuff. And Susie, very interesting to hear that this happens with other mediums of creativity. Helen, you may have a point there about structure.

For me it's a very simple reason. Reading a captivating book makes me want to write something that will have the same impact on someone else.

I'll never forget the first time I read Murakami's Norwegian Wood or Margaret Atwood's Robber Bride. I was smitten with the characters, engrossed in the plots. When the books ended I felt a sense of loss, of missing the characters.

I want to write something someday that will do the same to others...

Great post, Caroline - I think when something is well crafted, tells a good story and yet also 'speaks' to something in you personally, then you can't help but wish to emulate what has brought such enjoyment - and admiration.

I think the best way to improve your writing is to read what you enjoy most in your chosen genre...and then write something to knock their socks off!

Thanks Essie and Kelly.
Yes, I think wanting to emulate something has to be a big part of it and as Kelly says, there's a strong urge to make other people feel as you have...