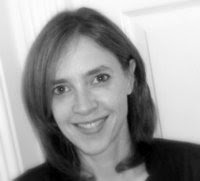 Oh the sheer unadulterated pleasure, each stroke bringing the senses to life – what a wonderful guilty indulgence.
I’m talking about writing, of course.
Each stroke of the pen, or tap of the keyboard, eliciting free-flowing words: sometimes lyrical, on occasions funny; each sentence ascribing moods, feelings and philosophies to people who moments before were swimming in the chemicals pinging between the synapses of my brain.
But to me this all seems like a terrible indulgence. I trade in words, I’m a journalist. My working days are dictated by the deadlines and word-counts imposed by commissioning editors of publications requiring anything from a feature about the masturbatory habits of men, through to details of the latest pay deal for consultant radiologists. That’s how bizarre and on occasions dull my job can be.
I appreciate that once a novelist is established, that they too will become a hostage to the wills and whims of their agents and publishers. They will have deadlines and word-counts and will be asked to do the unpalatable: such as adding or altering a character to enhance the book’s commercial appeal, but at the early creative stage the process is untainted in this way.
I want to write fiction. I know I am like so many others whose lives moves along a parallel trajectory to what they would really like to be doing. I am there with the photographer camped outside Katie Price’s house who wishes he were filming polar bears for the National Geographic or the session musician who repeats the same ‘la la, oooh’ background vocals over and over, when really she feels her own material and voice deserve an audience of their own.
And so that is me – writing articles which are read by real people, for which I am paid real (albeit not very good) money and wishing all the time that I was dealing not in reality but in fiction.
So what to do about this? Every time I allow myself to indulge this desire, I feel guilty. A little voice says: ‘Why aren’t you working? Why aren’t you drumming up proposals to send to papers and magazines? You’ve got a mortgage to pay, you’ve kids to look after; there is no one else to support you, what right do you have to be so indulgent?
And so I have joined a creative writing course – not because it will help me to get published, but because the tutor will set me tasks and I will meet her deadlines – only this time the material that I produce will be written with joy rather than dreary compulsion. It might, I hope, inspire me to get out that half-written novel that has been resting for too long, and allow me, to once again, view writing for pleasure not as a luxury but as a necessity.


Jo Carlowe, is a freelance journalist, specialising in health and psychology. She lives in London with her two children and plans to fulfill a promise that she made to herself, to start writing fiction once her youngest child started school (which he did in September).
Posted by Caroline Green at 06:00

Good luck with it, Jo! I loved your post, because It is exactly how I feel abut my writing - a sheer indulgence that, pure, wonderful 'me time', when really I ought to be marking essays or sorting out the clean socks. But wouldn't it be sad of it ever began to feel like 'work'?

Very interesting post, Jo, thank you. Like you, am also a freelance journo and do know what you mean about seeing writing as an indulgence. But as my fiction writing is what keeps me [vaguely] sane, I couldn;t be without it.

For me, fiction has become work and that has brought all the downsides of "work" with it. I've stopped enjoying it because it's become all about process and deadlines and meeting other people's criteria and their agenda. It's work because it's harder than all the other stuff I do - blogging, working for clients at my writers' consultancy, public speaking, having a life. It's my fault it's got like this and it's in my power to change it. So I will! Thank you for reminding me that writing fiction is supposed to be from the heart and is supposed to be pleasure. But, you know, I think it's not the writing that's become a chore, it's being published. Maybe I should write the next thing for myself. Now that would be a guilty pleasure!

I seem to have spent the last few days being in a grump and off-loading my crabbitness onto other people's blogs - SORRY!!! Good luck with your writing and long may it bring you pleasure, as well as your readers.

I can identify with this so much Jo! I'm a journalist too, and long for the day I can say bye-bye to reality and welcome fiction full time! I think what journalism gives us too is discipline. I never have a problem with getting motivated and if I say I set myself a target of writing 5,000 words of my novel, then I will do it.

I can identify with those feelings of guilt, Jo, and part of my desire to get published is that i feel that deal with vindicate the hours i spend in front of the computer.

Good for you, Jo. Plus, a few minutes every day - to build up the routine - will make a difference. Perhaps when you're commuting, with your trusty notebook in hand (the novelist's one no the journo's one). I'm in a parallel universe to you, trying to get two novels published while looking for part-time paid writing gigs!

Good luck with taking the next step, Jo. Hope you find the balance in your work that suits you.

I competely identify with this, as one who's making the jump from journalism to fiction. I found I had to give up journalism for a few months and treat the novel-writing as if I'd had a commission from someone - literally settingmyself deadlines to produce 1,000 words a day. It worked!

Thanks for all the encouragment. It does seem that those who manage to find a balance are the ones who actually set themselves a task - like Gillian's 5000 words, Derek's a few minutes a day or Keren's 'deadlines'. I think that's definitely the way to go. But interesting on Nicola's comment about fiction becoming work. I guess it's a matter of giving oneself 'permission' to actually indulge in the writing just for the sheer joy of it, and perhaps sometimes that has to become a conscious effort. It's certainly one that I'm going to try to make.
Jo Carlowe

Just to say good luck with your course!


I hope you enjoy it and get out of it as much as I am with my current Open Uni one.

Good luck with it! Just because you're enjoying it doesn't mean it's any less important.

Although the freelance writing I do to support my fiction still feels much more enjoyable that the 'real' job I used to do (in mortgages!)

I think we can all identify with the work ethic here: fiction is so wonderful to write, how can it possibly be work? To give it the time it needs to bubble up and be feels soooo indulgent, especially when there is no certainty of getting any financial reward for it. That's what's been keeping me from my longer WIP - how can I give that time when writing short fiction has a greater chance of being published? New year's resolution (holding good so far) is to give the WIP time each week as well as the short commercial fiction and my 2 day jobs.It's about maintaining a balance: I may fall off the log any time!!
www.lydiajones.co.uk/blog