Jack of all Trades... 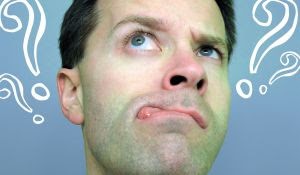 Something’s happened to me over the last couple of months. I am no longer an aspiring Women’s Fiction novelist with simply four unpublished books under my bed. Now I’m an aspiring writer.

What’s changed? It started when I saw the movie Twilight and was captivated by the characters and plot. I scribbled down the first three chapters to a young teen book which eventually morphed into one for young adults. And yes, *chuckle*, there was a werewolf.

Then, suddenly, I thought of a story for a competition I’d been meaning to enter. 1000 words was the limit. Never, in five years of concentrated writing, have I been able to complete a short story as I always failed to come up with of a satisfactory ending. Since completing and entering that tale, however, I have submitted another to Fiction Feast. I am also about to take part in another competition with a limit of 1500 words.

On top of all this, I have an idea for a children’s book based on my current chick lit story, a time-slip novel set in Ancient Egypt. In fact I’m wondering if this chick lit novel is responsible for my recent diversification – I had never attempted historical fiction (albeit very light) before and the whole process made me question where my talents (such as they are) really lie.

So, is this a normal route for a writer? Do we start off focussing on one genre and then eventually find the confidence to trek down other routes? And is this a foolish quest? Is the risk that we become Jack of all trades and master of none?

Most published novelists I know started off writing short stories, so I guess that answers my question. I must be pretty unusual, coming to the whole process back to front. The problem now is that I’m overwhelmed with choices - how do I know I'll make the right one? Although whatever I write - even if it includes werewolves - there'll be something new to learn.
Posted by Administrator at 06:00

I'm very excited about this new string to your bow, Sam!

Aw, thanks, Rosy. Have to say, i think i'm discovering how writing short stories can help novel-writing - i never really 'got' this before.

Fab post, Sam and really inspiring. I think I am a bit of a one trick pony in comparison. And my one trick is a bit rubbish, ha ha!

I think it can only be a good thing, this diversification. It's got to strengthen and tone those writing muscles...

I agree with Gillian. Look at cross-training!
I think it also helps keep writing - and our attitude to it - fresh. I paint, and often it feels like a fight between this and writing. Yet I know that one informs the other. It's a horrible little insidious phrase, that 'Jack of All Trades' one...
Susiex

This is quite weird Sam as I'm due to post tomorrow - and am going through EXACTLY the same thing as you ie 'Have I done this backwards?' I'm now quite keen to get into short story writing and was going to blog about it tomorrow! x

Sam I think it's wonderful that you are thinking broadly, not just across genre but media, also.

I know I get lots and lots of story ideas and one of the first questions I ask myself is 'what would be the best media for this?'
Some stories scream 'radio play' others, 'triology of novels.'

I see myself very much as a writer first and formost.
To date I've written novels, but if my next story needs to be a film, then that's what I will write. Or at least I will try to. The mistake would be to try to shoehorn that story into a novel.
HB x

You are a journalist though, Caroline, so i suspect your writing talents are already very diverse.

I like the cross-training idea, Susie. Yes, it is an insidious little phrase, but i dunno, can;t help thinking there might be a titch of truth in it. If i was 20 years younger and had time on my side, i might feel differently!

That is weird, Fi - i look forward to reading your post!

Thanks, Helen. Strange, isn;t it, i've always thought of myself as a novelist before being a writer. I bet you'd write a great screenplay.

I agree it's possible to be anything you want to be! The only genres I don't feel I could do are women's fic and sci-fi! But we should all try our hand at everything until the hand finally fits the glove.

I can identify with your need to diversify. I guess there are no rules to how many genres one writer can write in... just so long as the passion's there. Good luck with all your different areas.

I think we all need to try different things to find out what we are best at and what we enjoy most. I started trying non-fiction, had a small amount of success but didn't much like doing it. I tried novels but lack of time was an issue. I tried literary shorts but, ahem, was rubbish at them. But women's magazine short fiction seems to be what I do best, and is certainly what I enjoy writing most.

Though I will try a novel again at some stage....

Glad to hear you're enjoying diversifying - it's inspiring to hear of another writer's excitement. Good luck with those comps and the sub to TAB.

I started out many years ago (more than I care to calculate) thinking I could write YA novels. More recently I was interested in the cozy mystery genre. Now I'm all on fire about my novel that seems to defy classification. My experience certainly mirrors yours.

Deciding what to work on next is a dilemma for me to. I hate to start down a road only to find far into it that I wasn't really ready for the work. In the end, though I've decided that I must go with what feels the best and commit to it.

Hmm, i don't think i could manage sci-fi either, Gillian. But then at one time, i'd have laughed at the idea of me writing any sort of histfic.

Thanks Womag - i certainly enjoy writing for the

women's magazine and wouldn't know where to start with literary fiction, short or otherwise.
I bet you could write a very marketable WF novel, after all your Womag experience.

That's exactly how i feel, Pablo, about not wanting to spend time and effort going down one road and then finding out it's not really the right one.
Although this fear could just be another excuse to procrastinate!

I'm another who started back to front, with novels first - I had four under my bed before I tried a short, and even then they weren't very good. And yes, I think the key is learning to recognise what size an idea is, if you see what I mean. (Though I did take a short story for a walk one day, to think it through, and halfway round the park realised that it was actually a novel. Bother. I've got two of those already in the queue...)

And cross-training is right. Learning a bit about writing poetry can be fantastic for your prose writing, even if you hate every minute of the course.

I do think, too, that you MUST learn to let go of the idea that spending time and effort going down a road which turns out to be a wrong one, is time wasted. It isn't. Nothing you write is ever wasted. It was writing you needed to do.

And the weird thing about letting go of worrying about whether you're writing the 'right' thing or not, is that it much, much more often turns out that you are, because you write so much better when you're not judging what you're writing in those external, Inner-Critic-driven terms.

Writing the same thing in the same genre in the same style would be like a painter constantly using Magnolia and not the whole spectrum of colours that are out there just waiting to be splashed about a bit! It sounds like a real rollercoaster ride you're on Samatha! Woo-hoo!

What a naughty short story, Emma!
I agree, though, and it is something i've only learn recently, that nothing is wasted. I mean my werewolf book was a huge amount of fun and although it will undoubtedly never see the light of day, writing a few gory scenes such as never appear in chick lit, really stretched me and made me step out of my comfort zone.

I've started writing short stories as way of taking a break from writing the never ending drafts of a novel.

I wish I'd started with short stories.

Good luck with the competitions.

Thanks, Fia - yes, they do make a welcome break. Good luck with yours too.

I agree, Sam - it's good to diversify. Congrats on all you're doing. The more different things you try, the higher your chances of success. I think it also stops you becoming so desperately focused on (for instance) the fate of a novel, that you'd feel like giving up if it wasn't successful straight away. Good luck!