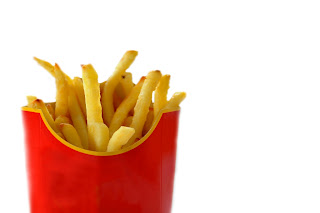 We live in a world in which we are surrounded by an obsession with size. Size double zero is the new size zero, according to the Americans. And you only need to look on the cover of OK or Hello magazine, or indeed any of the glossies, to see a story about someone's weight. You can have two size ten dresses, bought from different shops, and both may vary widely. Not because the manufacturer has made a mistake, but because size simply varies. And then there's food - you can choose the 'super-size' meal option at many outlets - presumably then, you won't be a double size zero though! At the vast majority of these fast-food eateries, it's not about the quality of the food, but the sheer quantity which appears.

When it comes to books though, you have to ask yourself, does size really matter? When you're in the throes of plotting the storyline or getting down to the nitty gritty of your WIP, what consideration do you give to length? Do you have it all plotted out before you start? Or do you simply leave it in the hands of the literary gods?

In the end, a novel should be the right length for itself. A publisher would much prefer a novel of 70,000 words in which every word counts, instead of a tomb measuring 150,000 with unnecessary fluff for padding. And length varies with genre too. A sci-fi or historical fiction novel will understandably be longer than a book of the literary genre.

There are some novels (not novellas) which are rather short in comparison to others, and one in particular which springs to mind, Disgrace by JM Coetzee, also happens to be one of my favourite all-time books. Not for one minute while I was reading it, did I believe I was cheated out of my £6.99 or whatever it was I paid in Waterstones. This is a perfect example of a novel being the right length for itself. And I remember feeling truly satisfied when I'd closed the book.

Also in the slim volume category are The Cement Garden by Ian McEwan, The Catcher in The Rye by JD Salinger, Breakfast at Tiffany's by Truman Capote, The Pilot's Wife by Anita Shreve, and Mrs Dalloway by Virginia Woolf. There are many more which fall into this category, all of which are not simply cut short by the author, but instead are allowed to breathe. By contrast, there are lengthy novels which hold this reader's interest too, including Crime and Punishment and The Brothers Karamazov by Fyodor Dostoevsky, and Ulysses by the legendary James Joyce.

My advice to writers is to go with the flow (although do make sure your word count is within the 70,000 to 150,000 or so guide word length, depending on genre), and simply allow the novel to finish itself. Then, there's War and Peace by the great Tolstoy....how many of you have read it? Come on, tell the truth.....
Posted by Gillian McDade at 15:35

I was interested in your comments, and yes, I've read War and Peace from cover to cover. :-)
I published my first children's book in A5 size and now realise it should have been the traditional size to fit with the others in the bookshops and libraries, it would have made the spine wider and easier to illustrate, and would have been more obvious on the shelves. By reducing the size, it also made the printed page easier for children to read. I'm rapidly learning. Kind Regards, Carole Anne Carr.

I believe you :) lol Actually I've come across quite a few non-regular readers who have in fact finished the whole of War and Peace! Thanks for the comment Carole Anne.

I've never read War and Peace, but I do like reading books of all sizes. I find alternating between reading a shorter novel and then a longer novel keeps me motivated to read for some reason - or am I just a bit strange?!

I'm not writing a novel, just poems and short stories, but I'd like to attempt a novel some day -
it's the 70,000 plus words that worries me!

Thick novels put me off, to be honest, my days of reading sagas are long gone - so i don't know why publishers think slimmer books will put readers off.

Have never read War and Peace...
I love thick books, though, because I can really lose myself in them - obviously with the proviso that they are totally enthralling. There are few pleasures more pleasurable than knowing you have another three hundred odd pages of delight to come. My own WIP is 96,000 and I suspect will be shorter after this (nth) revision.

Good point, Julie about alternating short and long books - must bear that in mind for future reads!
Sam - there are some great books which are short and sweet, and they have the same impact as longer novels.
Susie - I suppose a long novel is a bigger adventure :)

I think many writers have a natural length, not consciously, it's just that their books seem to come out like that. Even at the literary end of things, where there's more leeway to be very thick or very thin, it's rare to see a row of books by the same author which vary wildly in length.

But we've all read books which seemed to go on for ever, while actually being quite short, and others which fairly whizzed by, although long: it's as much about narrative drive or thematic complexity, as it is about wordcount. And publishers can do a lot to finesse how long a book looks, versus how long it actually is. My second novel is actually a bit shorter than my first, but as designed by the publisher, its paperback is thicker, I guess to look like a good, meaty read.

I laughed out loud at your 'tomb' typo - mainly because I'm reading a monster tome by China Mievill (Perdido Street Station) which, although beautifully written, is at least four times too long and I am feeling buried alive under barrow-loads of excessive 'padding'.

One of my all-time favourite novels is a little gem by Robert Irwin called The Limits of Vision. Small, but perfectly formed.

Um, not me! Great post Gillian and I agree that a book is as long as it is. But I do wonder whether the books in your list - even the comparatively recent ones - would be 'allowed' to be that length in these times...

I have never read War and Peace and dont intend to, no reason other then it's not my thing. I was fascinated by Emma's comments on what the publisher can do as I would have sworn her word count on Alchemy was more than her first?? Those clever publishers eh?
My first novel's first draft was 96000 with the final version reaching 78000! My second one, currently re-writing/editing, will end up around the 80-85000 mark.
Actually though I never care big or small as long as I'm completely engrossed - in the novel that is!

Thanks for the comments Emma, Graywave, Caroline and Fionnuala.
Very true Emma about the writer's natural length - all mine ( all two of them!) have ended up around 85,000 to 90,000.
Graywave - I'm going to check out Perdido Street Station! Also, one newly released lengthy novel which has caught my eye is 2666 (that's the title, not word length!!).

A very interesting debate about wordlength and size. I suspect there are genre norms. I'm working on a Thriller and I believe (but very open to guidance!) that around 100,000 to 105,000 is standard. Which is comforting because that's about average for me, after the 160,000 fantasy novel anyway! Or maybe I need to work much harder on my editing skills and kill some darlings!

I think a thriller needs to be meaty, Derek - therefore the word count is justified. I must say I do enjoy every page of a John Grisham novel.