Time flies when you're having fun 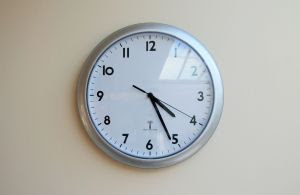 Happy birthday Samuel Johnson, Charles Darwin and Edgar Allen Poe. And here’s some cake for you too, Louis Braille and Arthur Conan Doyle. This year is chockfull of literary anniversaries. They don’t mean a lot to most of us but they’ve got me thinking about the personal marking of time when it comes to writing. I haven’t wanted to admit, even to myself, how long I’ve been writing seriously without any visible sign of success. Actually, I’m not even sure what ‘writing seriously’ means. I’ve squeezed it in with having two children and some semblance of a career. But I’ve seriously wanted it, so I guess that counts. My youngest child just turned six and it has made me face up to the fact that I sent out my first manuscript when I was a few weeks from giving birth to him.
In those days I didn’t believe statistics about all the people out there trying to get published. This was clearly a lie designed to put off anyone who wasn’t serious. Having once dealt with reader letters on a newspaper, I also thought that the majority of manuscripts would be in green ink, with the occasional random capital letter in the middle of a sentence. They wouldn’t be as good as mine, no siree!
I had one bite from a top agent who requested the whole thing. I was such a rookie that I thought it would be a nice idea to get the manuscript semi bound at the printers. [The shame!]
Needless to say, I really believed this was it. I was on my way.
A whole year later, she rejected me outright. I had been quite busy in that time it’s true, what with not being allowed to sleep or eat a meal in peace, but even so, it didn’t occur to me that I had any say in the matter of my long wait. This incident has now been filed as what my husband calls A Harsh but Important Lesson.
A certain birthday came and went and no one died because I failed to reach my goal of publication before I hit 40.
I’m now on book number 3 and just as hopeful as when I sent out my very first submission. I’m a little more cynical perhaps, especially as economics have made the whole thing even harder. But in case this sounds like a big woe-is-me, there’s been plenty to celebrate in these years. I’ve made some fantastic friends. I’ve discovered (online and in person) a whole community of people who really understand this compulsion to put things down on paper. I’ve won a writing competition and been on some stimulating courses. Hopefully, I’ve picked up a little bit about the craft of writing too.
But most of all, I’ve learned that I’m no fly-by-night. I haven’t stopped writing through the good times and the bad, even when that much wanted break has been snatched away from under my nose. I’ve got through my long dark nights of the soul and pitched up at the keyboard once again.
So I’m raising a glass to everyone out there who doesn’t give up on their dreams.
Cheers. And many happy returns to you all.
Posted by Caroline Green at 06:47

Cheers to you, Caroline! I agree about time flying; I feel like I've only just begun in a way - they'll be prising the keyboard / futuristic equivalent from my arthritic fingers, so they will!

Great post, thank you. Cheers to you too Caroline!

Yes, i am sure stamina is one of the most important qualities a writer must have. And you clearly have that in buckets, a lesson for us all.

Aw, thanks everyone! I know what you mean by thinking this is just the start Emily. I still feel like I have tons and tons to learn. Cheers again to you all :-)

I'm not sure what success means any more... Some of my writer friends are turning to "doing it themselves", with print-on-demand or even going so far as to set up a very tiny publishing company. Others want to go the "old-fashioned" way and see publication with a Publisher as only real validation. From what I hear about the industry, it's very tempting to go with the former. In any case, an inspiring post! Never give up!

I'm of the latter school too, to be honest. If it doesn;t happen the traditional way, then I don;t really want it. But I have every respect for those who go the self-publishing or POD way...

I enjoyed your post very much Caroline, it certainly helps to put things in perspective.

Well said, Caroline. Tenacity and patience must be the top two attributes for writers and you've proved you've got both. And the other thing is that we never stop learning the craft - as you've also discovered. Not from taking lessons - just by slogging away at it!

Thank you all for your comments. Yes, I think slogging away tenaciously is the only thing we have any control over in this business!

Near the beginning of my writing career (what a pompous phrase - what it means is when I actually started to try to get published) I read this and found it inspiring: "published writers are just unpublished writers who wouldn't give up".
I honestly believe that: if you have the talent, determination is is a close second requirement. It's difficult to maintain self belief, particularly in the current economic disaster zone, but keep on keeping on everyone!

I like that, Lydia....might print it out and stick it over my desk!

Well put Caroline! I think all writers will agree.

Late to this Caroline, but was good to read it (esp. having had a rejection today!).