Starting as you mean to go on 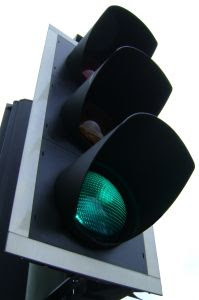 I’m not usually given to tantrums, but I almost threw a novel across the room the other night. I even had a brief fantasy involving the temperature 451 degrees Fahrenheit, until I got a grip of myself and remembered the Nazis. The book was a highly acclaimed novel by the recently deceased author John Updike. It was littered with reviews from Important Literary Figures and there were as many uses of the word ‘genius’ on the cover as there are glittery stars on a Katie Price. But lordy, was it a chore to read. The first chapter included a description of a room that lasted for about three hours I’ll never get back. In the unlikely event that I’d chosen this book to read randomly (unlikely because I’ve read and hated two other Updikes) I would have slung it aside and moved onto something much more enjoyable. And let’s say a catalogue of drill bits and rawl plugs left behind by our electrician started to catch my eye at one point. But it was chosen by someone in my book group and I felt I ought to make the effort to finish the thing.
And finish it I did (she says smugly). What’s more, the subsequent book group meeting was one of the liveliest and most stimulating we’ve ever had. Unfortunately, for me the Updike book didn’t improve a great deal, although the start was very much the worst part. Some people liked it but we all agreed that this was a classic case of An Author No Editor Dared To Touch.
Sometimes though, getting beyond the difficult start of a book can bring rich rewards. The two examples that come to mind are Midnight’s Children by Salman Rushdie and Captain Corelli’s Mandolin by Louis de Bernières, both of which I hated to begin with and then went on to love. In the days before motherhood and writing (ie when I had some time) I tended to stay the course with every book I started. (And I say that as someone who almost ground their teeth to stumps, reading Infinite Jest by David Foster Wallace). These days, if its opening 50 pages don’t grab me, I have no hesitation in tossing it aside.
All this got me thinking about the start of novels and how easy it might be for a good writer to be missed, simply because their opener doesn’t grab a jaded publishing type by the throat. And when you think that most agents are giving up their free time to read their submissions pile, you can’t really expect them to persevere and dig for gold. I’ve been looking long and hard at my openings and thinking about whether they can be stronger. After all, have you ever heard of a book being criticised because the opening was ‘just too gripping'?
There's nothing wrong with a slow burn if it's skilfully executed and some of the best books take time to really get your attention. But speaking as an unpublished author, it seems to me that it's only when you’ve reached the heights of literary stardom that you can afford to make your readers hang around.
Posted by Caroline Green at 20:51

I have to admit you really had me laughing here:
"...as many uses of the word ‘genius’ on the cover as there are glittery stars on a Katie Price"

That is so true, Caroline.

I would rarely abandon a novel when i was younger, i even did my best to plough through Mein Kampf. But now that my time is more limited i am extremely impatient and have been known to abandon a book after just a few pages.

I think the opposite can be true though. The front-loaded novel that starts off with a great head of steam and then peters out...I think ends can be the most disappointing things of all for me.

There is also a temptation for the real gimmicky opening with the writer going "When I looked back later I wondered how I had ever managed to find myself giving the kiss of life to a priest whilst fending off a rabid rhino with my right hand" or whatever, when the excitement hasn't really been earned.

I don't know. It's a good debate, though.

LOL, Rosy! I know what you mean. I do think that a book not delivering on what it has promised happens fairly often too.

Thanks also, Sam and Luisa.

Fabulous post, Caroline! I think that's the beauty of Book Clubs. You may grumble at others' choices but occasionally you may find yourself getting sucked into a novel that, had you been reading it for your own pleasure, you would have tossed aside, as I nearly did with E. Annie Proulx's "The Shipping News" - a book I eventually started to love.

It's so easy now to get drawn into a book from the start, as Rosy says, only to be disappointed as you read on - "Mister Pip" springs to mind immediately.

Someone said you should read the middle bit of a novel before you buy it/borrow it, if you want to find out whether or not the author is likely to be worth reading, as good beginnings and good endings are de rigeur with new writers these days.

Very thought provoking and so true. One of the members of our book club always reads the last page of a book before even considering the beginning; I have discarded quite a few suggestions cos of time constraits but yes, I did plough though Captain C's Mandolin and I eventually grew to love it!

Geri, the Annie Proulx book is another great example of the slog paying off. I'm sure there are tons more...
Helen, I can't imagine reading the last page like your friend! Although I suppose there aren't that many books where something truly stunning happens literally on the last page...
[answers on a postcard to the usual address...:-)]

There have been so many long-winded (and lengthy) ones which I've ploughed through Caroline - Ulysees, and Darkmans (one which is utterly brill)...etc....
One book which looks like a real chore to read (but which comes with rich rewards at the end) is on my 'to read' list - it's called1608 ? or 88088 ? 166780 ? - I can't remember the name of it now, but it's a number anyway. It looks good, but I know it'll be tough going.
(Note - if anyone can remember the name of this book, please let me know!!)

ooh, I'm quite intrigued by that, Gillian. Doesn;t ring any bells at all, but sounds interesting!

I've found it! It's 2666 by Roberto Bolano. I inserted digits in the Amazon drop down menu, aided by the predictive thingy! yay.

I have just Googled it, G, and I think it looks a bit frightening! Let me know what it's like!

It is frustrating when you've read glittering book reviews and the books been built up on the TV -like with the Richard and Judy book club, and you find it's not your cup of tea at all. Having said that, I've been to a couple of book sales and the library recently and have picked up some real gems that I wouldn't have even thought about reading before. It sometimes pays to delve into the deeper recesses of the book shelf and push aside the all singing and all dancing novel given pride of place.

When I was younger (and probably still full of Protestant Work Ethic or something) I'd always plough on with a book and finish it regardless. I simply don't do that any more; like Samantha T I have been known to abandon a book after just a few pages.

But I do take on board your notion of books that take longer to grow on one and / or those that may not be one's usual selection and do try sometimes to pick up a book that is *not my type* - and have (mostly) enjoyed them hugely.

I've got very (lazy/judgmental/critical) in my old age and if the first pages don't grab me, I don't continue. Perhaps I should. But would rather devote the time to the ones that do grab. And a slow-burner can grab - for me, it's as much a matter of style as content.
Susiex

Julie, I think it's such a shame that it's only the likes of R&J books that get any space in the big bookshops. I should use the library more, for sure.

Thanks for comments, all.

I'm glad you said that about Updike. I've tried him too and failed to understand the "genius".

Sometimes I think what we read is a question of timing. I've come back to books I couldn't get through, and don't know why.

There is something marvellous though about refusing to read a bad book any further... No matter how praised it has been by the powers that be!

Jeanette, yes, I know what you mean about that and sometimes feel that way about films everyone else seems to love!

The thing that surprised me though with the Updike book is that when I finished it, I had exactly the same feelings I'd had about the other two I'd read: a certain coldness and misogyny in his style.
I do sometimes wonder how much my tastes have changed though..