Saturday Night's All Right For Writing 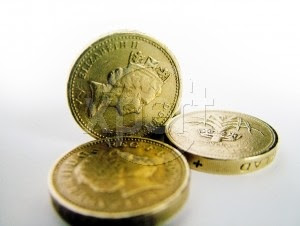 I was first alerted to the WriteInvite site by the ever-first-off-the-starting-block Womag, at http://womagwriter.blogspot.com/ who, following on from a very informative post about the opportunities for writers to try their luck in the fillers’ market, described the weekly online competition as one more opportunity to make money from your writing. Intrigued, I followed her link to http://www.write-invite.com/

I’m glad I did. Apart from last week when I fell asleep and didn’t wake up till 5.40 I’ve been going back ever since.

To quote the brains behind the site, Rob Richardson “WriteInvite could be described as a Literary Open Mic!” Just turn up every Saturday at 5.30, log into your account, ensuring you’ve already set up a Pay Pal account so you can pay the entrance fee of £3.00, wait for the three story titles to pop up on your screen and you’re good to go. You have thirty minutes in which to pay, browse the titles, choose one, then allow your story to unfold within the time limit, making sure you give yourself five minutes at the end to tidy up.

What follows is that Rob draws up a shortlist of three stories, everyone votes and the winner wins £40. Not bad for half an hour’s work. Recently, as an encouragement to writers, I believe Rob has also begun to name the stories that narrowly missed the shortlist.

So what if you hate competitions because you know you’ll never win anyway? Personally I don’t go to WriteInvite because I think I can win. Though I have as much chance as anyone else and far more than you if you’ve already made up your mind not to enter.

I go there for two reasons.

The first time I entered I desperately needed an idea for a woman’s magazine story. I hadn’t written a damn thing for a fortnight and was getting seriously worried that I’d never write another story again. Having heard the virtues of free writing extolled numerous times I thought I’d give it a go.

I could have done it on my own and saved the three quid. But somehow, knowing that all over the country others were sitting down in front of their laptops all making the same commitment to the exercise as me, spurred me on. With only 30 minutes at my disposal I couldn’t shilly-shally wasting time re-inventing the English language. I had to crack on. And having the time limit pre-set by someone other than myself relieved me of any obligation to stay on after the competition doors had closed and fix the bits I wasn’t happy with. To be able to blame outside forces is always good news for a writer!

I didn’t win and I wasn’t short listed, but my story was mentioned and anyway, even if it hadn’t been, I was proud of myself because I’d broken my jinx and the following week I wrote a 2000 word magazine story in a day,

The second reason for me having a go at the competition is this; if you write within a genre, as I do, WriteInvite presents a rare opportunity for you to kick off your shoes, let down your hair and take a few writing risks. You never know where it might lead and if it leads nowhere, well, you’ve had a bit of fun, which is, as Rob says, the main purpose of the competition. So go on, check out the site. Take a risk. What else would you be doing on a Saturday night? You’re a writer, aren’t you?
Posted by Geraldine Ryan at 23:13

Wow, that sounds like a fascinating idea. I love the thought that it can be a good kick start (or necessary kick up the bum)when you're feeling 'blocked'. It also isn;t as scary a commitment as NaNoWriMo!

As the saying goes - you have to be in it to win it! I'll have a look at that site. What have I got to lose? I might not win or be short listed, but it's good practice and a good excuse to sit down and write! Thank you Geraldine.

All sounds a bit scary to me:) What a great idea. Having to work under pressure can often give rise to some great surprises.

Ooh, thanks for posting this, Geri! Also, I just read your great article about writing serials in Writers News - t'was excellent!
Susiex

What a fun idea, and one which would really encourage people to get motivated!
Great post and thanks for sharing the link.

It's great to hear people like the idea. We are having great fun doing it, although the ship, as it were, is taking a while to get out of the water.
The standard has been genuingly high -= people can read on the site - sorry if this sounds like a shameless commercial, I'm not fact used to blogging, I just caught up with Geralidine's comments and thought I'd say something. What I also think is lovely is that ours isn't just a vehicle just for itself, but either as a starter or for people to get something out to the mags and comps. The 'rush#' of writing can do this, with honing afterwards, usually.
Geraldine's a bit of a writer though, isn't she, for sure!!
An interesting thought I need some help on is you ladies are far, far braver when it comes to throwing yourselves in on these things - why is this?