Guest Blog by Adrian Reynolds - Have you thought about writing for screen? 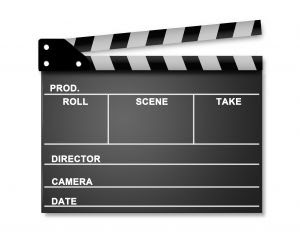 There’s more to writing than prose, and I wonder if you’ve ever considered writing for screen? I found my feet as a writer with some classes in scriptwriting conducted by a lovely guy called Jon Wood, whose career has been all about creating plays for children. It turns out that I was one of them, way back when, and now he was my mentor as an adult.

Jon’s classes were an opportunity to test out concepts and scenes with an audience of other writers, and even by reading out scenes ourselves we got to learn a lot about pace, dialogue, and character. Sometimes we had the luxury of acting students performing what we’d done, script in hand, and that moved the whole process up a notch.

For some reason, I was the only writer who spotted the natural simpatico between student writers and student actors, and made the most of the connection by creating playlets that were put on in showcase performances at Nottingham’s Sandfield Centre.

My first, Probably A Robbery, was inspired by the world of dole, dope and DJs I was part of at the time, set in a 24 hour garage with a pirate radio station attached. I wrote it for the friends I had who never set foot in a theatre: I’m passionate about art being able to connect with audiences who don’t spend their lives immersed in review sections.

So, I’d written a short play, what next? Well, there was a competition in The Times for screenwriters to submit a feature film treatment. I didn’t think of myself as a screenwriter, had no idea what a treatment was, but figured Probably A Robbery would make a good film. The Times agreed, and the competition win led to me meeting Four Weddings producer Tim Bevan, who compared my work to that of Hanif Kureishi – they’d worked together on My Beautiful Laundrette – and said I seemed to be doing the right things where writing was concerned.

All of which makes this sound like a success story, and if things had progressed at that speed subsequently I’d be writing this in my Icelandic retreat, receiving a shoulder massage from one of my personal assistants and polishing my Oscar. But as we all know, progress happens incrementally: mastering screenwriting is an ongoing journey, and the form is very different from writing prose, something I could write about in the future if there’s demand.

So, what have I accomplished? Well, I’ve scripted episodes of Doctors for the BBC, the entry level show for new writers. I’ve got excellent feedback about a series of my own, The Sharp End, set in the world of drugs work. And I’m making headway in developing some feature film projects.

What I can say from all this is that I relish the lean and purposeful writing of a screenplay, and that even if you’re not set on making a living at it, you can learn a lot from studying scriptwriting.

Screenwriter and script doctor Adrian Reynolds writes about creativity, writing, and things he's seen and read over at www.youdothatvoodoo.com, where you'll also find samples of his work.
Posted by Administrator at 18:55

Very interesting and thought provoking post. Thank you. I've never considered script writing but I know a Creative Writing course I'm planning on doing next year covers it, so who knows!

For some reason a script seems sooo much harder a prospect to me than a novel. But I guess that's just the unfamiliarity of it. Thanks for an interesting post, Adrian.

Congratulations on your success to date, Adrian.

I've wondered about script writing as my novel prose relies heavily on dialogue, but i don't know - it's taken me 4 years to gain some confidence writing books!

Great post and something I've wondered about as I watch drama and soap unfold. That character driven writing is so multi faceted and right up my street. I think you might have inspired an old bag to delve deeper into that area!

Thanks for your comments, all.

I'm not sure that screenwriting is harder than writing prose...let's say it's as hard as writing good prose. When your focus is on telling a story with images, you very quickly start to realise what your limitations are, and hence what you need to learn.

To stretch your visual storytelling muscles, as an exercise, I'd suggest working out how you'd convey that it's a special day to a character (birthday, anniversary, etc) and that they want to dodge their other responsibilities (work or whatever) and celebrate. How can you convey that sequence in non-stereotypical images without dialogue..? Have fun!

Adrian.
I am off to your website pronto. Lately I've been toying with the idea of scriptwriting myself. I know it's a huge different kettle of fish from writing serials and short stories, which is what I do. But I do mean to have a go and will definitely start with your exercise. Any more of them around?

Good luck with your career! It won't be too long till you're polishing your Oscar!

I tinkered with scriptwriting when I was at school and was reasonably successful with it. I'd like to take it further in tandem with novel writing.
Thanks for the info, Adrian!

Thanks, Adrian. Shows it can be done. My scriptwriting was restricted to educational programmes, but I sooo enjoyed it! Must be great fun to script soaps.
Susiex