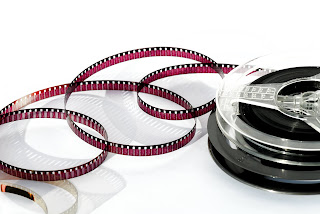 I like to read a good book as many do, but I also like to watch a good film. However, a well-written and entertaining narrative does not necessarily translate into a good film.

It's always exciting when a new movie comes along, one which has begun its life in literary form. Standing in the box office queue, you wonder what the filmmakers have done to it, and will there be parts which veer considerably from the book? Will they present the characters in the same way you visualise them in your head? Or - crisis - will they butcher the whole thing and change the ending?

A sizeable proportion of films released over the past few years have been books in former lives, a fact which prompted me to wonder what percentage of movies are in fact, adaptations? My (very) rough guess is around 18 per cent.
Books which have been made into films include: Girl With A Pearl Earring, Atonement, Fight Club, The Reader, Chronicles of Narnia, The Constant Gardner, PS I Love You, The Kite Runner, and not forgetting the Harry Potter series or comicbook adaptations like Hellboy. Of course those few are just a drop in the ocean of the vast number of book and film marriages. I also hear on the grapevine that both the Time Traveler's Wife by Audrey Niffenegger (who last week sold a new manuscript for close to $5 million) and the wonderful Secret History by Donna Tartt (at last!) are to be made into films too.

I much prefer to read the book before I see the film, which I believe to be the case with many people. A book allows you to create the characters yourself, whereas the filmakers have presented them in front of you. There are some exceptions to the rule though - wouldn't you much prefer to watch The Godfather, rather than read it?
Probably the main reason that the average Joe Public prefers the film version is a short attention span and access to a form of 'easy' entertainment. The average teenage boy would probably prefer to watch a Vin Diesel action movie than read a book upon which the film is based.

There are various books I've read before they were made into films and have been a pleasant surprise when the red curtain goes up. Into The Wild directed by Sean Penn was excellent, retaining much of the sentiment of Jon Krakauer's book; however I did have a feeling it was 'Hollywoodised' as is the case with many.

And what about those films you didn't even know were books in the first place?
How many of you have been in this situation?
Friend: 'Fancy going to see Marley and Me?'
You: 'Yeah it looks good.'
Friend: 'Have you read the book?'
You: 'What book?'

But it seems to be the hotshot Hollywood directors and producers who take much of the glory for the success of a project. Who's heard of Vikas Swarup? Readers may know him as the novelist who wrote Q&A, the story of an orphaned 18-year-old who won a major prize in a quiz show. Many critics said it was a preposterous idea for a novel, but look at the subsequent success of the movie - none other than Slumdog Millionaire.

Perhaps your current WIP (work in progress) will be the Academy award winning Best Picture of 2012? Don't don't rule it out. And while I'm on the subject, can you think of your favourite book/film combo, a successful marriage that holds up on both sides? American Psycho? The Silence of the Lambs? 25th Hour? To Kill A Mockingbird?
Posted by Gillian McDade at 17:14

Not many make the transition well. One Flew Over the Cuckoo's Nest is an exception for me; No Country for Old Men, also. Yes, they are filming The Time Traveler's Wife, which could work, or could have Meg Ryan and Harrison Ford-types and be excruciating. I've not seen The Da Vinci Code, but have heard it's worse than the book, which I find hard to believe.

Gone With The Wind. I adore both the film and the book. And I'd agree with To Kill A Mockingbird as well.

Agree with "Gone With The Wind". Also think "Bridges of Madison County" was much better as a film, even though Meryl Streep was much too blonde.

MY daughter and i love the Shopoholic books and recently saw the movie.

Some of the changes grated a bit (they made the MC American, for a start) but overall the film conveyed the spirit of the books and we enjoyed it.

Thanks for the comments Tom, Helen and Lydia. Tom - I definitely agree with you re The Da Vinci Code, but I thought the book wasn't great either!

I remember being horrified at the adaptation of The Color Purple. I loved the book and HATED the film, which was a bit strange because Alice Walker also wrote the screenplay!

I would be interested in seeing the Broadway production of The Color Purple Caroline. It was on when I was in New York last Christmas and I regret not going to see it.

David Lean's "Great Expectations" easily held its own against Dickens's novel, I think!

Without a doubt the ultimate example of Books being converted to films without a loss of vision would be the 3 Lord of the Rings films.
Anyone who originally read the books then saw the films had many many moments of jaw dropping "I didn't think they could recreate that" experiences.

Would you like to learn about movie rating?
You want to go to the cinema and you dont know what movie to watch? Search no further! We have gathered all the latest movies, with their current rating.

Rate this Movie is a big movie community where you can learn about the top performing movies.

Would you like to buy kinect? It is not released yet but you can pre-order the kinect sensor for the xbox 360 already!