Guest Blog by Sarah Bengry - The Addiction of Writing 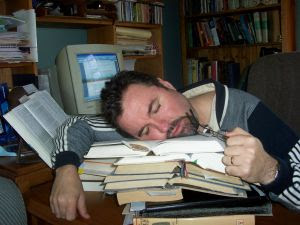 Hello. My name is Sarah, and I am an addict – a writaholic.

They say there’s a genetic predisposition, but it wasn’t always like this. For twenty years I held down a ‘real’ job, was successful – was solvent – until the awful obsession kicked in. I can’t even blame the excesses of youth. At my age, I should have known better. But then, it was only a matter of time; a staving off of the inevitable.

I guess it began in a casual way, a little dabbling at the weekends. I really got off on inhaling the smell of a pristine, A5 lined notebook. But, writing in longhand – well, it’s so slow. I quickly found myself losing the thread. And the indecision, the procrastination – the hours spent choosing a character’s name!

I’ll never forget my first. Mr Dent, or was it Denton? Whatever – he combed his glossy dark hair, stepped out of his door in Belgravia – and then disappeared in a puff of smoke, because that story never progressed. But I did read, a few years ago, that Dent, or Denton, is the most common name plucked out of the ether by ‘aspiring writers’, and just how weird is that! Maybe it proves my grand theory regarding this addiction of writing – that there’s some ‘greater power’ sending out little poisoned pens to zoom in on any susceptible minds – a sort of literary Cupid, minor god of purple prose and hearts. And, if we get injected or ‘dented’, then we might as well face it, we’re hooked for life. No matter how strong the resolve to resist, the hunger keeps nagging and gnawing away; just a matter of fixing on the right prescription – which, in my case, was something with more oomph and speed. I went out and scored a computer.

OK – it was reckless. I never thought it would kick in like that. One moment, I had it all under control, the next I’d given up my job, convinced of success and a publishing deal. Well, they say self-delusion is part of the game. But, it’s not just the writing any more. It’s all the sites that keeping luring you in – the crack of Write-words, daily doses of blogs, and best not to mention the Twittering.

And the side effects! Just look at what I’m reduced to – mooching around in pyjamas all day, living on biscuits and cups of tea, ignoring the door or the phone when it rings, just staring and staring at this bloody screen. My wrists are riddled with RSI. I’m in a torment from lack of sleep, all those ideas buzzing round me like flies. I’m plagued by blurred vision, the bruising, mauve bags hanging like suitcases under my eyes, the pallid complexion from lack of light; the dreaded, spreading ‘writer’s bum’. One night I dreamed that my legs dropped off, withered away from lack of use. I woke up retching, in a cold sweat. And still I try to tell myself, I can stop – I can stop – any time I want.

But, my finger are itching to press the on button, my ears long for that sweet little Microsoft tune. And when my words appear on screen, so perfect and slick in Lucinda Bright, there’s nothing quite like that sweet, rushing high, that heady adrenalin pumped through the veins – except that I fear for my sanity. It’s the voices, you see. They just won’t go away and sometimes I think I must be possessed; that my mind has been hijacked by wandering ghosts. Those parasites say they’re my ‘characters’ – but I know they’re sucking my blood! And, right now, there’s this tragic, Victorian woman who sits in a crumbling country house, and she can’t find her bottle of laudanum – and with both us well over-due for a fix, perhaps you’ll excuse me...I’ll just go and type up a few more words...I’ll just describe how she pulls out the cork. We’ll both calm down when we’ve had a good swig. Cheers!

Sarah Fox worked as an illustrator for twenty years and began writing almost three years ago. Her first book, The Diamond, a gothic Victorian novel, has recently been published in Russia. She is currently working on her second - another gothic Victorian novel! An obsessive pattern is developing...

Posted by Administrator at 08:04

Great post, Sarah. It really is an addiction - except unlike all others, there is no support group trying to help you give up. Say to anyone that you want to jack it all in and they'll go purple in the face telling you why you must not give it up.

In other words, there is no hope for us!!!

Thanks for sharing with us Sarah! This was definitely fun to read.

There must be a way to give up.

Excellent post!
But at least you can take solace in the fact that your addiction isn't destroying the lives of those around you.
Well that's the theory anyway!

I came so close to using the name Denton too - my excuse is that it was a real name in the historical sources, but maybe there is something more mysterious going on!

I LOL-ed at many bits of this, including 'the crack of Writewords'!!

And how very bizarre about that 'Denton' thing.
Thanks for a brilliant post.

Ooh I can sympathize with you - the RSI, the sore eyes, I get that too and I feel your pain (literally).

I also have a reading addiction, I'm co-dependent.

Oh yes, the reading - I think I'm co-dependent too!

Great - and chilling - post, Sarah! Have you ever got this addicted to anything else? Or is this The One?
Anyway, they say it takes - ten thousand hours, was it? - to become a genius at anything, so I guess addiction has its uses...
Susiex

Hi Sarah! Sounds like natural progression. Keep on creating. Best wishes,. ( I believe we went to the same school at the beginning of the 70's. Was Clive then.)

Hello Sarah, interesting reading, I believe I went to the same school as you, your husband threw me in the river.
Nigel