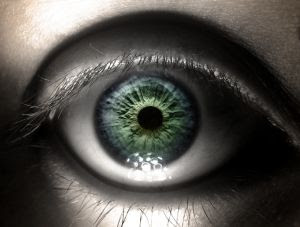 MARCUS BENTLEY VOICE-OVER:
Seven twenty-one pm.
Susie is in the study.
She appears to be busy writing a novel.
In fact, she has been given a Secret Task.
She is writing a post for Strictly…

Here it comes again – for possibly the final time. Tonight, seventy-nine crazy, egotistical and desperate wannabes will fight to win the (apparent) privilege of entering the Big Brother house. Among the would-be housemates are a neuroscientist, an ex Royal servant and a one-legged author. By midnight, the chosen few will be ensconced, their every flaunt, bitch and bicker recorded, edited and transmitted to the viewing public. Of whom (of which?) I’ll be one.

Big Brother is the Marmite of television. It’s fashionable for journalists to view it with contempt, to describe it as the lowest common denominator of entertainment whilst writing about it with great glee: it is, after all, the bread and Brother of their trade. Even the curmudgeonly John Humphrys writes a scathing article about the way reality television has lowered the tone of television, whilst omitting to mention that he’s taken part in just such a show himself - Art School - from which he did not emerge particularly well.

So what’s Big Brother got to do with writing, you may well ask? Apart from, in my case, being yet another excuse for procrastination?

It’s the psychology, see. A strange alchemy occurs when you place a Baker’s Dozen of people into the oven that is the Big Brother house for three months, and stir well. Tempers – and passions – are liable to heat up and rise. Alliances will form and break, enemies will be made, secrets will be extracted. And while this particular process is more likely to create lead than gold, the whole watching experience can be treasure indeed for the writer.

What an opportunity. To observe what happens. To try to predict what will happen next. Character, plot, dialogue, conflict – it’s all there on a plate. Indeed, it could be said that the BB producers have to manage the series just as a writer would a novel. The characters must be eccentric, intriguing or attractive. The opening scenes must be gripping. There must be plenty of rising tension, often resulting in out-and-out conflict, interspersed with a fair bit of comic release. A love interest - or preferably more than one - is necessary, and this too must follow an obstacle-strewn path towards either a passionate resolution or a terrifying burnout. Oh, and a baddie is always a Good Thing (who can forget Nasty Nick Bateman?) Like a Whodunnit, at least one character must bite the dust each week. And the end must be satisfying, as the winner emerges in a shower of fireworks and stumbles ecstatically into Davina’s waiting arms.

One of the greatest flaws of the Big Brother concept is its beginning. Too many characters are introduced too quickly. And they’re too busy creating and maintaining the facades of their ‘personalities’. Little do they realise that it’s these very facades which create an impenetrable barrier between themselves and the readers…er, viewing public. Things only begin to become fascinating as those facades disintegrate and fall away, revealing truer drives and motivations. These people must be seen to be fighting for their lives. To stay in the house, they must form alliances. To stay in the house, they must be individual. To stay in the house, they must be endearing. Yet it’s likely that they will, in time, forget the cameras and revert to acting out the patterns they experienced in their own families as children.

And the similarity to the challenges of novel-writing doesn't end here. There’s always the danger of the viewers losing interest half way through. A doughy middle is death to a tv series, as it is to a novel (or, indeed, a novelist). When the housemates are reduced to sitting around the pool with slices of pizza and talking about the weather, it’s time for the producers to wake them up and notch up the tension.

And of course, the last chapter must be gripping. Who can forget Nikki and Pete’s final reconciliation, or Nadia’s tearful exit? The very best series leave the viewers longing for more – preferably a sequel. Knowing that this is the last brings a missing-you-already nostalgia to the story that’s about to unfold.

MARCUS BENTLEY VOICE-OVER:
Eight-fifty-nine pm.
Susie is in the kitchen in front of the telly with a large bar of Green & Black.
Susie’s novel is alone in the study…

That’s why, in spite of all the invective, raised eyebrows and contempt, Big Brother, I’ll be Watching You tonight.
Posted by Susie Nott-Bower at 06:00

Tastes differ. For me the tv is the worst tool a writer can have in their box. The worst poems are the ones that give an impression of nature seen on the box, not in the field. BB had the virtue for me of not having a drumming soundtrack so I did watch it a little but when my only surviving favourite, Garden's World, joined in and put a drumming sound track on I put my hammer through the screen and have led a liberated life ever since; it was my best performance since making my first holy communion and I'll never regret it. Can a writer prefer Jade Goodie to Anna Karenina? humph!

I recall the very first Big Brother.
My children were tiny and not sleeping well and my other half was working every hour God sends, so one night I ended up watching it at three in the morning or something. And I was fascinated.

It wasn't at all tricksy - no games or what-have-you, just unadulterated psychological experiment. The residents had no idea how big it was so there was no posturing. It was just a group of young people doing nothing.
Genius.
HB x

I've been an unashamed fan since the very first series and love the way the same things play out every year. There'll be a character you can't stand at the beginning that you like by the end and vice versa, someone will 'fall in love' someone will become disillusioned and want to leave, some will talk of leaving but don't really want to, someone will lose the plot, there'll be tears and tantrums along the way and the nice guy always wins!

I lost interest last year (I preferred the celebrity version), but will tune in for the final series.

Excellent post, Susie :) As a journalist, I view it with contempt. But I feel sorry for the people who feel they have to exhibit themselves in front of the nation. And if you look closely at this year's line-up, there's a guy who previously appeared in that Ibiza Uncovered or Tenerife Uncovered programme (one of those chavy shows). Can't remember which one, but his mugshot is in Davina's gallery.

The first series was a novelty because as Helen says, nothing happened.

Have to confess I no longer watch - think I watched series one and two but after that completely lost interest in the concept.But this post really had me thinking about the similarities you point out between BB and novel writing - loved it!

Great post Susie. I watched BB for many series, right up until about three years ago...then it just seemed like a big, pointless drain on my time. I'll probably check out who's going in tonight though...

I can't stand it. It's empty and soulless and if I wanted to listen/watch people bickering I'd probably join the nearest queue - there's opinions a-plenty in any Queue. At the start of all the BB nonsense I remember tuning in and watching a chicken peck some dust for 20 minutes before I realised what was happening to me... lucky escape. And don't get me started on Davina.... sorry - I know this wasn't the point of the post, it just got me ranting!

Tee hee! All I need to repeat is, Marmite. :)
Susiex

'A doughy middle is death to a tv series, as it is to a novel (or, indeed, a novelist).'

Tar bite - the throwing up spread.

I like your take on BB, Susie, but I think I'll pass. The problem for me is that all the little darlings have passed an audition and meet the director's criteria. Or is it the producer? Anyway, in that sense they are constructs as characters - to extend the metaphor - and the cast hasn't developed organically in line with the plot. Like novel characters, some are naturals, some too self aware and some just don't fit at all.

That said, I used to enjoy Judge Judy and I have been known to peek at Jeremy Kyle when Anne is out of the room. Human dramas - we luv 'em!

See, I feel about Jeremy Kyle what you feel about BB!
I must say, this year's crop look quite interesting. And (dare I say it) intelligent in some cases.
Susiex

Well, I confess to never having watched BB but still love the analogy. Great!
AliB

Excellent post, Susie. I was just defending BB to a former TV producer last night, who was telling me BB had brought about the demise of quality TV.
I was riveted by the first few series, but only once things had settled. You've put your finger on it when you say that early on it's difficult to find a way in because too many people are introduced at once and they're not being themselves.
Later, though, once they are at home, the fun really starts. Remove one person and the entire dynamic changes. Quiet, reserved Anna from series 1 comes out of her shell. Add a new one and the rivalries simmer and boil over - Josh in series 2.
Although the series got tired and gimmicky, and probably long outstayed its welcome, it was fascinating from the perspective of character dynamics and interaction.

Thanks for your comments, everyone. Glad there are a few BB fans about!
Susiex