It just takes one 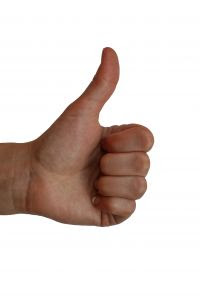 I’ve been thinking about the extraordinarily random luck involved in getting published. I subbed my children’s novel to a good many agents and had a strong strike rate, with seven agents calling in the full thing. But each heart-breaking, heart-stopping time, the ultimate answer was no.


The reasons varied, but very often I would hear the words ‘just such a difficult market’ and ‘just so hard to convince editors these days.’ I decided my book was simply too ‘quiet’ to make its way in these difficult times and set about writing something in-yer-face and full-on High Concept with sci-fi bells and whistles. But before I did that, I sent my book to one of the few publishers who take direct submissions, the independent children’s publisher Piccadilly Press. And then forgot about it. Well, sort of. I never really believed anything would come of it anyway and had mentally moved on.

But, incredibly, something has come of it.

First, there was an email asking for the full. Then an email asking if I was willing to make some revisions, and then a few nerve wracking back and forths later, an offer. I’m still not quite able to believe it and think if I talk about it too much [much less blab on the internet....oops] then the whole thing will turn out to have been a dream or a cruel joke.

But I’ve got several very talented friends [you know who you are] whose work is equally deserving but haven’t managed to hop up that last step yet.
I want to say to everyone out there who is feeling down about the bruising, painful business of submitting their work...

IT JUST TAKES ONE.

If you really believe in that novel, have revised it, got a professional opinion, revised it again and believe it is the best it can be, then don’t give up.

Send out another handful of submissions and then get on with the next story while you wait.

Remember, it just takes one.
Posted by Caroline Green at 06:00

That was extraordinarily uplifting...thanks so much. You are right, its just that the hurry up and wait of this industry is truly stupefying.

Congratulations on your offer. *fingers crossed* Hope it works out wonderfully.

I'm cartwheeling round the room, showing my knickers!!!!

You must blog about the process from this point. For one thing, I'm sure everyone will be fascinated - and it will also be a diary that you can keep so you can savour it.
HB x

That is fantastic news, and very uplifting. Thank you for sharing it. I like Helen's suggestion of blogging about the process from here on - if you have the time. Hope it turns out just as, or even better than, you dreamed.

Huge huge congratulations! This is so well-deserved and I can't wait to see your book on the shelves!

Thanks so much everyone! [Helen, I hope it's your good ones you're showing ;) ;)]

I've heard a couple of other positive stories in the last week...I hate to tempt fate but I wonder whether there may be the slightest bit of blue sky starting to appear in this publishing business?
Very best of luck to everyone who is currently in waiting purgatory.

This is wonderful news!!!! So pleased for you.

Wonderful news, and you are so right. It's such a random industry and when you get good feedback but it still ends in a 'No' it's even more disheartening. Looking forward to seeing your novel become a fully fledged book - keep us informed!

If anyone deserves this you do, Caroline. Although the thought of Helen's thong has slightly ruined it for me...;)

So excited for you..

It's good news alright, but for me it has a slightly saddening side to it: it just feels as though the first one deserved publication more. After that you played up to all their whimsies of startledom, and the 'deception' really worked for you.

So this time I'm with all those who think publishers are pants - not knickers.

Fidelity, it was Caroline's first book that's been offered on, not the bells and whistles one!
Huge congrats again, Caroline - you so deserve it.
Susiex

Sorry Fidelity...I don;t really get what you mean here. Yes, Susie's right..it was the first one.

Thanks everyone for your comments :)

Caroline, I haven't followed your story before but I feel so - well, just so *smiley* - reading this news. Thank you for an inspirational story and have a fantastic time seeing your book get into print. Hurrah!

I totally agree with you. BIG congratulations! I bet you're still on cloud 9 :o)

Caroline this is just the sort of thing I need to hear right now. It's such a depressing process isn't it... and I've always tried to hold onto the "It only takes one" adage it's just sometimes it feels so remote. This is fabulous news - definitely Blog about it(in fact start at the very beginning...) - I would love to follow your progress - well done - thrilled for you x

Thanks so much everyone for your lovely comments. Was a bit nervous about posting about this but am really grateful and touched.

Hey Caroline, congratulations! May it spur you - and us - to further successes. What time's the champagne being opened?!

Congratultions! This is such a cheering tale - please keep us all posted on the progess of your book.

Hmph. Good point you made there. I hated been rejected by editors, but it was minaly by online writing magazines, nothing else.

Even still I HATED being rejected. Thanks for the upbeat message by the way!

Do you think, Caroline, that other than "it just takes one" message, that the other message that could be drawn from this is that if you really have a feeling for a particular work and your own style that you should (sometimes) have the confidence to stick with that and go for it totally.

I read so much about how everyone is supposed to be studying market trends and catching the zeitgeist and thinking very cynically. Perhaps it's just the romantic in me and I'm sure there are those that chase the zeitgeist and have success with that but I think that (sometimes) we need to have faith in what we are doing and why and that standing by your own work can (sometimes) make it better (because we really work at it to make it good) - rather than trying to chase a market and writing something we're less good at.

As I say, this is probably me being romantic. Perhaps the cynical approach gets people published easier/quicker I really don't know. But it seems to me that this is doubly good news. :)

I have to disagree, Rosy, having just more or less given up on my Ancient Egyptian chick lit, after months of people in the biz (agent, editor) telling me that they like my writing and the idea but it's just too risky in the current environment.

I don't regret writing the book,and i'm not saying write soley for the market, but if you want to get published in the current economic climate(and i'm not saying all writers do), i think it is naive to just write for yourself.

I think I should have explained a bit more fully in the post that I wasn't writing the high concept one in a really cynical way. I love that sort of YA fiction and really wanted to have a go. Once I'm finished the edits on this one I plan to plough right back into it again. All the books that have excited me in this market in the last 6 months have been of that type, so I do have a strong desire to write that kind of fiction. Just thought I'd be clear about that.
Thanks again for all your comments.

Thanks for sharing that with us.
Does it feel like you're living the dream?

Keith - think I'm still frightened to celebrate to be honest. Maybe I won't truly believe it until I see a book in my hands...