Characters in Fiction: Where do they come from? Guest blog by US author Susan Tepper + Prize Giveaway 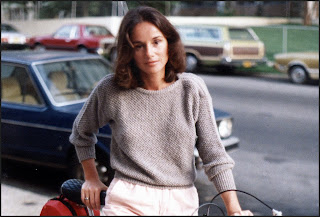 Characters can come from anywhere. They can be earthlings or moon people, half-man half-beast, they can be folks the writer knows well, or slightly, or perhaps someone glimpsed briefly on a crowded subway platform never to be seen again.

Characters can also come out of pure imagination, as a compilation of people and events that create a fire in the writer’s mind, something that can’t be put out with a hose or by beating it down with a rug. It can be a seed that irritates the writer’s brain, a type of fantasy, much like the fantasy of sand that irritates the oyster to form a pearl. Then over time this seed (pearl) connects to an egg that makes an embryo into a fully formed character. A birth!

But in keeping with nature, a moment, please remember that all parents do not love all their offspring. Some may be fabulous children while others are mean, miserable and generally bothersome brats. For me, as well as many other writers, it’s the bothersome ones that come begging to be born. They want to play with us on the page, inhabit our dreams, become alive, immortal — that dark seamy side of humanity brought into the light by means of a story or book. Most memorable characters in great literature are quirky at the very least, and evil, corrupt, narcissistic monsters at their worst. They act out all the stuff that’s repressed by civilized society. Which makes them such fun to write! Nabokov gave us creepy Humbert Humbert in his novel “Lolita.” Philip Roth created the sex-crazed Portnoy in “Portnoy’s Complaint.” For Salinger, it was a young, quirky Holden Caulfield who captured our hearts and minds in “The Catcher in the Rye.”

Of course lots of women authors have written incredibly outrageous characters, too, but at the moment these three come to mind. The list of memorable literary characters is long. And that is due to the courage of writers who let down their hair, don’t give a damn, let these characters out of the box, allow them to run wild and free on the page, so that readers may experience new and provocative realities. The life of the mind — not to be taken lightly. So, I say to all you writers out there — make characters that cry out to you, be true to your vision, and don’t worry about what others may be doing. Courage! (now say it the French way).

Susan Tepper is the author of the fiction collection Deer & Other Stories (Wilderness House Press, 2009) and the poetry chapbook Blue Edge. Over 100 of her stories and poems have been published in journals and anthologies worldwide. Susan has received five nominations for the Pushcart Prize. She is Assistant Editor of Istanbul Literary Review and hosts the reading series FIZZ at KGB Bar in NYC.

* We have one SIGNED copy of Susan's "Deer and Other Stories" (Wilderness House Press) to give away. Simply leave a comment below by Friday, February 26 and we will pick one winner. The winner will be announced on Sunday, so tune in then to Strictly Writing.

www.susantepper.com
Posted by Gillian McDade at 06:00

I too am trying to rack my small brain for these gorgeous anti-heroes... Ooooh the Vampire Lestat! He was a sexy bad un - much more interesting than oh wossisname I can't even remember - the angsty one!

Thank you so much! You've brightened my very dull and grey morning.

Thanks for the really interesting post, Susan. The mention of the wonderful Holden Caulfield has taken me back to my student days!

Many congrats on your success so far.

Great post! AS old Kitty says you've brightened up a dull UK morning.
I love that internal debate when a character is determined to be heard. I hear conversations they have in my head, their mannerisms apparent as they speak. Currently I have a really awful mother character determined to be heard - but I'm trying to ignore her. I dont like her AT ALL. DOnt want her in the new novel so may have to find a short story for her.
AS I'm typing, she's yelling 'NOooooooooo!'
Gosh, its so nice to be able to write all this down in a safe forum! Imagine telling your non writer friends all of the above. They'd be fitting me out for a straight jacket...

Thanks for a great post, Susan - it's a reminder about passion for me. And eccentricity. I love eccentric characters.
Susiex

thank you - very useful post as I am trying to flesh out my characters. Ikeep trying to be understanding and portry them it a good light but maybe it's time to let them appear 'warts and all.'

Wonderful post, thank you Susan. I love the image of characters as grains of sand that become pearls..

Good thoughts, Susan. My characters have come from anywhere, expected places like family thinly disguised (Sorry about that moustache, Mom.)and others, which I tend to prefer, rising from the murk and muck of the unconscious, draped with the tendrils and menace of their origins, like Swamp-thing in the old Marvel Comic: now THERE was a character.

thank you susan tepper for your insightful and thoughful comments about where characters come from.

my characters come from long and arduous study on or about a particular person, for instance, my writing about 'emily dickinson', my latest chapbook, (propaganda press) i researched her personal life as well as reading her poems. in studying her biographies, i came upon a minimal understanding of her character and transposed that understanding into poetic form.

presently, i'm working on getting to know the great painter titian and will again attempt to characterize his long productive life. i'm using historical figures to glean some small morsel i can learn and apply to my own need to create and imagine those characters in their original settings.

it is truly wonderful to read your work and know that we are a part of the creative life. again thank you for the opportunity to express myself concerning your post.

Great post! The characters that are allowed to run wild and free are definitely the best.

Characters can't make sense without context. Your strange coworker can become perfectly sensible when you see her at home or away from the office. Similarly, the most level-headed person you know probably harbors all kinds of peculiarities or wonderful dreams that you might never know about out of context for them. It's not always the most obvious characters (and caricatures) that are the most complex or most interesting, or even the most fun to write. Good characters, credibly done, are a joy.

Every good book I've read has always been one in which character was the strongest element present in the work.

The only exception would be my favorite book, COMING THROUGH SLAUGHTER, by Michael Ondaatje. I don't know how he really pulled that off.

Thanks Susan, and congratulations! That's a very interesting post. I think the most unforgettable characters for me in books I've read recently are the main characters in "The History of Love" (Nicole Krauss). I absolutely adore Alma Mereminski (she has real "soul")

Great post Susan. Developing the characters is my favourite part of novel-writing, but I do find that the only way I can breathe life into them in the first instance is to base them on someone I know. So an old friend, say, or a teacher (NOT family, if I can help it) will provide the skeleton, and the flesh appears by magic when I drop them into the story.

Wonderful article. Thanks for this.

What a great post Susan! Thanks! I agree characters should be let loose to run free on the page. I personally like the unexpected and edgy work.
Your stories definitely do this. I admire your work and think your stories are brilliant!
thanks again for this.
Gloria

Couldn't have said it better!

Art imitating life! It's the interesting ones that we want to stick around.

I'm simply thrilled by all your comments received so far today. This is a terrific site with so much that is valuable to the writer. I visit here often, and hope you will make this a regular stop too!

Susan is the rare gift to the writing world and the world world...

A very compelling notion, Susan: "For me, as well as many other writers, it’s the bothersome ones that come begging to be born. They want to play with us on the page, inhabit our dreams, become alive, immortal —" That's so true. They're usually the strongest.

thanks for this, Susan.

this also made me think of the advice: "Have the courage to trust your own mind."

and here's Courage in german: "Mut".

I love it when I write a character who turns out to be someone other than what I'd intended. Then I know they've come to life!

I am new to the blog. I just recently joined the WW site and from there to here. This was a really interesting post. I've been going through some of the previous posts on here as well, great site. I'm glad i came across it.

Susan, I am that difficult character herself who appears in different guises, who disguises herself in fiction, who tells all, who boasts, who boats, who confides, who guesses, who forgets when to write out Arabic numerals: eighteen.

I so much enjoyed your comments, many thanks to everyone who participated. Can't wait to hear who wins!