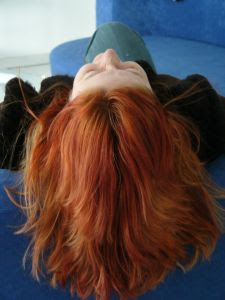 Earlier this week, I was doing an interview to promote my third book, Dishonour - this feels strange in itself because I completed that book this time last year and edited it before the end of July. I'm now in the zone with my WIP and Dishonour feels like a lifetime ago.
Weirder still, though lovely of course, are the emails I've been receiving from Germany where my first book was recently published.
Dear Ms Black (very formal the europeans), please excuse my poor English (cue several paragraphs of perfect English), but I would like to congratulate you on Schweigepflicht (which is, ever more confusingly, a translation of the origianl title of book one and not a translation of the title it was published under in the UK)...
Sometimes I feel like a juggler.
Anyhow, back to the interview. One of the first questions was how I had managed to create a memorable character like Lilly Valentine. Now I've learned that in these situations a full explanation is NOT desired...a twenty minute muse on character arcs and their place in story structure will bore the pants off your average, normal person. So I gave the punchier version that I've honed. Lilly is a woman I conjured up as someone I would want to know. Someone I would like if I met. Someone who embodies some of the virtues that I admire.
Now, whilst that answer isn't false, I'm the first to admit that there's much more to it than that. A wonderful main character is at the heart of any great story. Think Poirot, think Inspector Morse. Or what about Harry Potter. For me, these MCs are almost alive, the story in which they are set, scondary.
Indeed, however ingenius or strong a plot line, it will always fall short without that special character to root for.
But how to create one? How-to books, I'm sure, wax lyrical, as no doubt do teachers on creative writing courses.
I too, have been giving it much thought of late. As I say, I'm deep into book four in my series and am increasingly aware that at the very centre of my books is Lilly V. She is the driving force, what makes readers keep coming back. She is the reason a TV production company has optioned my books, not my groovy sub-plots.
More than ever, I feel the pressure to keep her fresh, attractive and exciting.
So what have I discovered?
First, I know a lot about Lilly. Her back story is as familiar to me as my own. The childhood in poverty, the absent Father. I know where she went to law school and how she met her first husband. None of these details may ever come up, but I know them all the same.
Second, I understand Lilly's world inside and out. I used to do the same job as her so I can feel it and smell it.
Third, I know how Lilly will react in a given situation. This won't, however, always be predictable to anyone but me...which leads me to
Four, Lilly is complex. She says one thing and does another. Not because she is some ditzy chick, but because, like so many of us, her subconscious desires fly in the face of comon sense. I place her in situations where difficulties and complications abound but it is her inner conflicts that make her into someone with which a reader can identify.
As always, I don't set myself up as an expert, but I pass this on in the hope that it might help you find your own special someone.
Posted by Helen Black at 06:00

That is an excellent and fascinating post. Creating a stellar character is so important, and yet so hard to pin down, so that you for your insights.

Really useful advice here, thanks Helen. I like the idea of knowing lots of detail about your character that would never appear in the book. I don't think this is something I've thought about enough with my own characters.

Good luck with this one and the WIP!

Sounds pretty expert to me Helen - off to Amazon to find a Lily book! Well done on your well deserved success to date and long may it continue.

Great post Helen, very timely for me as currently wrestling with characters vs story and not being able to pin down either of them! Which came first for you, the character LV or the story?

Ah, I see the earlier comment form our friend in the far east has been deleted. She certainly was a character LOL.

Barjoker - I remember that my first book came to me after years of being asked what I would do if I thought a client was guilty. Would I still rep them.
I thought a book based on that conundrum could work.
I knew I'd need a strong character to pull it off and invented Lilly.
I should say though, that I didn't intend for her to be a series character.
But it was the first thing my agent asked about and he convinced me she had legs. Then when he sold the book it was always on the basis that it would be a series.
I guess you could say, I've fallen into it, really. Story of my life.
HBx

I've used Kate Walker's Characterisation Worksheet as a basic method for character creation. It's invaluable, and really makes you THINK HARD about your characters, and exactly what kind of people they are.

Excellent post. Characters are, as you say, more important than plot to many readers. I'd be interested to know if your in-depth knowledge of Lilly was complete when you started the first book in the series or did her background develop in your mind as you spent more time with her.

Is there a link, Gina, to Kate Walker's Characterisation Worksheet or is it a case of buying the book?

Will certainly go and get a Lily Valentine book, Helen. You've intrigued me.

I'm also intrigued to read about Lily. Enjoyed your post very much, Helen. Thanks.

Very much enjoyed this piece and raises some interesting questions for me. I wonder if we have a choice about what characters we end up writing about. I invented a character I really really liked and who embodied a lot of qualities that I think are important...then I found I was not at all interested in writing about her. It was a massive liberation when I finally realised she was holding me back and axed her entirely and went back to the a cast of characters - all of whom are appaling in some way or another! :) I think there has to be something asked and discovered about a character. I don't know whether identification is the key issue for me as a reder or as a writer. But I think this might be the comic sensibility. It is normal in comedy to observe a bunch of people you would never want to spend a single minute with in real life! And yet you can end up rooting for the strangest and most unattractive characters sometimes. (Take old Basil Fawlty for example) and want them to get their come-uppance at the same time. I am quite interested in this paradox.

I've decided to stop trying to fit in, however, and just go with the flow. I kind of think your characters end up picking you rather than the other way round.

Crumbs, 'scuse all the typos. Obviously can't type or spell at the weekend.