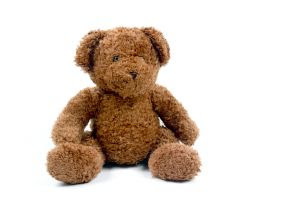 We’re drinking tea and chatting, my sister and I, at the kitchen table. It’s been ages since we’ve seen each other. We’re talking about my six-year-old son, who, earlier, marched us all into his bedroom to watch his ‘Animal Olympics’. The competitors were a series of toys, including a stuffed dog, a dinosaur and a Ninja turtle who were hurled across the room or over a series of obstacles for the glory of their designated countries. [I think the dog - who has the rather prosaic name ‘Doggy’ - was Team GB]. Later, there was a lengthy award ceremony and heaven help anyone who wasn’t giving the proceedings their full attention.
So my sis was marveling at the little chap’s total focus and how absorbed he was in the minutiae of his carefully crafted game.
‘He reminds me of you when you were little,’ she said. ‘You’d play for hours with your dollies. It was like you had a whole world going on in your head that no one else could see…’
I remember this well. I sometimes used to sneakily play with my toys with one eye on the door, long after the time when I was meant to have outgrown them. What does all this have to do with writing, I hear you ask? Well, quite a lot. Because when my sister said it, I realised things haven’t changed all that much. Except now I’m all grown up with children of my own, I no longer play those complicated games with my Barbies and Sindies. I make people up and put them on paper instead.
I bet if I could take a straw poll of all the writers who visit Strictly Writing, the vast majority of you will have played highly imaginative games as children. But maybe all children play this way, and writers are just the ones who never quite grow out of it?
It’s important to remember the playfulness that exists within writing because we all know there are enough hard bits to test us. The rejection letters, writer’s block, RSI and writer’s bum are nothing to smile about. It can sometimes feel as though you’re banging your head against a brick wall, and, sniff, nobody loves you. But when a character starts to take on a life of their own, or you write a scene that makes you giggle out loud, that’s when you’re playing again, just like the child you once were.
So if you’re starting to feel as though this writing business is all about drudgery and pain, try to remember that none of us, even those with the undoubted pressure of a three book deal, has a gun to their head to make them write. Remember how it felt when your imagination could turn a laundry basket into a space rocket, or the end of the garden into a pirate ship and allow yourself to make believe.
Posted by Caroline Green at 06:00

How lovely. And so true!

In my case it was my big brother who enticed me into his world of make-believe. He ruled a kingdom (patch of backgarden) with me as his sidekick and he'd make little figures out of sticks (icelolly sticks/matchsticks/twigs) and we'd have epic battles, royal politicking, romance (my bit!)- a whole saga of intrigue and mayhem- it was great!

Now I'm trying to write stories dreaming of one day having a couple more published, ekeing out a living at the lower scale of faceless employment and he's a well to do solicitor!

This post really resonated with me, Caroline, and as i've mentioned elsewhere before, i think in this era of Nins and Wiis, the danger is that children's play and all the benefits it brings, now come to a premature halt.

Having said that, there have always been new gadgets around, and maybe, like you say, one way or another those children who might later become writers, carry on with their imaginative play behind closed doors.

I think with me it was Pippa dolls and playing at being teacher.

"I bet if I could take a straw poll of all the writers who visit Strictly Writing, the vast majority of you will have played highly imaginative games as children. But maybe all children play this way, and writers are just the ones who never quite grow out of it?"

Yes! You've hit the nail on the head there, Caroline!

Very true! I also watched tv programmes and then carried on making up more stories for the characters in my head - same with some of the books I loved. I guess they call that Fan Fiction today?

Great post, Caroline :) I've had one of those weekends where lots of things go wrong - nothing major, just minor annoyances that would all be manageable on their own, except they all came together.

And you're right, there is a very simple way to escape reality for a little while :)

I don't think gadgets and games will ever truly replace imaginative play, Sam. Hopefully they can exist side by side..

Sorry about your bad weekend, Ellen and Old Kitty, I love the sound of your 'kingdom'!

VV, I can remember writing this kind of fanfic too as a child.

Roger, which is it though? Are we more imainative to begin with, or do we just hang on to it despite getting older? Answers on a postcard please...!

Lovely post, Caroline - and very timely. It's the same with art, I find. I've recently been making collages, which is the most playful way to create - for me, anyway - because each one conjures up its own idiosyncratic world and atmosphere. Right - time for some playful writing.
Susiex

Yes, yes, yes - myself and my friends used to pretend we had a magic faraway tree in the back garden!

However, it made me feel uncomfortable, in the same way as all those conversations that happen when writers get together, about always having wanted to write, and writing stories about the guinea pig when they were six. I never write stories as a kid, and I NEVER played imaginative games. I had no imagination; I was - and still am - frighteningly literal. I played nice, clearly structured board games, with nice, clear rules, written down on the back of the box. I was clearly always going to be a lawyer. Becoming a novelist as well was evidently a complete mistake.

Sorry to buck your trend!

P.S. The only vaguely imaginative thing I did is make complete inventories of all my dolls and teddies. I liked lists. Does that count as writing?

Oh Rosy! Don't feel excluded! I think there are about as many types of writer as there are types of er, some other thing with lots of variety :)

And the proof is in the pudding.. you're a successful, published writer, so clearly doing something right! I definitely think organising your teddies counts anyway.
Interesting that this [as so often, I'm discovering] tallies with art, Susie. Thanks for your comment too, Gillian!

1stkidswholesale said...
This comment has been removed by a blog administrator.
8 February 2010 at 12:44

Urg, some spam there. Getting it removed folks, so don;t be put off commenting!

Ooh, I kinda like the randomness of the spam.

Anyhoo - I was another who lived my childhood in my head. I had a host of 'friends' who I regularly killed off.
A few years ago I relaised that I still made up complicated 'games' and 'scenes' but instead of physically acting them out as I did as a child, I was reciting them to myself.

It wasn't a huge stretch to start writing it down. And ta da. We have a story.
HBx

LOL at the killing them off, Helen!

I used to have a fair bit of violenc and melodrama in my games though, too...

As a child I veered between Enid Blyton type imaginary worlds and being in the bathroom misxing toothpaste and vim to see if it would fizzle.

Which leads me to believe I should be writing about a scientist named Timmy?
x

Make sure you have lashings of ginger beer, Fionnuala..!

Certainly resonates with me, this post, Caroline. I think I took up writing because I preferred imaginary worlds to the real one. I used to play for hours under the wooden maiden my mum used to hang the wet laundry on before the days of tumble dryers. It was another universe!

Also timely to be reminded about the playful side of writing when it's your job too. Tomorrow I am going to set aside some time to "play" with plots and characters and banish any ideas about the necessity of another publication.

Oh yes - I recognise this! As a child I played in our garden by myself for hours on end, lining up toy animals or even balls (?), pretending they were children taking part in various races.God knows why, as I hated sports of any kind. And my own daughters used to play at 'horses', even though two of them were scared of horses and wouldn't ever go near a real one! And I do so agree with you about the 'fun' of writing. We should never lose sight of the original reason we started doing it - otherwise when we're not successful, we'd start to hate it.

I had my dolls far longer than my friends. You are so right, they fed my imagination for my stories.

I still can't resist doll's houses as an adult. Think the appeal is to do with making a miniature world where you control what happens...just like writing.
Thanks for commenting to everyone who stopped by.

Nicely put, Caroline. I think it's lovely to celebrate this aspect of our lives. I never felt, and still don't, that I was any more imaginative than the next person but I think your line about writers not giving up that aspect of our childhood up makes more sense to me. Thought sometimes I wonder if I live too much inside my head. Mostly I'm glad of the refuge though.

And I love dolls' houses too! I don't think it's a coincidence that I've taken to writing next to my daughter's dolls' house.

I love the image of you curled up writing next to the doll's house, Luisa!
And Emily, know what you mean about perhaps spending TOO much time inside my own head...