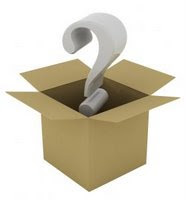 Josa Young is a writer, editor and internet content consultant whose first novel, One Apple Tasted, is published on 7 August by E & T Books. Described by Julie Myerson as "Funny, warm and irresistably readable," One Apple Tasted follows the story of a Cambridge graduate catapulted into the glamorous world of a fashion magazine in 1980s London. For more info, visit www.oneappletasted.co.uk

E & T Books have kindly sent us TWO copies of One Apple Tasted to give away. To enter the draw, all you have to do is leave a comment on this post. The winners will be announced on Sunday 9 August. (As always, Strictly Writers are not eligible, sorry!)
Which 3 writers, alive or dead, would you invite to dinner?
Anthony Trollope (because he really loved and wasn't alarmed by strong, independent women); Scott Fitzgerald before he became a hopeless drunk (because he was so good at having a good time) and Barbara Comyns (because she was devoid of self pity, and so unexpected and original in every way and would have livened things up no end).

My advice to an aspiring author of Women's Fiction would be...
Write with passion and don't flinch at the reality of our physical and emotional selves (as you understand them). And avoid mush and cliche and safe linear plots. Take a few risks with your characters and write about what you love. And read and read and read... sounds obvious but a surprising number of aspiring writers don't see the need.

Amazon or bookshop?
Both, in fact anywhere that has books in it online or in the real world, acts on me like a magnet on iron filings.

Win Booker Prize or land Hollywood film deal?
Hollywood film deal (as long as I was allowed a lot of control over the script, casting and locations). I have been casting in my head for years, and my latest choice for Guy is Tom Huddlestone

You really must read...
Our Spoons Came from Woolworths, by Barbara Comyns (Virago). One of my favourite books.

If i wasn't a writer I would be ...
An archaeologist.

The best thing about being published is...
Having other people agree with you that your book is entertaining.

Email or phone?
Email every time. I like to talk with my fingers - I love instant messaging.

The worst thing about writing is...
Rejection letters that subjectively state that what you have written is unbelievable; or that there is 'too much detail'.

I dealt with rejection by...
Getting writers' block for years without even realising that that is what had happened to me until after One Apple Tasted was accepted for publication by Elliott & Thompson.

My journey to publication was...

Long and rather lonely and strewn with thorns, high walls with spikes on top, deep rivers, burning deserts, ominous storm clouds pregnant with hail ... but then the sun came out and I had a ball with meetings that went smoothly, input into cover design, an excellent editor who pointed out some regrettable lapses in logic and time management, culminating in reaching No 10 in Amazon's Hot Future Releases before publication and a lovely launch party. Now I await with bated breath One Apple Tasted actually being published at last on 7 August 2009
(http://www.oneappletasted.co.uk/)

Thanks, Josa, and congratulations on the launch!

(Photo of Josa Young by Christian Cuninghame)
Posted by Caroline Rance at 06:00

(Apologies - my above post and correction read ridiculously as i'm having problems with my keyboard...)

Great Answers, Josa - although i'm not sure the SWers can fully embrace you if your writing snack doesn't involve chocolate!

Hmm, funny how we all cast our stories, even before some of us have got book deals! I also used to pre-plan my answers to questions Richard and Judy would ask me:)

Congratulations of getting close to the 'book on the bookshelf' moment we all aspire, Josa. I love your description of the path to publication - perhaps we savour the success all the more because of it?

Well done on the publication. And thanks for reminding us all that perseverance is so vital - I loved the descriptions of your journey.

Lovely post, Josa! I am off to AMazon to put the Barbara Comyns book on my wish-list!

Thanks, Josa. It's great to hear from other writers that the path to publication isn't all lined with scented rose gardens and sunshine! It gives hope to the rest of us to hear it like it was - warts and all.

Congratulations on the book.

Josa, I have to read this...it sounds just too spookily like my own life in the early eighties!

Lovely answers, Josa - thank you. I ate some seedless grapes today as well, but in addition to the chocolate, not in preference to.

it's always inspiring to read of a writing success story - well done, Josa - am off to Amazon to order it now - and ditto the freezing size fours - bedsocks all year round - I can't wite with cold feet either.

Great answers, Josa. Do computer glasses do anything different to ordinary glasses then?:)

The book sounds great..darn these rules about Strictly writers being disqualified from winning!

Hello all you nice people. Josa here. First I have to say sorry about the chocolate. I packed Harrods chocolates for a living aged 18, and have never really been keen since. Then, computer glasses: I had a tantrum in the optician about the necessity of these - but they have transformed my screen experience. Thanks for visiting my post.

Great post Josa and will definitley buy that book. My daughter who's not the world's greatest reader may even read it too as she's a fashion graduate. I loved the description of your road to publication - sounds terrifyingly familiar though I look forward to the last bit!

Thank you all so much for visiting and commenting. I have had very positive feedback from a wide range of ages, and both sexes - from a retired vicar in his sixties to a 20 year old friend of my daughter's. And people are missing bus and tube stops, which is always a good sign. Happy to answer anyone else's questions. Josa x

Great post, and the novel sounds brilliant, I will look forward to reading it.

This was a fun interview to read.

Good luck with the book launch...

There is no royal road to learning.