Christmas Comes But Twice A Year 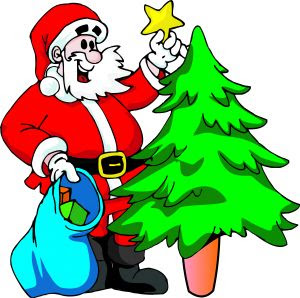 Ladies – and the odd gent if it applies - ‘tis the season to exchange your shorts for thermals, your courgettes for Brussels sprouts and your Pimm's for a nice warming glass of port.

Yes, Christmas is just around the corner – so if writing stories for the women’s mags is your hobby, profession or aspiration, then you need to eschew thoughts of sea, sand and Sangria and start thinking tinsel, toasting chestnuts and trees – the Norwegian pine variety. (Sorry, my alliterative outburst failed me at the last moment.)

I know it doesn’t seem as if we’ve even had a summer yet – unless you count Wimbledon fortnight, which, frankly, went too far the other way temperature-wise; I was wrung out after that men’s final and that was just from watching.

But magazines run on a different schedule to the one mere mortals live their lives by, and if you want to be at the front of the pack, then you should already be getting your head round the challenge of the 12-day turkey marathon.

Over the years I’ve written so many Christmas stories that each time another one rolls round I wonder if it’s possible to squeeze any more out. Just the word Christmas screams cliché. And magazines hate clichéd stories. Have you ever had one of those nice letters or emails from the very charming Clare Cooper at Woman’s Weekly? The one that goes: “Nicely written but I’m afraid this is a well-worn theme with us.”? If you have, you’ll know what I mean. You can almost hear her sighing, can't you?

The danger is making the mistake of assuming you can palm any old rubbish off on the mags at Christmas as long as it has a happy ending with a few tears along the way and in the last sentence it starts snowing. Surely, after a few sherries, a mince pie and a Christmas bonus, they’ll drop their guard and let your mediocre story in because they’ll be overflowing with Christmas spirit and, anyway, at leas you've got the theme right?

No, I don’t think so. In fact, I’d go so far as to say that the opposite is true. Writing a Christmas story is the ultimate challenge. It has to be different enough to stand out yet still in the spirit of the magazine you’re writing for. So no axe-murdering Father Christmases or motorway pile-ups, please.

Some of my best Christmas stories - those rare ones where you just sit down and write them in one or two sittings – have been inspired by modern day dilemmas of the sort you might read about in The Guardian’s Weekend, for instance. Someone wrote about how they hated those Round Robins some people send at the end of every year, where they boast about how marvellous their children are in a mock-disparaging way and boast about their wonderful lives - the implication being that yours is crap. That inspired a round robin story of my own, written by a much less confident mum.

Then there was the article about the extended family and how the hell you share out Christmas between all of them, which inspired the triangular tale of a woman, her new lover and his daughter. I’ve done a story about Secret Santa and one about a modern day guardian angel who needed looking after himself. I’ve done lonely Christmases and convivial ones and several others beside.

And now I’ve got to do it all again. I’ve got two in mind, very sketchy, so far but I hope, a bit zeit-geisty. I’d love to share, but, well, if I did then I'd have to tie you up in tinsel and shove you in the cupboard under the stairs until January 1st.

Anyway, off to stick my head in the freezer and to light a pine candle for a bit of inspiration – not at the same time obviously. Good luck with your own Christmas stories, everyone.


This month, Geraldine has a story in Woman’s Weekly Fiction Special; Part Three of her serial “Curtain Up” in Woman’s Weekly and a love story in Fiction Feast. She's also had a story accepted by Bridge House Publishing. For their Christmas anthology! It’s a good month!
Posted by Geraldine Ryan at 06:00

Must be such a challenge trying to think of something new and interesting, Geri. I hoenstly don't know how you d it! And well done on those recent successes.

Geri, you are doing so well and your mind must be in a constant whirl!

I used to design greetings cards and totally sympathise - August was always robins, fir trees and snow! Can I suggest a Christmas compilations cd...

Geri, you make me dizzy! I would love to begin to think I could tackle the short story genre but something says why bother when you do it so well!

Well done Geraldine! I wrote a few Christmas stories last year in preparation for this year so I'm just about to start editing and polishing them now, ready to send out.

It's so difficult to think of a theme that isn't so well worn that it's got holes in it isn't it! Or so cliched and sickly sweet that it puts the editor off their mince pie!

I'm going to give it a bash anyway. It's my first attempt at sending in Christmas stories so I don't expect miracles, but you never know - The magic of Christmas and all that!

Sarah, you definitely get what I'm saying then!

Fionnuala (got it right today!!) you are far too generous! I got a story rejected today - serves me right for being so cocky!

Julie, you are well ahead of the pack, then! Good luck with them. Where will you sub to?

Thanks for reminding us all that we need to get our Christmas thinking hats on, Geraldine! I haven't attempted the Christmas story market yet since 'coming back' to short stories again last year when I gave up work - but did have some successes a few years back. Well done for thinking up original new ideas - so hard to do, as you say. I love the 'round robin' idea!

Goodness, it's like fashion, then. You must feel like the model on the beach in mid-winter trying to cover up her goose-bumps and pretending she's languishing under the hot August sun.
Fascinating insight into magazine short-story writing - thanks.

Thanks for your post, Geraldine. Have sent mine off - there is one where it starts to snow, almost in the final scene I'm afraid, and a couple of more offbeat ones. It would make my Christmas to have a Christmas story published. Speaking as a reader, by the way, I like a nice traditional Christmassy setting preferably with a ghost.

I must say it's very tempting to stick a few flakes in, isn't it? Just started mine today, but not got very far!

Here's a thought - rather than toss any rejections you have (and it happens) why not bind them into tiny books and give them as Christmas presents?
It can be daunting to show your unpublished work to family and friends, but it's also a great way to show them that you do have a good reason for wanting to be left alone to work.
This just occurred to me while I was reading through your posts. So now, not only have I got a clear image in my mind of my readers, I've also got most of my presents covered for this year = more writing time!

Not sure I'd want to advertise my rejections, Nerida!

Great post Geri! I only ever managed to sell one Christmas story (last year) and that was based on a true story of a Christmas Day skiing proposal by my work colleague. Must get him to do something else I can write about thsi Christmas, conceive a baby or something...

lol, womagwriter! I remember you blogging about that story and how touched he was when you gave it to him. Maybe they'll have a big Christmas row this year - it does happen!!!

As if to prove you right, a robin came and perched on my window ledge as I read your post.

Geri, I loved your list of inspirations for Christmas story ideas - they immediately made me want to read the stories.

And Christmas shop opens in Selfridges this week to tap the tourist market apparently...

Thanks Susannah! Robins are around all year though, aren't they? They're an inspiration and whenever I see one I feel all warm and cosy inside.

You're right that it's hard to think up a Christmas story that hasn't been done before (actually that's not easy any time of the year!)