Don't You Wish You Had Written That? 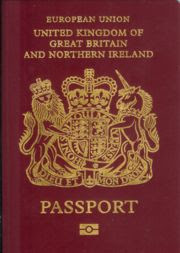 Standing at the Post Office counter, watching the Big Brown Envelope wave goodbye, I often wonder what goes through the agent's (or reader's mind) when he or she opens my submission – do they think it's a big pile of George Dubya Bush, or might it cross their mind that it's the best thing invented since the telly?
Picture this:

'Hello, is that Doris Lessing?'
'Yes,' I say to the agent.
'I've had a chance to read your first three chapters and I must say I am very impressed,' adds the agent.
'Thank you,' I say, pre-empting the next request.
'Can you send me the full MS?'
'Certainly,' I say. 'I'll get that off to you today.'
'Thanks, Doris.'
We hang up.

I'm sure there have been many times when we wish we had been born 'Mr J.M. Coetzee' or 'Mrs Toni Morrison' (wouldn't that look cool on a passport?) but let's ponder, with envy, some of those classics which have graced our bookshelves. Here are some books I wish I'd penned, and in that respect, long to be the brains behind those amazing first three chapters.

Darkmans by Nicola Barker
I only recently read this Man Booker shortlisted novel but I was really swept up in the story. Set in Ashford, Kent, it's an examination of the way history plays jokes on us, incorporating comedy, art and displacement. It's incredibly original and unlike any book I've read before. Do persevere with it – it's worth it.

The Secret History by Donna Tartt
This is the first novel by the Mississippi writer and it tells the story of a closely knit group of classics students at an elite Vermont college. In the opening chapter, the reader is told of the death of student 'Bunny' Corcoran, although few details are given initially. Unusually, the story explores the lasting effects of his murder on the group of students.

If This Is A Man by Primo Levi
This is a work of witness and a fascinating personal narrative by Italian author Primo Levi. It was influenced by his experiences in the concentration camp at Auschwitz during the Second World War. This is not a self-dramatising piece; instead it gives an insight into his strength of character and opens readers' eyes to the horror of the unimaginable.

Never Let Me Go by Kazuo Ishiguro
Another Booker prize shortlisted novel, it is set in a dystopian Britain and follows the life of Kathy H, a young woman who is boarding at a rather unusual school. Here, human beings are cloned to provide organs for transplant purposes, and Kathy and her classmates have been created specifically to be donors. Again, a novel of startling originality.

Invisible Man by Ralph Ellison
This story is narrated in the first person by the protagonist, an unnamed African American man who considers himself socially invisible, inspired by Ellison's own life. The story is told from the narrator's present, looking back into his past.

Pop Co by Scarlett Thomas
Smart and funny, almost zeitgeisty, the story follows Alice Butler, an employee in a global toy company which creates kits for children who enjoy code-breaking and espionage. Alice becomes aware of her employers' ghastly ethics while confined at a camp on Dartmoor. She is under orders to develop a great product for teenage girls - go on that journey with her!

The House at Midnight by Lucie Whitehouse
This is on my list because it's the book that any new author wishes he or she had written. With prior knowledge that Lucie is a literary agent, I nevertheless put aside this fact to concentrate on the story, and enjoyable and well-written it is too. But I couldn't simply ignore the fact this is written by an agent who knows how to construct a plot while keeping the reader engaged.

What would it feel like if you were the brains behind one of these books? These are a few I've picked myself, but I'm sure you have many personal faves which you wish you'd written. But don't be disheartened, you, yes you, could be The Next Big Thing.
Posted by Gillian McDade at 06:00

That feeling is so familiar: starting to read something that doesn't just absorb but gets inside your bones. It's a book you'd write if only you had the ability.

Mine are Disgrace, Oscar and Lucinda, Poisonwood Bible, Snow Falling on Cedars, Flights of Love by Bernhard Schlink, In the Devil's Territory by Kyle Minor, Notes on a Scandal, Notes on an Exhibition. Interestingly, these are not all necessarily books I'd classify as all time greats (though several of them are) but books that feel like one's own more brilliant and beautiful cousin - there is a connection somewhere in voice or style or content or impetus.

And if I'd written The Great Gatsby i'd not want to write anything else (except maybe his short story Babylon Revisited) because what would be the point? It's perfect.

But it's almost unbearable to think of books like that in the middle of a draft. The chasm gives me vertigo!

Oh yes, I love Disgrace too Susannah - simple but beautiful! I've been meaning to read The Poisonwood Bible, so that'll be next on my list.

Great post. I guess it's about a book that lives with you, long after you've finished - the story, the construction, the sheer originality. I couldn't stop thinking about Never Let me Go - and even now the final scene comes back to me quite often, and yet while reading the emotion is so pared down and understated.

I have Ishiguro's book of short stories (Nocturnes) next to my bed right now - thanks for reminding Gillian. I might start that tonight.

Oh, gosh. In the Devil's Territory, Susannah. My fave!

Who are you London Lady Anonymous? It would be very good indeed to meet another Kyle Minor fan. I yack on about his work but no one ever buys it. If they did, and read it...

Gillian and Sarah you've sold me on Never Let Me Go. Think I'll read that next.

Oh and should have added The Child In Time by McEwan. Not a fan of his work generally but that book contains some of the best prose ever written.

I certainly wish I'd written PopCo - loved that book :-)