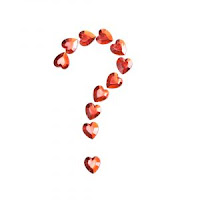 Today, for the first time, I hadn’t a clue what to write about when it came to this post. I’ve spent the last few weeks huddled in my garret editing book two, pretending I know what I’m doing. Result? I’m stuck in such a rigid ‘surgical’ mode where I wasn’t sure I could write anything freely. I sat down, completely clueless, idea-less, doodled away….Interestingly the doodles were puddles, hearts and flowers? Answers on a blog reply please?

So in the absence of divine inspiration, I moved away from the desk, sat on the sofa with a cup of tea, closed my eyes and allowed myself to think of my next book. I allowed the characters to have an informal meet and greet in my head. I allowed myself to allow them to be a big part of the process, maybe take the story where they want to – allowed them to live from the folds of my brain. I found myself transported into a world that five minutes before I’d only ever had rough notes on. I could see where they lived, who liked who and why and where the conflicts may arise. I rolled the title round and round in my head and felt a surge of excitement that’s been missing for months.

My immediate instinct was to find my notebook, write it all down – quick! But I stopped myself, terrified that if I let myself get too carried away with book three, that the final hurdle of book two will suffer. And I’m on page three hundred and sixty one of three hundred and ninety seven pages. Nothing can interfere with that. I put the cup in the dishwasher and sat in front of the laptop, the manuscript for book two staring at me. Waiting.

Then a strange thing happened. Cal and Chrissie started talking in my head. They started talking about something which is important, based on a pivotal crisis in book three. They had a full conversation, Cal and Chrissie. I dived for the notebook, riveted at the scene playing out in my head. I wrote it down, made another cup of tea and found myself grinning stupidly, grateful to Cal and Chrissie for potentially solving a problem I didn’t even know I had! And Cal and Chrissie? Well, they hadn’t even featured in my cast of characters ten minutes earlier on the sofa. They do now and note to self – may have to ‘murder a few darlings’- as Stephen King so succinctly put it, in order to make room for them. They’re important now, Cal and Chrissie - my new best friends for at least the next six months.

I guess this brings me to what I think this post may be about? Aren’t we lucky, we writers? It’s not often we write about the tiny spurts of excitement we feel as a result of what we do. Too often, certainly from my own point of view, I moan about the submission process and how hard it all is. But I love what I do and I’m blessed to be able to do it. I’m not sure I do it well enough for market, but today, that doesn’t matter. Today, I’m still grinning at the joy of meeting two interesting people when I was least expecting it. And I’m grinning because I made them up, made them ‘real’.

Now, back to book two's manuscript for that last surge. There are other characters that need a final massage before I kiss them goodbye like an old lover, knowing I have a new exciting love affair waiting in the wings.
Posted by Fionnuala at 06:00

Wonerful post! I loved how you made a story of this special part of the process. You're right, it's a blessing when it comes like this. Good luck and have fun with those great characters!

Great to hear you are in such inspired and inspiring form, Fionauluiaulaa.

It's strange, that feeling of being pulled away in two directions by competing projects. Great post.

You can't ignore it when that happens...good luck with the edit but keep that notebook to hand!

Good for you, trusting the characters and the process enough to allow something spontaneous to come through. That's where the magic comes from. And what do YOU think the doodles are about - that's what matters!

You want to watch it there, Fionn-alleluia. You'll undermine the reputation of writers as morose, self-pitying gripers....

Seriously, though - very excited for you!

LOL Rosy at the alleluia addition to my already complex name! And self pitying...moi?!
Thanks too for your version of my name Rodders you can practise it next time we have a ww meet?!
Derek, not addressing me as Findoodles then??
Thanks to everyone for commenting.

Oh, I long for that feeling again! Am so glad you've found it - or rather, that it's found you! May Book Three be all you can wish for.

I love your enthusiasm, F! Rod isn't the only with problems over spelling your name. I daren't even try!

Ooh, I loved this post. You've absolutely encapsulated the magic of it all, Fionnuala. I can't wait to meet Cal and Chrissie now..

I know what your doodle means!
It means your book - the one you've finished excidedly editing - is The One. You're madly in love with it and it will love you back - True Love.... aaaahhhhh...
Love the post - so true! I'm a teenager again with the one I'm writing now - it's almost embarrassing to be 16 again!

It's so good and helpful to read that when you got stuck in surgical mode (great phrase - I know exactly what you mean!) you went off and dreamed and pootled two more characters into being. Making plenty of room for the spontaneous stuff...it's essential, but I always need to be reminded of it. Thanks for the nudge.