I’m a huge Twitter fan. I probably spend more time than is healthy scrolling through my newsfeeds – I use it as a source of information and entertainment, as well as a nice way to waste time when I should be doing something more productive. But I’ve also found that it’s an enormously helpful marketing tool (I’ve had several gigs off the back of it, sold some books and made some useful contacts). But many writers are either scared of using Twitter at all, or use it badly. Here are some tips on making the most of your Twitter feed… so get tweeting (and come say hi! – I’m @thriftygal) 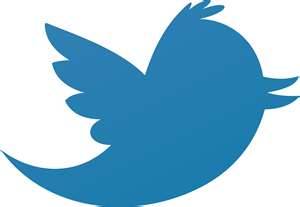 Avoid the hard sell: one of the biggest mistakes writers make is to use their Twitter feed as a stream of self-promotion. Nobody minds you promoting stuff – after all, that’s the purpose behind a lot of feeds, whether they are theatres, brands or artists. But if that’s all you do, it gets boring very quickly. I unfollowed one author recently because all he did was tweet quotes from his own books; I’ve read his books, so what’s the point? People want a person they can connect with – so tweet about what interests you, what you are working on, etc. Create an online persona that reflects who you really are, and people are much more likely to engage with it. (Aim for no more than 20% of your tweets to be ‘plugs’.)


Build relationships: to get the best out of Twitter, use it as a conversation. If someone tweets something you like, tell them! If someone asks a question and you can help, answer it. You’ll be amazed at how quickly you attract like-minded people. While you shouldn’t just think of them as potential customers, obviously this is widening your potential readership. It’s also fun: I have a whole batch of people I interact with regularly, none of whom I know in ‘real’ life, but it makes for some great exchanges.


Support other users: Retweet posts that you think are clever, or funny, or thought-provoking (or where people are asking for help/information); use Follow Friday (#FF) to promote tweeters who you like or who you think your followers would be interested in.


NEVER troll! Remember, your tweets are public and identifiable. Don’t ever tweet anything abusive, and try to be measured if you are stating a negative opinion. Be aware that some people follow thousands of users so won’t see every tweet, so don’t think it’s OK to tweet something then ‘contextualise’ it (eg, tweet something inflammatory/racist/homophobic that you mean ironically, then follow up with something like ‘obviously I’m joking’ – I’ve seen it done! What tends to happen is people will see the first tweet then think, hell, I’m not following this nutter any more…)


Clueless as to how to get started? I’m assuming a basic knowledge of what Twitter is and how to use it, but if you’re completely in the dark, do check out an earlier post I did on Twitter for Business which is aimed at absolute beginners.
Posted by Thrifty Gal at 09:00

Great advice here. I've also unfollowed writers because they send direct messages asking me to promote a review they've had online. It's just plain rude! I think a good rule of thumb is to always remember how you would behave in real life with someone. Being online can seem like a filter over what's acceptable behaviour. If it's rude in real life, then it's going to be rude online too!

I'm fairly new to twitter but there's some useful stuff on there that you can get by following the hashtag things - agent tips and I was following all the going on at the Bologna book fair earlier in the year :-)

Excellent article, and very helpful! I myself am on Twitter, and have done what you have suggested here with success so far. I talk about what's on my blog once a week to my followers, and not much more than that. I want people to come to my blog, but I don't want to turn them off either.

Good advice, Tracey. I wholeheartedly agree with not being nasty or abusive. When a sleb makes a slip-up, it's all over the news.

It sounds like you know what you're doing with Twitter, Tracey, and good advice for those of us who dip in and out of it. I do check out book links sometimes, but only when on a tea break. I might feel differently when I have a novel to market though!

I need to be a bit braver on Twitter and stop feeling like I'm butting in on a party I haven't been invited to!

Nicola Morgan's little book 'Tweet Right' is great for anyone needing ideas on how to approach the whole twitter thing.

Every time you ask someone to promote your book for you, a Twitter fairy dies.

I must admit that it took me a while to get in to Twitter, but now that I am, I'm finding it worryingly addictive!