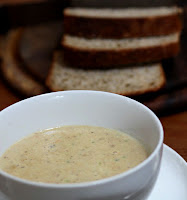 You know that Mr Men book about Mr Messy, where the eponymous hero starts out as a tangle of scribbled threads and ends up smoothed out, calm and looking forward to a new life? Well, that's what needs to happen to my brain.

Lately my mind has become like a dollop of scrambled eggs – soft, mixed up and bland, inexplicably surrounded by a swarm of bees whose stings burst thoughts before they can form. I can hardly speak a sentence or hear what other people are saying through the noise. I flit from one task to another, adding a comma here and there. When I read, the printed words get no further in than my eyeballs, and a few seconds later I have no idea what I’ve read.

I've got the happy pills but I don't think they're what I really need. What will get me sorted out is some space. Space to get some words down without anyone talking over them; without the ever-present threat of someone being about to want something.

So next week I'm going on a retreat. I'm visiting Retreats for You, a wonderful place that I've blogged about before. In the quiet of in , Retreats for You is the family home of journalist Deborah Dooley, who has a talent for looking after people. Her guest rooms are calm uncluttered spaces with perfect white bedding and the peaceful scent of lavender. The abundant home-cooked food is made with such high-quality local ingredients that it forms genuine nourishment rather than essential fuel. This time, I'll also be going with a dear friend I've known since university, so there'll be plenty of chat by the fire (which might even be lit if the weather carries on like this.)

Chances are it will piss it down the entire time – but hey, that's what happened to Mary Shelley at Lake  and she didn't do too badly. Regardless of the weather, I won't be short of things to do. I have a book to start finish to a short deadline, an MA essay, some preliminary work for a really cool collaborative comedy project, and if I get bored with any of those, there's always my second novel.

Building up word count and having the time to concentrate are the obvious reasons for going on a retreat, and they result in a huge sense of achievement. But my main aim for going is to set up my mental health for the longer term. I desperately need sleep and good food so that when I come back, I’ll be healthier and stronger and able to unravel the Mr-Messy-like tangle of thoughts.

A retreat is kind of a selfish thing to do – lots of people say they could never leave their family or justify spending money on it. It counts as 'me time' – that disgraceful phenomenon that used to be called leisure time but now means 'anything a woman does that doesn't directly involve wiping someone's arse.' But as a writer, I'm allowed to be melodramatic, so I can truly state that rather than being some self-indulgent holiday, this retreat could be the key to saving my sanity.

A retreat isn't selfish - it's looking after yourself. I hope it is everything you need it to be.

I hope you feel refreshed after the course, Caro, and that it provides much needed you time. I admire people who go on retreats (to me it seems solitary, but I'm probably wrong!) as my idea of 'healing' is the opposite of most people's - I like to be busy, around others, and occupied.

As a voice therapist, I see countless women, often working wives and mothers, who are frazzled by their busy lives and the pressures those roles bring. What they often need more than therapy to help resolve their voice problems, is down-time, me-time. As Gillian says, it's not necessarily a retreat they need but something for THEMSELVES. Enjoy your time.

From a 'writing as a craft' perspective, a creative retreat is an investment in your writing. More importantly, as Jo and others would say, it's a way of looking after yourself.

I'm guessing that many of us became writers because we wanted to express something deep within us, or to make sense of the world (or recreate it to make different sense). Sod what anyone else thinks. To quote the very talented Kate Rusby's website: I don't take direction from people I haven't even met.

Have a peaceful and fulfilling time!

Oh I'd LOVE to go on a Retreat. Good for you - I think we all need to be with like-minded others who 'get' who we are and what we do and why we do it :)