You earn how much? 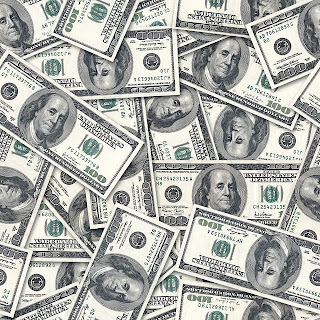 A one-liner from www.thisismoney.co.uk really got my back up recently - Not only did I feel it was hugely misleading, but it seemed to suggest all novelists enjoy a luxurious life of Riley:

"Novels are seemingly the business to be in if you want to join the rich list."

Really? And where do you get your facts from? This article on the top ten highest earning women in the UK seems to suggest that novel writing is more lucrative than being a WAG. A bit of a generlisation, don't you think? Granted JK Rowling is the highest earning femle in the UK, with Barbara Bradford Taylor coming in at number three. Number two was the Queen. So the journalist has probably looked at the top three and decided that all novel writers, from the self-published to the mid-listers, have gold plated teeth and indoor swimming pools.

Under the Barbara Bradford Taylor entry it states: "Her £174m wealth might seem minimal compared to the likes of J K Rowling, however that still means that two of the highest earning women in the UK are novelists – the other is the Queen. Barbara Taylor Bradford made her money from her 25 best-selling novels which have sold more than 82m copies worldwide and have been translated into 40 languages. She hasn't denied the estimates that she earns $24m a year so it's no surprise she's on the list."

And at number ten is Cheryl Tweedy whose book deal is worth a reported £5m. And did she even write a word of it? Not on your Brown Ale!

What stood out was one (male) commentator who said:

"It is lamentable that none of these are scientists or engineers who have made their fortune by manufacturing or software. Women have always, in my experience, the ability and brains to develop much needed new technology. Their ability to advance socially acceptable literature and performing arts is beyond doubt. I wonder what is holding our talented women from developing careers in area of technology? As an aside, the best engineering student in my class was a woman. She was of the highest calibre."

So is novel writing really the business to be in if you want to blow your nose on
a £50 note? No, definitely not. Anyone who earns over £30,000 from novels alone per annum, please drop by.
Posted by Gillian McDade at 06:00

Even when the money from my novels comes in by the truckload, I'm probably not going to get my teeth gold plated.

The pay for novelists is lamentable; that's why I've switched my attention to poetry.

That'll make all the difference, Rod. Drinks on you.

I don't think you could get your pinky fingernail gold plated on a novelist's average earnings, let alone your teeth..

Ah, but the weasel word "seemingly" gives the writer the Get Out of Jail Free card.

It works in all situations. For example, if a British journalist wrote, "Bill Peschel was seen staggering out of a Soho pub and throwing up over a drunk Prince Andrew," that could be libelous.

But if he wrote, "Bill Peschel seemingly was seen staggering out of a Soho pub and throwing up over a seemingly drunk Prince Andrew," he would be safe.

Of course, Prince Andrew would never visit Soho. He prefers getting tanked at Buckingham Palace with his grandmum, who, when not ruling what's left of the British Empire, writes a romance series for Mills & Boon.

I read a statistic somewhere recently that most authors only sell single figures of their book, and a whole load sell none at all, so I regard it as a bonus if I make ANY money from book-writing! Still, I don't suppose that would make for an exciting headline: "Most authors earn zilch".

Great post, and I'm glad I discovered this blog, which I mentioned here:

Great post.
There's a poem by Wendy Cope (I think) that's a response to someone wondering why there's a Poet's Corner in Westminster Abbey but no Engineer's Corner. The poem's quite funny, riffing on the idea that poets do their work for the money and prestige, then slave away in their free time designing bridges and building roads for the pure love of it. Worth a look.