Shout, shout, let it all out

Recently I've been thinking a lot about voice.

In particular, the voice of characters very different
to our own. 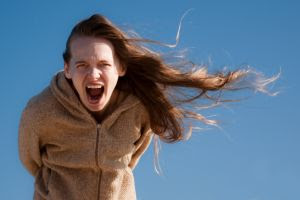 I'll admit from the outset that this is something I do a lot in my own writing. Book one had many scenes from the point of view of a child being groomed by a potential abuser. Book two a trafficked child. Book three had several asian characters. Book four has some african characters and a young person coming to terms with his homosexuality.

And in the WIP, I am absolutely loving the creation of a twelve year old fundemental christian surivalist.

That's why I choose to work this way, of course. Cos I like it.

Inhabiting and bringing forth for the reader, the world of someone other, is, for me, the best part about writing.

Frankly, if I stuck to what I am - a loud northerner with a fat arse, I'd soon get bored. And I think my readers would too.

However, I am aware that there is a debate to be had about tackling other-voices. That it can be seen as patronising. That there is a certain arrogance attached to assuming you are in a position to be able to conjure a different race, religion or sexuality to your own.

Maybe that's right. Certainly there is always an arrogance attached to writing. You make stuff up and you type it. You think it's pretty good so you try to sell it.
However, I'm not sure I accept that there is any more arrogance in my attempts to capture a, say, scottish character, or a black character, then there would be a character from the court of Henry Tudor.
I am afterall, not any of those things.

From the outset, I should say that what I try not to do is offer the definitive experience. I do not say my muslim woman speaks for or is representative of all muslim women.
Her story arc will themeatically follow the rest of the book.

Second, I try very hard to be credible and authentic, without tying myself in knots. I don't simply pepper my character with interesting details from another culture, or throw the odd foreign word into their speech. I do try to do as much research as possible and use that research wisely.
However, I'm most definitely not trying to write a factual piece, so I will, for the sake of my story, deviate if necessary. I absolutely refuse to slavishly follow that research. This is my character and I will shape them.

Last, and most important for me, is what I'm looking for in a character. I'm not introducing them for freshness or a bit of colour to my story. I'm seeking out fundemental truths of what it means to be human. The commonality of our existence. So my twelve year old survivalist may be very different to my son and his mates on some levels, but on others they are one and the same. Burgeoning independence and sexuality, sibling rivalry, boredom. This is what makes my character's world turn. Just like every other twelve year old.

So, although it's a minefield, I'm pretty sure I'll keep writing in other-voices. I'll tread the tightrope for the exhilaration it gives me. If people think me patronising or arrogant, then so be it.

To paraphrase the rather lovely Elizabeth Gilbert. My job is to write and put it out there. Let others be the judge of whether it works or not.
Posted by Helen Black at 06:00

Email ThisBlogThis!Share to TwitterShare to FacebookShare to Pinterest
Labels: characters in fiction, voice

Hi Helen
Really enjoyed this exposition of character and voice - and I'm with you all the way! I remember years ago being wowed by a book in the voice of a woman -just because I felt it was so authentic - and being amazed that the author was a man. Since then I have happily put myself into the minds, as I see it, of teenagers, old people and, yes, of men. Love your comments on the need to balance research with 'making it up'. We need to find that point of contact with the reader in any way we can. That's fiction for you!
AliB

In some ways it doesn't really matter what we think we are putting in or leaving out of our characters. The readers will ascribe their own observations or misperceptions about what it means to be a person of color or different nationality or sexuality or whatever. Once you say that your character sounded a bit like Sean Connery when he spoke, the readers will take it from there and personify the character however they imagine a Scotsman to be, often despite what you tell them the character is like.

This is one reason that I don't see much value in describing the clothing my characters are wearing. Unless it tells something definitive about them (snappy dresser, tacky, poor), their clothes are not important, and the readers will dress them as they imagine them to be.

I couldn't agree more with the writer's right to step into the shoes of any character they like. I couldn't understand the fuss made over The Help by Kathryn Stockett (a great read if you haven't already indulged). In The Help, the white South American writer tells the first-person story of three woman, one a white Southerner, the other two, black southern maids. She captures their voices wonderfully well but was heavily criticised for presuming to be able to do so. A poor literary feast we'll all get to enjoy in a world where only astronauts can write about space, or murderers about murder, or children about children. An excellent post, thanks.