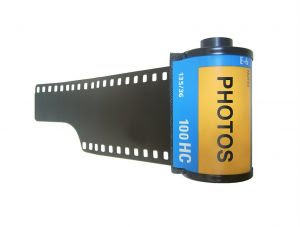 When I was re-drafting my YA novel Dark Ride, I spent a very enjoyable day wandering round a rundown seaside town on the south coast. It turned out to be freakily similar to the fictional one in my book, despite the fact that I'd never been there before. Anyway, I took a ton of photos that day and when I got back, I plastered them all over a gigantic cork board in my study, which I propped up behind my desk. I also put tickets and postcards on it... anything that helped evoke a sense of that place.

I called it my ‘story board’ and was very pleased with it indeed. It really helped me at times when I felt I was losing my way with the plot. I looked at the images and could almost hear seagulls squawking and feel salty wind on my face.

I’m writing something completely different now, a dystopian novel set in the near future so filling my story board was much more of a challenge. I knew I wanted old Victorian warehouses and pictures of urban decay and for the former, I took a day trip to the much-loved Northern town where I went to university a zillion years ago.

Well, I had a rubbish day. I was trying to go on a walk along the canal that was advertised as showing the city’s industrial heritage in all its glory. It turned out to have large sections that were closed off and I ended up wandering round a ring road studded with B&Qs and builders merchants before being taken past a massage parlour to rejoin the route. At this point I realised it was completely isolated and after 20 years of living in London, my instincts told me this lonely tow path walk was not for me.

In the end, I found some good images much closer to home, in Shoreditch.

I’ve re-made my board, which is now propped in front of me as I write. I’m not sure it has quite the same punch as the original but feel confident it’s going to help all the same.

Having spent further time faffing about getting the exact right notebook, it’s beginning to dawn on me that the time has come to stop procrastinating AND DO SOME BLOODY WRITING!

But before I do, I’m really interested to know what practical things other writers do to get their creative juices flowing. Do you use pictures, like me? Maybe you even draw pictures?
Do you take a walk around locations that may appear in the book? And what about music? I had a playlist on my iPod that also helped me when inspiration was running low.
On the other hand, maybe you just allow your imagination to take flight without the need for props.
However you do it, I’d love to know...
Posted by Caroline Green at 06:00

Having a real location in mind seems a good idea. I try to use what I know when writing - for example if action is set in a house, I imagine a house I actually know so I keep the layout consistant.

Great post. The wall board sounds a good idea, that I will nick.

I once spotted my MC on the tube and surreptitiously took a picture of him with my phone.

Patsy, the funny thing about my seaside town was that I had a very precise image of it in my imagination. It was downright spooky how close the real one came, although I'm convinced I've never been there. Must have seen it on screen, I guess...
Rod, I love the idea of seeing your MC on the tube!

One of my favourite writers, Katelan Foisy (http://www.katelanfoisy.com/store/), takes a camera with her everywhere, as well as a voice recorder. She's in her late 20s now and she's been doing it since her teens. The resulting visual and verbal archive is extraordinary and adds all kinds of layers to her work. On a sobering, tought-provoking note, as a teenager, she and her best friend took a tape recorder (remember those!) with them when they went adventuring one summer. 5 years later, the friend died from an overdose, but Katelan had hours of tape she was able to use to produce Blood and Pudding, the book based on their friendship.

She's also an artist, and has done some professional photography, but she never takes her wizzy camera with her, just a really cheap digital - that way she doesn't get hung up on the composition, just snaps anything that captures her imagination

I love the sound of your storyboards! I use music, definitely - I have playlists for every book. It's strange now when I hear tracks out of context!

I occasionally use music to help with an emotional scene, and scour Google images for places/buildings etc. but there's nothing quite like going somewhere (if it's possible!) to get a real feel for things. I tend to do that once I've finished the first draft to add depth to certain scenes.

Love the idea of taking a camera everywhere, I'm going to do that in future!

I really don't use anything like this...but I like the idea.
A very efficient way to immerse yourself in the world of your story.
Ta for this.
HB x

I'd LOVE to have the time (and space) to make a storyboard, I've hears so many positive things about them... one of my favouritest writers, Jennifer Crusie does the most incredible 3D ones.... let me find a link... here: http://www.arghink.com/wp-content/uploads/2009/12/OneMoreTimeCollage.jpg
Amazing, no? I'm sure it's a fantastic aid to have your latest creation in front of you whilst writing it - so cool.

Wow, it's great to hear how others go about this - that Jennifer Crusie image is amazing. Love the story about Katelan Foisy too. Thanks for your comments, all.

I think there's a need to distinguish between genuine pre-writing stuff that gets your bum on the scribing chair, and things you do to avoid writing. I've been massively helped by reading The War of Art, by Steven Pressfield, to help distinguish when I'm doing something useful vs goofing around, and my attitude and productivity have notably improved since I was recommended that book. I blog about it over here: http://www.youdothatvoodoo.com/2010/10/31/public-service-announcement/