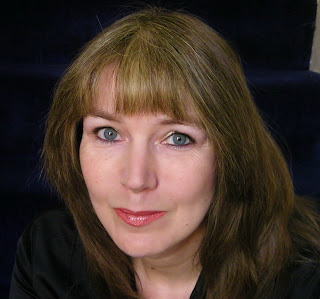 Kate Long is the best selling author of The Bad Mother’s Handbook, published by Picador in 2004. The book was serialized on Radio 4, nominated for a British Book Award and made into an ITV drama starring Catherine Tate. Her other novels include Swallowing Grandma, Queen Mum, The Daughter Game and A Mother’s Guide to Cheating. Kate has had short stories published in Woman's Own, Woman and Home, The Sunday Express magazine and the Sunday Night Book Club anthology. She lives in Shropshire with her husband and two sons.

I think it would have to be a selection of novelists who ignited my interest in reading as a child – say, A M Lightner (Star Dog), Joan G Robinson (When Marnie Was There), Elizabeth Goudge (The Little White Horse). I’d like to thank them for getting me started.

At the moment it’s chocolate raisins, but next week I’ll have moved on to something else. I’m very snack-fickle.

Longhand for night time notes and for editing; straight onto screen for first drafts. How did we ever write before “find and replace”?

I have to go with what looks least unlikely, which would be the film deal. There exists somewhere a pilot comedy show of The Bad Mother’s Handbook produced by ABC, but it never became a series. Perhaps one day it’ll be discovered and re-commissioned. I did scoop genuine Hollywood star Rob Pattinson for the British tv version, though.

The Today Programme on Radio 4.

Each has their place but I’m a huge fan of the independents, not least because they’re SO supportive of local authors. My local BookShrop is fantastic at putting on events where writers and readers can meet each other, and it’s always fun and informative whether you’re the one speaking or you’re in the audience. Plus the everyday service is friendly and personal. We’re really blessed with great independents in Shropshire, actually.

Plotter or panter? [ie do you plan out all your work first or write by the seat of your pants?]

Obsessive plotter. I daren’t start without my timelines, all carefully drawn out with significant dates, my characters’ family trees and back-story.

I like to do a bit of both. As a novelist you’ve taken the reader with you for three hundred-plus pages on the promise of some sort of resolution, so you have to offer a degree of satisfaction. Then again, when I’m reading fiction I like to be able to do some of the work myself, and be given room to fill in blanks and possibilities. That process draws you in and is much more emotionally involving. I hate a book which gives you absolutely everything on a plate.

Johannes Cabal the Necromancer by Jonathan L Howard. Such an inventive world, such lovely dark humour.

A seed of an idea beginning to split open and unfurl, the first flash of green poking through the soil. That’s the point at which I know a story’s beginning to tell itself, and I need to start getting notes down.

Work in conservation. I love field studies and animal tracking, cataloguing, mapping and taking photographic records. I also enjoy environmental campaigning. I am a thorn in my local planning department’s side.

Give in to mid-stage panic. Everyone gets at least one crisis part way through a long project, but the trick is to keep your head down and push on through. You can always perform radical prose surgery at a later date. Almost everything’s salvageable in some form.

Kate's website is here
Posted by Caroline Green at 06:00

Thank you so much Kate.
I loved TBMH.
Were you happy with the screen version?
I thought it was very good indeed, but writers notoriously hate adaptions of their work.
HB x

I just got the Necromancer book out of the library for my son, but maybe I should read it instead!

I'm a huge fan of Kate's writing too and just wanted to say thanks again to her for sparing time to answer our questions..

Thanks for the nice comments! I'm very fond of the ITV version of TBMH, Helen, and have several props I keep as mementoes. I know how lucky I was that the book ever made it to screen, and to have such a great cast too.

I did think it was a very good adaptation...captured the spirit if you know what I mean.
HB x