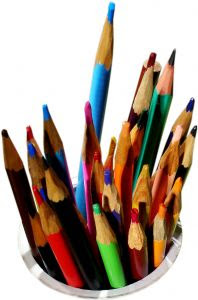 This has been a funny old week.
First, I finished the editing process on book four.
Normally, this is a moment for a cold glass of something bubbly - and I aint talking milkshake. I find the entire getting-the-book-into-shape thing, fraught. Not in a 'oh I can't abide tinkering with my baby' way. Rather, it's a 'there's no chance I can get this done in time,' way.
Indeed, this is the only time when I envy literary writers. They are much less tied to deadlines than we commercial dudes. No-one, I suspect, is standing over them tapping their watch ominously and muttering about how Mr ASDA has opened a space for two weeks only, after which the plastic Halloween pumpkins take proirity.
Still, I was not complaining when my new publishers told me that book four will hit the bookshops next May. I was, I'll admit, drooling over the thought of all those holidaymakers trawling the BOGOFs.
And I can't even pretend that I didn't know what would be involved. I've traversed this process three times already...but at the time I was too busy high-fiving my agent.
What then, is the problem?
Well let me tell you about the editing sausage factory.
In order to get a book out by May, you need to get a decent draft in to your editor by the previous April.
He or she will then take six to eight weeks to consider it. I'd like to think that they spent every moment wracking their brains for ways to improve our master pieces, but I suspect they sit on them until panic breaks out...
Then comes the call or the email. It starts in such glowing terms that your writerly ego is almost as puffed up as when you were told you were getting the Summer slot.
Then comes the important stuff. The small matter of your protagonist being too arsey, your plot being too slow, and there being a distinct lack of your usual humour.
This stage is called structural edits. The word re-write is never uttered.
It's now June...but could you possibly get a fresh draft back to your editor by the end of August.
You work all Summer, cursing those same holiday makers out there getting tans while you chain yourself to your PC.
What seems like seconds after you re-sub your MS, you receive a document containing the line edits. This is where someone with more patience than Desmond TuTu picks up on every typo and continuity problem. And I mean every single one. It looks to an untrained eye as if someone has commented upon each line of your book. That's because they have.
But could you have a look, and get the edits back in, say, two weeks?
Slavishly you start to go through them. During the first week, you weigh up each and every edit. By the second you're nodding and ticking them off like those old ladies who can run ten bingo cards at the same time.
So when you finally slide that mother back into an envelope and send it back for the last time, you breathe a deep sigh of relief and satisfaction.
It is October.
The book will be checked once more for errors.
It will then be set.
The sales team will go into overtime frenzy.
And the books will be on the shelves in May.
Phew.
Open the Moet. You've done it again. You are a pro.
But never again...
Except when you have just agreed to get book five out in even less time...
Posted by Helen Black at 06:00

Brilliant, Helen! This had me rolling in the aisles!

Brill! And also informative for me because mine is coming out in May and I wanted to know what happened after copy edit stage!

Caroline - different publishers work differently, but after copy edits, you should receive the final version before it becomes a book.

You will be really unpopular if you make any changes at that point because the pages are already set.
But it's still worth having a peep to check there aren't any glaring errors. A friend of mine noticed that her second chapeter was missing!
HB x

Nellie from Beyond My Garden said...

So very informative. You present such a daunting future for those of us just getting started trying to hone our craft and hoping for an eventual published project.

Dear Lord, really?!
I don't think I want to be published anymore!

But don't you believe that us lit'ry types (or semi-lit'ry in my case) have it much easier. Our books may sometimes be more widely spaced apart, but once you're in production the timescales are identical.

I was given One Week to go over the copy-edit for A Secret Alchemy, by my US publisher... And yes, a comment on almost every line. Of 130,000 words. Including hard-core historical facts to re-check.