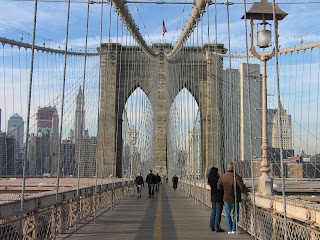 Recently I made a brief foray into the world of trying to secure a US-based agent. It was on a whim that I decided to pen my 'help, I need an agent' query letter. This sudden freakish fantasy was inspired by my discovery that a fellow Irish writer had garnered much success from paddling his toe transatlantic style.

Now I know this is a topic of some debate, with many writers saying that it's a better idea to target an agent in your own country. But the majority of agents are London-based, so what if you live in John O'Groats? Or the Orkney Islands? You get in a car, park it, get the train and spend nine long hours travelling down.

So let's pretend my agent's in New York. I get on a daily flight which leaves from the airport which is eight miles from my house, and five hours later I'm there. Voilà. Sorted. With e-mail, instant messaging, teleconferencing, and more, communication opportunities will only get better in the future, so what's the harm in having an overseas agent? Sure, anytime we need to ring the bank with a query, we phone India anyway. So what's the problem?

My second and fourth books are heavy on the Irish-American theme, like those of Colm Tóibín and where better to send my 'help, I need an agent' query letter, than to America? The first question the agent will ask is: why aren't you submitting to agents in our own country? I'll say 'well, don't you Americans just love us Irish? Every time I meet an American, they're keen to tell me their great-great-great grandmother was part Irish.'

And anyway, what if I decided to uproot and move abroad? I can't expect my UK based agent to follow me. There are pros and cons to having an agent abroad, but I think it's all down to a matter of personal taste and whether or not the relationship will work for you the writer. I'd be interested in hearing from anyone who has an American agent, but is UK-based or vice-versa, as well as people's thoughts on the topic.

For your info, the scary top agent in question wrote back saying he was inundated with work from current clients and thanked me for my letter. This was nice, considering I didn't send an SAE!

Since UK agents are notoriously poor at securing deals in the US, I can't see a problem with this, Gillian.

Sarah Rees Brennan, an Irish YA fantasy author, is represented by Kristin Nelson of the fabulous Pub Rants blog. I never saw any reference to any issues on either lady's posts about their working relationship. So I assume it's fine.

Considering we live in an ever-shrinking world, communications-wise, I don;t see why not either, Gillian. Best of luck and keep us posted!

Wot the others say. The very fact that you're not American may be intriguing to them. And from what I've heard, many writers never - or rarely - meet their agents face to face. Best of luck with your transatlantic paddling!
Susiex

Thanks for the comments. I've had a browse on a few Us agents' websites and some state they are actively seeking Irish literature!!

Definitely go for it, and good luck!