Let's Start at the Very Beginning... 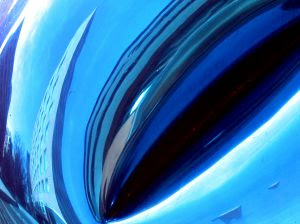 When I posted last week, I was wittering about how tight the timescales are for we commercial writers, how difficult it is to get a book out in a year and how the whole process feels less like wonderous creativity and more like a sausage factory.

So why oh why instead of giving myself a month off after editing book four did I agree to get the first draft of book five to my editor by March next year?

Weeeeeellllllll...I could say it's because I love a challenge. Or that I've already written half of the thing. But I'd be lying.

I agreed to get it to my ed by March because the idea is about Something Very Bad happening at the Olympic Games and she wants to get it in the bookshops in November/December before the opening ceremony for a nice publicity drive and sell in period.

So call it greed. Or call it ambition. But I agreed to this incredibly tight deadline to sell more books.

There, I've said it.

No doubt it flies in the face of how writers are generally seen. The artist starving in his garret is a popular vision, slaving over a project for twenty years with only his craft to keep him warm.

In reality, we all want to sell books. Not only for the money (though I see no reason why making a living from one's skills should be thought of as a bad thing), but also for the communication with the reader. We writers have something to say, and we don't want to shout it into a darkened and empty room. More books sold, means more participants in our conversation.

Anyhow, here I am with a definite date less than six months hence, when the MS for Twenty Twelve must be delivered.
And what do I have?

Not a lot. A concept. Highly commercial, but vague. A cool title. Oh and two great characters who have introduced themselves to me almost fully formed. After that, nada. Empty pages.

Unsuprisingly, panic has set in and I can hear a clock ticking whenever I open my laptop. Should I just get started? Throw myself into it and get typing? Lots of writers do it by the seat of their pants, having no idea where the story will take them. The trouble is, I have never written a book that way. I am a detailed planner. And now doesn't seem a wise point at which to change tack.

So what then, do I usually do? How do I get started?

For me, I cannot type a word until I have decided upon a structure. This is always the most important decision and one which I agonise over. A story is just words until you decide how you are going to tell it.
I believe many books fail precisely because the writer chose the wrong structure. Or didn't actively chose any and just let the writing fall onto the page.

What structure then for Twenty Twelve? As I say, I already know my main character and he is begging to be written in first person. Much of the story entails him hurrying towards the climax, so I'm also veering towards the present tense for a breathless, immediate feel.
The second character will spend much of the book chasing. He is the hunter. That feels to me like a third person POV. He will be more grounded, analytical...so past tense too.

I'll alternate these scenes, though they won't necessarily carry the same amount of air time.

Right then, I hear you say. What's the problem? Get on with it.
The trouble is, I've got a hankering to also include a parallel narrative from the past. A self contained story that will eventually explain much of the present. It will add much to the texture of the book but...and this is a big but for a commercial novel...it might slow the main action down.

Under normal circumstances I would chase my tail about this decison for weeks. Not this time. No can do. I have set myself a deadline of close of business tomorrow.

Hopefully, as you are reading this post, I will have it settled in my mind.
Posted by Helen Black at 06:00

Email ThisBlogThis!Share to TwitterShare to FacebookShare to Pinterest
Labels: Olympics

Sometimes you need to agree to these things because it's what gets you writing. Nothing like imposing a deadline to get those creative juices flowing!

I hope you're right, Ellie.
At the moment I am set by panic.
HB x

I'm sort of feeling the opposite emotion at the moment because I have no deadline yet on my next book until it's all been agreed. I actively need a tightish deadline to get going.

You can do it girl.

Don't panic, Helen! You certainly seem to me like a woman who rises to a challenge!

Sounds to me like you have a LOT, Helen. Just the details missing. And keep reminding yourself that this is JUST A DRAFT. You can change it later as you need to. It doesn't have to be perfect at this point. Go for the shitty first draft!!! And good luck.
Susiex

Many great writers fly by the seat of their pants and are none the worse for it. I forget who said it but 'start at the beginning, work through the middle, and when you get to the end, stop', seems to be the best advice for you at the moment.
Finger out girl, just do it.

Helen, I'd KILL for a deadline.... it must be one of the hardest parts of being un-agented, not having anything to properly 'aim' for. I'll write it for you!

Deadlines are good for the soul! Er... maybe!

As for the planning part - I usually go for a long walk, or even a couple.