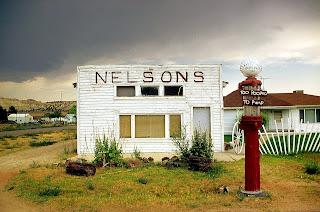 'I saw on the Smith and Jones Literary Agency website that they are 'no longer accepting unsolicited submissions.' I realise this sounds really dense - but does this mean that they are not accepting partials? Then I went to another site and they say 'no unsolicited mss'. Crikey, I need an agent. What do I do? Please help me.'

I asked Mr Brain Smart, a literary agent to tell us:

'What 'unsolicited submissions' means is that I don't want people mailing me with chapters if I haven't specifically asked for them. However, writers are free to e-mail the agency with a query. 'No unsolicited mss' on the other hand means I don't want tomes arriving on my desk. We will read and respond to all e-mails and if my lovely assistant Debbie Magee feels your work is of interest, she will pass your e-mail on to me and I will respond promptly.'

I do take the 'no unsolicited submissions' with a pinch of salt though. When I go to Sainsbury's I don't expect signs up saying 'sorry, no customers.' That would be insane - a killer move by a company which relies on the goodwill of people to open their purses.

Agents too rely on us to provide them with income, so we have every right to send a query straight to them, requesting/begging (delete as appropriate) representation. We are their employer. On previous occasions, I've fired off e-mail queries to agents who have stated on their websites 'no unsolicited submissions' and they've responded by asking for sample chapters. My gut instinct is that they don't want the next JK Rowling passing by.

For my second book, I made the rash decision to query a New York based agent who represents an Irish writer whose work is very similar to my own so I popped the letter in the post, after a rough lesson on how to write a US style query. I included my e-mail address and no return postage in any shape or form. Now, being the big agent he was, I assumed his list was full and that I wouldn't hear any more in response to my Dear John letter. However, two weeks later I received a nice rejection, nicely folded up in the agency's envelope, signed by the man himself. How nice, I thought. Considering I didn't pay return postage, he really didn't have to send me the rejection. In the letter which included my name and address, he said his list was basically full and wished me well.

In conclusion, if the shop is closed, then break down the door. Lack of perseverance will get you nowhere. Unlike in the real world, you won't be arrested by the police for breaking and entering. What's the worst the agent will do? Put your book in the bin?
Posted by Gillian McDade at 06:00

Very interesting post, Gillian. I suppose what may happen here in the UK is that more and more agents may say 'no unsolicited submissions', until gradually we move towards the US position where there are three hoops to jump through rather than two: query letter/e-mail, partial, and full.

Personally, I think that would be sad. I have always thought it a good thing that UK agents, if they reject us, have generally done so after reading at least some of our actual writing - even if it's just skimming the first few pages of our three-chapter submission.

Thanks for the comment, Rosy. I usually tend to drop a quick e-mail first (query style!), just introducing myself and stating a little about the book etc, then the agent will (9 times out of 10) e-mail back.

However, I recently came across a problem - what if the agent/assistant doesn't answer the query e-mail. Do we send regardless?

I totally agree, Gillian. I recently emailed an agent at a big agency whose website said 'presently closed to submissions' and her assistant emailed back to say she'd look at it.

I think it's okay to ignore agencies' supposed guidelines, sometimes, as long as you are always polite about it.

I'm pretty sure this is the right approach.
Agents don't wnat piles and piles of manuscripts clogging up their office space...but they do want to find new treasures.
Even if they're frantically busy with their existing writers, they can't resisit the possibility that they might discover the new JK.
HB x

Yup, totally agree - and, like Sam, have sent brief queries to any that state 'no unsolicited/closed to subs' asking if they'd be interested, and had a request for partials come back. Guess it's a very subjective process.

I always thought "no unsolicited mss" meant not accepting queries. Good to see I was wrong! And, it makes sense, too. I suppose I was just giving up too easily...

Thanks for the info.

But I now have a wonderful agent, so there was a happy ending.