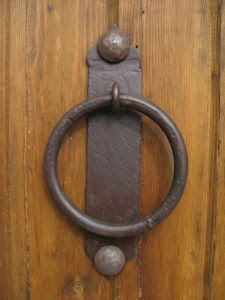 I heard Nick Hornby, an author I’ve long admired, in conversation with his editor on the Penguin Books Podcast recently. He was talking about his latest adult novel, ‘Juliet, Naked’. The editor commented that Hornby handled his characters with a particular fondness, and almost never painted them as all bad'. Hornby’s response was a bit sheepish. He admitted that deep down, he couldn’t shake the feeling that if he treated them badly, one of his characters might one day knock on his front door and remonstrate with him. He admitted it sounded a bit bonkers, but felt that on some level the people he created on a page existed somewhere as flesh and blood.

I loved hearing this.

It reminded me of Hilary Mantel saying she once wondered why she felt chilled while writing and then realised she had just killed off one of her characters. Naturally, she said, they feel cold and so she does too.
I’ve told the latter story before and had the reaction, ‘How creepy!’

But none of this seemsl bonkers or creepy to me. If anything, I think it all seems rather wonderful. I’d go even further and say it’s an entirely healthy reaction for a writer towards the personalities they’ve dreamed up. After all, if they don’t seem authentic to you, their creator, how on earth can you expect your readers to believe or trust their actions in the course of the story? I tend to feel a huge amount of affection for my characters, even the horrible ones, and those whose stories have never really seen the light of day sometimes give me pangs of guilt.

It isn’t only as a writer that people on a page seem real. If the job is done well, you can experience this strongly as a reader too. I recently read and loved Abraham Verghese’s novel Cutting for Stone and at the end, I felt a mild bereavement that I wouldn’t be spending any more time with the characters. If I’m honest, I often feel this way at the end of a good book. Although, I’m happy to say the feeling usually only lasts for a short time. I wouldn’t want to start believing a little too much....

We’ve all heard about the people who write letters to characters from TV shows and novels, concinced they’re real. Harmless, yes, but a little bit disturbing. At the very furthest end of this scale, you have Stephen King’s brilliant creation, Annie Wilkes, in his novel Misery. Wilkes is so obsessed with the veracity of writer Paul Sheldon’s character Misery Chastain that she ties him to a bed and carries out unspeakable violence when he disrespects his own creation. It’s a twisted sort of compliment. As she famously tells him, ‘I’m your biggest fan..’

But as long as a small, rational part of your brain knows that characters don’t really come and knock on the door, you should try and think of them as living and breathing entities. It could just mean your readers are able to believe in them too.
Posted by Caroline Green at 06:00

This rings very true for me Caroline.
My series character feels as if she's real, no doubt because I've spent so much time with her.

My family too, act as if she has a life of her own. 'What did Lilly do today?'

Even my agent talks abot her as if she weren't merely fiction. 'Ooh, what's up with Lilly? She seems out of sorts.'

I can identify with this. All my favourite books, (not necessarily the ones I would consider the 'best' books in terms of literary merit) are ones where the characters are as real as people I know. My mother and I both love reading and have been known to talk about charcters as if we knew them - because we DO know them! In an essay for my degree in Literature I was chided by the tutor for writing as if Jane Eyre was a real person and was told in no uncertain terms 'the character, JE, is a literary device.' Literary device be damned, she's a person.

A literary device? How clinical and horrid.

Helen, lovely thought, your family asking how Lilly's day has been...

What a great post. I think all writers have those moments were are characters seem to alive!

Glad it's not just me!

Yes, i still feel my heart squeeze when i think about my abandoned Ancient Egyptian characters, Caroline. I still imagine life is carrying on in their world.

Whereas characters from previous scripts i wrote now seem like cardboard cut-outs.

I can relate to this too! Bonkers, but true. Great post, Caroline! (And I must check out the Nick Hornby podcast...)

I think the reason we become fond of our characters, however unpleasant they may seem, is that we know them from the inside; we know they aren't bad through and through, and that they have redeeming features. I think I would find it impossible to create a character who was entirely evil (unless, perhaps, s/he had a small, walk-on part).

Great post. Since my characters are composites of people I know, it really resonated with me when Hornby said the people he created existed somewhere in flesh and blood.

So interesting, Caroline - I can apply this to my first novel and it's the characters I don't care about who are most cardboard and uncharacterful.
Susiex

Thanks everyone for your comments. Glad, as ever, this struck a chord with some of you out there.

Nietzsche said "some things, even living entities, sometimes deserve to die." His thinking was criticised at the time, but his teachings translate well to creative writing. Be in no doubt, if you want your readers to engage with your work you must be ready to wave farewell to characters whose number is up.