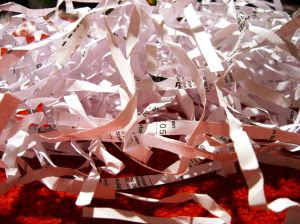 I’ve just handed in the third draft of my second YA novel for Piccadilly Press.

It’s a longer book than my first one, plus the story is more complex. The second draft came back with loads of comments from my editor...so many in fact that I groaned and collapsed in my chair when I read them. Annoyingly, they were all great suggestions [she’s like that, damn her]. Everything she highlighted, I was probably aware wasn’t working deep down. I spent a good few days brooding, mumbling and generally fretting.

Then I picked myself up, dusted myself down, put on my thinking cap and got out the highlighter pens and jumbo pads of paper. I was ready to go back in. I finally emerged, blinking into the sunlight, at the end of last week. It felt as though life was on hold until I’d got it done.


But it struck me that it’s a quite different process when you deliver a book, post-publication, to when you’re starting out.


When you’re trying to get published, your manuscript often goes through various edits. You may, as I did, pay for a professional report [I used Cornerstones]. I also had input from two different agents [who didn’t subsequently sign me...but that’s another story] and re-wrote accordingly. So by the time my editor at Piccadilly Press saw what is now Dark Ride, it had been through a fair number of changes.


This time round, my editor wanted to see my other book before it was even finished. It was, shall we say, rough... so rough that I cringe to think about it. Keep going, she said, though. This could be good.


A good few months later and we’re up to the third full draft. I’ve had some despairing moments and I think there’s still work to be done. But it helped when I reminded myself of just how much polishing had taken place the first time round, before my editor even saw the manuscript.


I’m now in the horrible no-man’s-land of waiting to hear back again. I was hoping to forget about it until after my holidays but she tells me I’ll hear back within ten days. Cue much gnashing, wailing and rending of garments.
I just hope that with every draft I write, I’m getting a little closer to the finishing line. Wish me luck... ?
Posted by Caroline Green at 06:00

Here's wishing you luck - but somehow I don't think you'll need it! Have a lovely, well deserved break. Writing can be exhausting.

Thanks Essie! I can now add an update to this post...she says it's all mostly there apart from a an issue with one bit of the ending. Hoping to go away on holiday and come back inspired! But the response was a lot better than I'd feared so major PHEW on that.

Ah, Caroline, they always turn round and bite you in The End - pesky buggers! And just a thought - if Editors are so damn good at being brilliant with books, why aren't THEY writing them? Happy holidays to you - you deserve it!

Well done, Caroline! We've all been there and we know just how much gritty determination it takes to carry on and on and on.
Debs... is it a bit like the old adage 'those who can, do and those who can't, teach'? I suppose editing is a type of teaching isn't it?!
Jane Gray

Well done, Caroline, for facing and defeating your fears. Your hard work has paid off.

Thanks everyone! Off on holiday tomorrow so apologies if anyone comments and I don;t get a chance to reply.

YAY Caroline! What you say about the second novel is so true - when I think about the number of revisions mine went through before getting signed, it's scary. And how brilliant to find a publisher who understands this, and is willing to work through the rough bits with you. YAY again!
Susiex

Best of luck! I'm sure the book will be great.

Have a great holiday, and all the best for the new book.