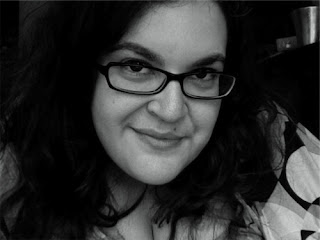 Naomi Alderman’s first novel, Disobedience, was published in ten languages; it was read on BBC radio's Book at Bedtime and won the Orange Award for New Writers. Penguin published her second novel, The Lessons in April 2010. In 2007, she was named Sunday Times Young Writer of the Year, and one of Waterstones' 25 Writers for the Future. She has published prize-winning short fiction in Prospect, Woman and Home, the Sunday Express and a number of anthologies and in 2009 was shortlisted for the BBC National Short Story Award. From 2004 to 2007 Naomi was lead writer on the BAFTA-shortlisted alternate reality game Perplex City. In 2008 she wrote the Alice in Storyland game for Penguin's online We Tell Stories project, and her most recent online work is 'The Winter House'. She broadcasts regularly, and writes a weekly games column for the Guardian

Definitely Douglas Adams, whom I'm gutted never to have had the chance to meet. So I think if I get to bring him back for an evening I might plan the evening around him and people I think he liked and have Richard Dawkins and Steve Meretzky.

Computer. But I sort of wish I was one of those longhand people.

Ooooh. Does one mean "definitely can't ever do the other"? I'd rather write something that would still be read in 100 years than either of the two, and can't choose. Sorry.

Sigh. I have taken my credit cards off Amazon to stop myself 1-clicking. But while I do go to independent bookshops, I love the range of stock you can get online. I plead the fifth. I hope both can co-exist.

I am rubbish at these questions! I do both. Probably more of a hacker, but I tend to hack, then add to fill in the missing bit.

Panter. Otherwise I bore myself.

You really must read: The Shaking Woman by Siri Hustvedt

I get most excited by: my imagination.

If I wasn't a writer I would be: dreaming of being a writer. Or a chef. Who wanted to be a writer.

An author should always write what they believe.

Naomi's website is here
Posted by Caroline Green at 06:00

Thanks, Naomi - what an amazing CV you have. And I'm also envious of your ability to eat 90% dark chocolate - I tried 99% the other day and had to spit it out...
Susiex

Thanks so much Naomi...great answers. I recently read The Lessons and loved it.