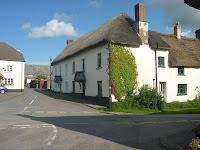 Last year I blogged about the kind of writing holiday I would love to go on – one where I'd be left to my own devices and not have to do any tutor-led writing exercises, crit anyone else's work or, heaven forbid, cook for other people.
So, last week I headed off to Retreats for You, a writing retreat run by journalist Deborah Dooley in her own idyllic 18th-century Devon house. Situated in the centre of the village of Sheepwash, the building – which was once a shop – has the happy feel of a place that's been used for living, working, gossiping and laughing for centuries. It feels like home from the moment you step through the door.
A stay at Retreats For You really is a retreat from the demands of the world. All food is provided, the tasteful and simple décor of the rooms is conducive to inner peace, and there's no pressure to do anything. You can write 24 hours a day, or you can doss around, sleep, read, walk and eat – it's up to you.
At the beginning of the retreat, I had a complete first draft of my second novel but had left it festering at that. With a deadline-esque job and a three-year-old son, even making a cup of tea feels like a self-indulgent luxury, let alone writing another book. But the story I'm working on could be pretty good, if it had the chance, so I decided to become the Daily Mail's version of the anti-Christ and abandon my little one to the care of his father for four nights.
When I arrived at Deborah's house, I faced the temptation of just clinging to the crisp lavender-scented bedding and sobbing in gratitude at the thought of sleep and proper food. But I had work to do and only four days in which to do it.
The novel was at the stage where I couldn't measure progress by word count, but neither could my efforts be dignified by the term 'editing'. It was more like trying to chop up a turkey and reassemble it as a diamond. 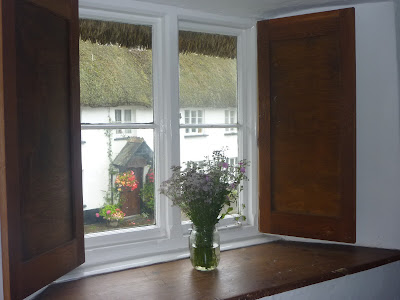 Retreats For You was the perfect place to get a bit of space, to have the luxury of thinking things through rather than panicking that I have to get words on the page before the next bombardment of noise and demands. I had not spent a full day writing fiction for at least 10 years and it was a real eye-opener to discover how much is possible when you can organise writing as a working day.
The retreat is full board (though Deborah also does B&B if required) and the food was gorgeous – really good, healthy, home-cooked meals that formed the perfect fuel for the writing brain. Though it's fine if you want to eat in your room and carry on working, I enjoyed the opportunity to meet up with the other guests and hear all about their progress. In a perfect example of attention to detail, Deborah even brought a pre-dinner glass of wine to our rooms each evening!
Spending a few days away with the book enabled me to fall in love with it again, and since returning home, I have been able to treat it as if it were a first novel. I don't know whether it will ever get published, but I'm writing it because I want to and because I love the characters – goodies, baddies and all. I think it's in many ways better than anything I've written before, and whatever might ultimately be its fate, it's worth finishing for its own sake. I'm glad to have had the opportunity to go on a retreat, reboot my brain and regain the joy of writing.
To find out more about Retreats For You, visit their website
Deborah Dooley guest blogged for us in July last year.
Posted by Caroline Rance at 06:26

Sounds great, I've just come back from a very similar experience, 7 days writing, my first time away from the children for more than one night, being able to write for hours at a time without interruption actually took a bit of getting used to, not saying I missed it or anything! I'm also at the stage in a book where its hard to measure progress, beyond saying "No" when asked is it finished yet! Since I came back I'm refresshed enough to be able to tackle the rewriting that needs done. Enthusiastically carrying it around in a shoebox! Good luck with your novel! Hope you get to reurn to Retreats For You!

I'm an avid retreater. In fact, I'm addicted! The downside to retreats is that they show you what you are capable of when you have the right surroundings, which can be annoying when you're back at home!

That sounds utterly fabulous. I can't see how I could do it myself just now - family, work etc. etc. - but one day, oh one day ...

I need to visit the UK soon and have been dreaming of taking a few extra days for a retreat... now you have me wondering whether I can get to Exeter without too much pain. The idea of spending a day writing and going for walks almost has me looking up flight details right now!

I'm salivating with envy! Thank you for sharing your trip with us. I think this is something I must try.

Sounds brilliant. I would love to go on a writing retreat but I have always felt it was too self-indulgent. But sometimes that is just what you need to keep up the momentum of writing, and to take yourself seriously as a writer.

As one of Caroline's co-retreatees I can endorse everything she says about how splendid Retreats for You was. I also got loads done and found the home cooking, peaceful atmosphere and great company of Deb and her family and the other guests a real tonic. Highly recommended

Sorry - didn't mean to double post - not sure what happened there!

Ooooh,that sounds just wonderful, and very much needed by the sound of it. So glad you came away having fallen in love with your novel again.
Susiex