An experiment: defining success as enjoyment 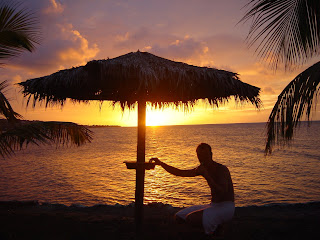 Recently I’ve started to think of it like this . . . it is a space that exists somewhere in and around you. Or maybe it’s a thing that lives in that space - can’t say really. No, I think it’s the space itself. That feels quite important. All I can say is that it is there and sometimes there’s more space. When there’s more space there is room to move. A place where shadows take form. That’s when something comes. When there is more space there is light and warmth there. I haven’t seen these things with my own eyes so I don’t know what I’m talking about.
All I know is that sometimes there is less space. The space has gone or there isn’t enough space. That’s when nothing comes. That’s when it strangles. That’s when there is darkness there and a constricting dampness so cold you wouldn’t want to move, even if you could. You can’t move when there’s no space. That’s how it was last year. I’ve blogged it before, when many things died. Nothing came.
This year is different. There is already more space there. It changes day to day. When there is space it is electricity and movement and dancing. That’s when something comes. Maybe a story or a verse or just noticing: the blobs of moss on the sloping roof or a glisten of raindrop on an early summer pear. Maybe a person passing in the road. Their story isn’t ripe and neither is the pear but it means something.
Here’s what I’ve noticed when the space grows:
Not caring about how good it is (that’s the most important one).
Not caring about publication – doing it for its own sake.
Reading a snatch of poetry from the shelves.
Staring at the sea.
Opening the dictionary at random, like the Bible.
Stopping everything and being still for a moment.
Recording the moment in the Momento app on miPhone (I’ve captured 22 so far).
Lying on grass looking at dizzy clouds.
Speaking aloud in unplanned words .
Giving it enough time, not rushing. Time and space.
Listening to music without words.
Meeting with certain people who love to talk about this shit.
Sorry if this doesn’t make sense. I’ve not seen these things with my own eyes and I’ve an inclination that it might be dangerous to talk about these matters in public, in daylight. I’m trying to define success as enjoyment. At the moment I’m loving it, so that is success. But that’s the scary part too, the dangerous precipice over which we shout victory.
If you know what I mean please say what works for you.
Posted by Roderic Vincent at 06:00

Staring at the sea is how I make more space. When it's all too tight and there's nothing there (except the dark and the heavy and the restricted) I need the sea. Because that lets it out. Somehow.

Trees - their form, their persistence and their ability to delight.

What works for me is the darkness, space and time that is sometimes called insomnia. I used to feel that I would give anything just to be able to go to sleep. Now I live for those moments when I can't sleep as that is the time and place that all my stories live in.