The Times They are a changing... 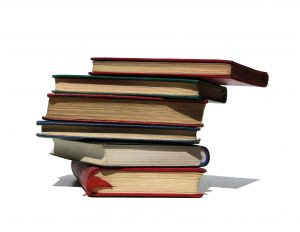 In a recent edition of the Bookseller, Victoria Barnsley, CEO of HarperCollins, gave an overview of the first half of 2010 in publishing terms. Things, to be frank, had not gone well. Neilsen Bookscan gave the grim stats : total value of booksales had fallen by 5.7%.

Take into account the huge sales from the Twilight series et al, and most authors have had a prettu torrid time of it.

Obviously there has been a recession and folks are buying less of everything. Given a toss up between stuff for the kids' packed lunches and a copy of War and Peace, it's a no-brainer.

Even the most hardened of book buyers among us are taking a long look at our shelves before slipping down to Smiths for the latest offering. I'm sure we're not alone in Casa Black, in that we have enough unread novels to keep us in clover for ten years. Forking out for more is not top of our agenda.

The credit crunch, however, seems not to be the sole cause of the publishing industry's woes. Victoria Barnsley confirms. 'Our business needs to change...To be honest, I don't anticipate the market ever returning to pre-recession levels in its current form.'

One of the ways Ms Barnsley sees HarperColins moving forward is by cutting the number of titles it publishes.

Of course, I know there will be groans all round from those attempting to find a publisher, but still I think that reducing the number of titles published each year is the right way to go.

In the last ten years the larger publishing houses have been churning out an ever increasing number of books. Many have a shelf life of less than three months as the publishers sell in another batch of new releases. Indeed, many books never even make it onto the shelves of the major booksellers. With too many titles and too little space, they wallow and die. The film equivalent of straight to video.

How any publisher can complain about poor sales about a particular book when readers have had no chance to buy it, is beyond me. But complain they do. A mate of mine was dropped after his second book bombed, despite it never coming within a whisper of a high street book shop or having any publicity whatsoever.
For too many books the plan seems to be, publish and hope for the best.

Now don't get me wrong, I'm not advocating quotas etc and I'm certainly not saying that good books shouldn't get their chance in the sun because we don't want too much competition.


But I am saying that common sense should prevail.


Publishers need to think long and hard before they choose which books to go with, then get behind them. Each one should be properly edited, then a strategy worked out to give it the best chance of survival. Most writers I know, are only too happy to help with publicity etc.
A book is a huge investment for a publisher and should be treated as such.

Perhaps this comes across as protectionist. I'm a published author and am only too glad to have the market shrink it's true.
Maybe that's true.
But I'd also rather see a robust publishing industry, where authors can eat and pay their rent. Where debut writers have a hope of seeing their third book on the shelves, rather than being consigned to the archives.
I think a thoughtful reduction in titles can only help.
Posted by Helen Black at 06:00

A healthier industry with more realistic prospects for writers can only be a good thing. However, the proliferation of 'anyone can become a novelist' courses, celebrity memoirs and ghosted celeb fiction all promote the idea that writing is easy and it's more about marketability than it is about good quality writing. Unless all that is addressed as well, I don't see a major shift in the prospects of many aspiring writers.

Very interesting, Helen. I'm sure you are right: it's too easy to get published these days.

'Thoughtful' reduction says it all. However, ultimately books are products, and the products that sell best at the moment are celebrity memoirs and novels by Katie Price!
Here's a radical thought: how would it be if publishers specialised completely? So that, for example, Penguin published ONLY literary and general fiction; another house published only women's fiction, etc. And these would be displayed in bookshops with the 'house' covers, so that it was easy for readers to know where to go for what they love to read?
Susiex

Rod, is it?! I WISH!
When the likes of bleedin' Katie Price get on the bestseller list and proper serious writers like... well, me, are still sent packing from Agents doors... it becomes so demoralising. Is it worth bothering to try and do the best you can do in a market that clearly just wants airheaddy bimbos to give a list of 'ideas' to somebody else to ghost write something coherent for them to overshadow US?
(apologies - this is ranty)

My novel's out with publishers at the moment and has already been turned down by some for budget-related reasons. I do agree with what you're saying, but from a selfish point of view can't help wishing I could turn the clock back a couple of years!

Love Susie's idea by the way, and Rod it most definitely isn't easy to get published these days unless you're a 'sleb!

Slebbiness isn't the way to get published either, mind you. There's many a marginal sleb book which can't get a deal either, which would have three years ago: ask any ghost writer. The market shrinks there too, particularly sleb books, as the over-seas market is nil, and most publishers have had their fingers badly burnt several times over by paying too much. They're no super-cautious. Not that our hearts bleed for the slebs, not least because having a book out isn't as central to their identity as it is to ours.

But you have to compare like with like. Compare Katy P to Stephenie Meyer, but that says nothing about what the rest of us shouldn't be writing. Publishers still need books for all parts of the market. They just need fewer titles.

My agent - who handles writers across almost the whole spectrum - says that she thinks that agents at the literary end of the trade are in a sense too successful: they manage to get too many books bought which divides the strictly limited literary market between too many writers. None of us can then earn a sensible amount.

Is it better for the book culture at large to have several thousand authors earning tuppence apiece and being dropped after two or four books, or several hundred able to earn a chunk if not all of their income, and going on being published for the long term.

I'm not sure. But I'm also not sure that there's an open-and-shut case for the more the merrier.

Tongue firmly in cheek there, Rod, am I right?