SUPER SEEMS TO BE THE HARDEST WORD... 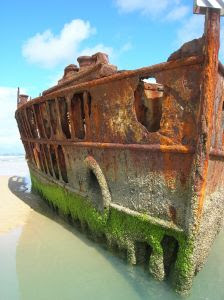 D’you know him? Spawned from the pen of the brilliant Andrew Davies, Ron Rust is Creative Writer In Residence at Lowlands University (otherwise known as the pissant swamp). And Rust takes his job very seriously. His mission: to discourage as many students as possible from embarking on a career in Creative Writing, in order to narrow the field for himself.

Davies never explains exactly how Rust achieves this, but I think I know. Rust doesn’t leap out and bash students over the head with a rock. Nor does he set about their novels with a blow-torch. He’s much cleverer and more insidious than that:

He slowly and deliberately pours cold water over their ideas.

Have you ever encountered a Rust? You’ll know if you have. One minute you’re buzzing with excitement about your writing. The next, you’re shaking Rust’s limp and clammy hand, and your energy’s seeping away. Ron Rust is the worm in your apple, the wet in your blanket, the snake in your grass. He’s the man in the joke who, when asked for directions, says: Oooh, I wouldn’t start from here.

Sometimes, and more lethally, Rusts travel in pairs. I met a couple of ‘em in the gallery where I work. Ron spent a long (looooong) time telling me why a painting by our featured artist didn’t work for him. Ronette asked if we had any images of the exhibition, but when offered the catalogue (£2.50) said she didn’t like them that much. Eventually Ron asked what kind of work I did. I pointed out my painting. The Rusts looked, and swiftly looked away, only to resume their diatribe. Their silence said it all. Rust is, after all, the result of mixing air (nothingness/silence) with cold water. I’ve been scraping off the sediment ever since.

Rusts have always been around. Even Rudyard Kipling encountered one, in the person of the editor who returned an article to him with a note saying: ‘This isn’t a kindergarten for amateur writers. I’m sorry, Mr. Kipling, but you just don’t know how to use the English language.’ No wonder the poor man turned to making cakes.

It never fails to astonish me how difficult it is for the Rusts of this world to squeeze out a word of encouragement. It’s not as if we writers expect the world – just a response with a flicker of interest; an acknowledgement. A tiny flame to warm the cockles of our hearts.

So let us rally for an anti-Rust day. It’s really very simple. Today, we each give someone a bit of encouragement. A word of praise. An acknowledgement of a job well done. Some enthusiastic support. A compliment. A thank you. To show we’ve noticed what they’re good at, who they are. Then all we have to do is sit back and watch their faces light up and glow.

As Clarissa Pinkola Estes writes: ‘Being with real people who warm us, who endorse and exalt our creativity, is essential to the flow of creative life. Otherwise we freeze…I’m not certain how many friends one needs, but definitely one or two who think your gift, whatever it may be, is the pan de cielo, the bread of heaven.’
Posted by Susie Nott-Bower at 06:00

Oh Susie, what a brilliant post. I think we've all met Rusts in our time. Although, as a writer of romance, I'm more likely to encounter the Flamers- they don't bother with cold water, just go straight for the flame thrower! Happily, I've found a lot of friends to be supportive. And I'm getting more rust proof these days...

I work for a Rust (unfortunately) and after I've carefully crafted a piece of writing (press release, leaflet, advert, whatever) especially for its audience, he takes great delight in telling me that it's not proper English. Few adverts are, of course!

A brilliant post and one that I will remember with comfort when I encounter a Rust.

I haven't come across too many Rusts recently, but have done in the past. The trick, I think, is identifying them before they do damage.

Actually, Susie, I'm a bit pissed off. I want to say how much I love your writing and how great this post is (as always). However, I'm worried that you will think I'm just saying that to follow your exhortation to say something encouraging to someone (which is not what I'm doing). So I'm pissed off.

"No wonder the poor man turned to making cakes."

That bit made me laugh aloud.

Phillipa, Rust-proof is the ultimate attainment.
MorningAJ, I feel for you. Rust is the worst kind of employer.
Rod, don't be pissed off - I'm loving your comments (as always).
Thanks everyone.
Susiex

Wow, this is so timely as I've just been having a conversation with my husband about someone just like this. Quite uncanny!
Wonderful post, as always.

Susie I know that feeling of being well and truly 'rusticated'. In my case by a so called mentor. (Must go and look up definition of 'mentor' some time). Thanks for adding some laughter to those nasty memories!
AliB

It's so true that negativity drains the creative process, whereas a compliment or two gives it a massive boost - and it doesn't even cost anything!

I have a different name for them, but it does have four letters including an 's' and a 't'. Just as we need to draw from the wells of inspiration and encouragement, so we also need to avoid the poisoned sources.

Thanks, all. Debut, that must be truly horrible - a mentor should never, never be Rusty. :(
Tee hee re. last message - er, massage. :)
Susiex

And even the spam mail on Aug 13th was trying to get in on the 'super' act by being superfluous.

What a great post to read when feeling a little down about my WIP. I have decided from now on to treat all Rusts (and I've met plenty) with the contempt they deserve and smile cheerily when they try to cloud my sunshine. Onwards and upwards! Thank you.

Oh I know a Rust!! Now I don't feel so bad about their negativity - Thanks for your post!

Glad to hear it, Kate. There are a lot of the little Rusty critters out there.
Susiex

Loved this post Susie. The Rusts are insidious little creatures, thankfully not tooooo often encountered these days (one learns to avoid them) and more easily ignored I find as time trucks on. One particularly rusty Rust, in an end of creative writing term session that was all about celebrating and showcasing students' best work, made a blatant point of editing his own work and writing notes to his important little self while the rest of the class read their (clearly uninteresting) pieces to the group. Very Rusty behaviour indeed, and enough to cause one or two of the more sensitive souls to visibly wilt. Rusts, I find, are also oddly slippery creatures.
May your life be Rust-free from now on.

Will we be having an anti-rust day this year?

It can't be any sillyer then today. July 27th is take your houseplant for a walk day.