I was going to post about something entirely different... 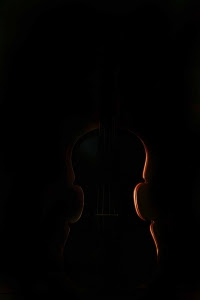 Then I received this. Try reading it in the context of writing, subbing and being recognised:

Washington, DC Metro Station on a cold January morning in 2007. The man with a violin played six Bach pieces for about 45 minutes. During that time approx. 2 thousand people went through the station, most of them on their way to work. After 3 minutes a middle aged man noticed there was a musician playing. He slowed his pace and stopped for a few seconds and then hurried to meet his schedule.

4 minutes later:
The violinist received his first dollar: a woman threw the money in the hat and, without stopping, continued to walk..

6 minutes:
A young man leaned against the wall to listen to him, then looked at his watch and started to walk again.

10 minutes:
A 3-year old boy stopped but his mother tugged him along hurriedly. The kid stopped to look at the violinist again, but the mother pushed hard and the child continued to walk, turning his head all the time. This action was repeated by several other children. Every parent, without exception, forced their children to move on quickly.

45 minutes:
The musician played continuously. Only 6 people stopped and listened for a short while. About 20 gave money but continued to walk at their normal pace. The man collected a total of $32.

1 hour:
He finished playing and silence took over. No one noticed. No one applauded, nor was there any recognition..

No one knew this, but the violinist was Joshua Bell, one of the greatest musicians in the world. He played one of the most intricate pieces ever written, with a violin worth $3.5 million dollars. Two days before Joshua Bell sold out a theater in Boston where the seats averaged $100.

This is a true story. Joshua Bell playing incognito in the metro station was organized by the Washington Post as part of a social experiment about perception, taste and people's priorities.
Posted by Susie Nott-Bower at 06:00

Fascinating - thanks for sharing. Will they publish their thesis on what this says about perception/priorities? I imagine most people are "tuned" to filter out any kind of subway music and failed to realise they were hearing something amazing. (Makes me think of my old policy of avoiding books with the R&J Book Club sticker on the covers, because the idea of being sucked into a socially "acceptable" mass-reading excerise turned me right off.)

Some day I'll be recognised as a great writer!? All those who called me troll will be embarrassed!

I bet he did his 10,000 hours and then some, to get to that level of proficiency. It might also explain why I sometimes feel I'm just fiddling with my manuscript.

Interesting post. What does that say about us? I love that the children wanted to hang out with him!!

Amazing story...I bet I wouldn't have stopped either. I'm just programmed to march everywhere at double speed whenever I'm on public transport...

That is some story (one worth dramatasing as a story I'd say). It seems to me to say something about self-publishing vs. conventional publishing maybe?

Great story, Susie and thanks for bringing it to our attention.

Oh, bother - I left a long reply but it's just got eaten up by Blogger!
Sarah, did you know that Richard and Judy are starting 'their' book club again?
Simon, like your take on it.
LOL, Derek!
Susiex

Wow, thank you for sharing. It is amazing how we make people on the street or in the metro station invisible. If we don't see them, they don't exist and we don't have to be concerned with them. Lots of lessons in this one post. Thanks for sharing.

This is frightening but so true. If nobody knows who you are, they don't realise how good you are. For artists in any medium, profile is everything. Excellent post, Susie.

Thanks, dirtywhitecandy - I can't take any credit for the post itself - it's doing the rounds on the web. But I felt it was so telling it was worth posting here.
Susiex

I had heard this amazing story before. It is hard to believe. It also amazes me the way adults teach children to stop seeing the world around them.

I love that the three-year-olds wanted to listen. Before anyone tells them what's "good," before they "learn" that music is different according to where you hear it.

So true, Susan!
Thanks all for your comments and thoughts.
Susiex

Perhaps if they'd had the guy play in a park or somewhere where people were more receptive to listening to live music? Afterall its not really a similar baseline is it - people attending a live music concert or rushing to work/home on the train?

Fair point, Anon, but I think they deliberately had him do it in a place where buskers normally hang out so that the public would perceive him as such.
Susiex

True. I suppose then he wasn't a very successful busker - is the point stick to what you're good at?! ;-)

LOL, Anon! Or...never allow anyone else to be the arbiter of your creative abilities?
Susiex

Fascinating story. The more you have to pay for something, the greater you perceive its worth. The busker is free entertainment, therefore can't be any good, goes the psychology.

I love all the different slants on this story - it's so multi-layered and is such a telling commentary on our culture.
Susiex